Pop star Ariana Grande is on quite the real estate spree as of late. After years of the rental life in California, the “Thank U, Next” singer made two big home purchases. She recently scooped up a $13.7 million Hollywood Hills mansion, and now it turns out she also added a Santa Barbara retreat to her home portfolio.

The Grammy Award-winner paid none other than frequent home flippers Ellen DeGeneres and Portia de Rossi $6.75 million for a two-bedroom, 2.5-bathroom house in Montecito, per the Los Angeles Times. DeGeneres and de Rossi, who maintain a serious real estate footprint in the ritzy California town, only owned this house for a few months before flipping it for a major profit.

SEE ALSO: Rihanna Is Renting the Kardashians’ Former Hamptons Home for $415,000 a Month

DeGeneres and de Rossi, who own a number of multimillion-dollar homes all around California, paid $3.6 million for the property in January, and after a few speedy upgrades, tossed it back on the market for $6.9 million in March. The sale closed by May, with Grande getting a very minor discount.

The home is known as The Porter House, and is composed of two separate structures that were originally English barns from the 1700s. The two buildings are connected by a glass-enclosed orangery.

There are exposed beamed ceilings and casements windows throughout the 5,500-square feet of space.

According to Architectural Digest, DeGeneres and de Rossi updated the kitchens and bathrooms, added a new laundry room and brought in modern light fixtures. They always planned on renovating and selling this house; the listing broker, Robert Riskin of Riskin Partners Group, previously told Mansion Global that they purchased the property “with the intention of renovating and selling…[t]hey loved working on this home, and are thrilled with how it turned out.”

The newly revamped kitchen is equipped with wood cabinetry and black countertops, and is open to a dining area.

The living room is centered around a white-framed fireplace. There’s also a solarium and a lounge.

The backyard is filled with gardens, greenery and brightly colored flowers, with various seating spaces and stone accents.

i’ll do anything to earn my umbrella back @ladygaga pls

It looks like Grande is already all settled into the home, at least according to her Instagram posts. She’s already shared a few snaps from inside the property, including in the modern tub in the master bathroom, for her new single with Lady Gaga, “Rain on Me.” 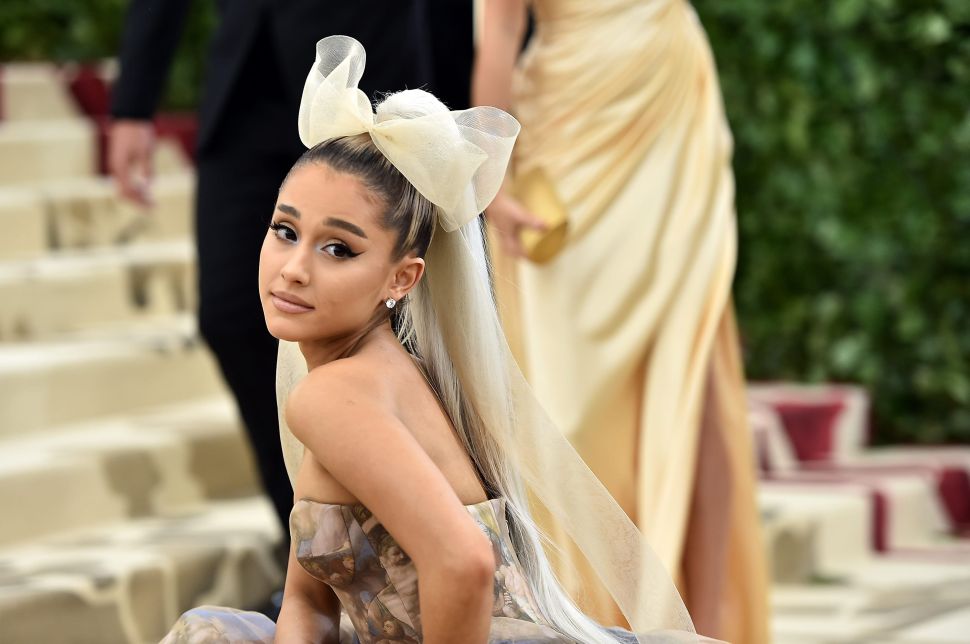