Perception is partly shaped by context. You might be more inclined to enjoy a brisk yet hollow 95-minute kids movie from the comfort of your own couch at your own leisure as opposed to trekking to a movie theater, buying tickets, slogging through a sub-par feature and then grousing about it all the way home. Such is the gift of streaming, which has created not just a new method of content delivery, but a more forgiving mental state for audiences to consume certain films.

Artemis Fowl, Disney’s big budget adaptation of author Eoin Colfer’s popular fantasy novel, was originally set for a theatrical release before the Mouse House rerouted it to Disney+ due to the coronavirus pandemic. Even if the world’s movie theaters hadn’t been forced to close, Disney+ is a far more natural and risk-free fit for director Kenneth Branagh’s formulaic sci-fi fantasy adventure.

The film follows the journey of 12-year-old genius Artemis Fowl (Ferdia Shaw), a descendant of a long line of criminal masterminds, as he desperately tries to save his father (Colin Farrell in another mediocre Disney flick after Dumbo) who has been kidnapped. In order to pay his ransom, Artemis must infiltrate an ancient, underground civilization—the amazingly advanced world of fairies—and bring the kidnapper the Aculos, the fairies’ most powerful and coveted magical device (hint: it’s super power is vagueness). Oh, and Dame Judi Dench, undoubtedly doing a favor for her old friend Branagh, Batman-voices her way through as a fairy commander.

At its center, Artemis Fowl hopes to be a film about belief in the impossible and the relationship between a son and his father. In reality, it’s a quickly paced showcase for creature design and special effects, some of which is mildly enjoyable (I don’t know what Josh Gad is doing as a giant dwarf, but at least he seems to be having fun).

It’s a MacGuffin-based story with little rhyme, reason or explanation. The movie is a PG-version of Men in Black, a Lord of the Rings epic scrubbed clean of all the character and complexity. Artemis Fowl is the rare fantastical feature that could actually benefit from more exposition and world-building. One imagines that Disney might have opted for a pared-down edit to streamline the film once the decision was made to send it directly to streaming. But, at just 95 minutes, there’s not really enough time to get hung up on the nonsensical nature as the movie trots from one scene to the next.

There’s little for parents or Disney+ loving adults to get excited about, but cooped-up kids are sure to dig it. A precocious and brilliant tween who discovers a hidden world of magic is exactly the type of exciting wish fulfillment children who have been locked inside for three months are craving. Massive trolls get blasted with energy lasers—definitely a draw for a certain demographic. If nothing else, Artemis Fowl boasts great gadgets, colorful costumes and nifty action sequences. Why Branagh has devoted his recent career to Disney’s sanitized sandbox is a mystery, but the director can still flash from time to time.

Outside of its major brands, Disney has struggled to open new-to-screen franchise plays. Prince of Persia, John Carter, The Lone Ranger, Tomorrowland and A Wrinkle in Time all failed to generate the intended interest via theatrical release. By moving Artemis Fowl to the more forgiving battleground of Disney+, Disney has likely spared itself a box office embarrassment while empowering its most important asset. That the film is a mediocre product doesn’t matter nearly as much as the fact that Disney+ now has a shiny new big-budget spectacle to dangle in front of its core audience. 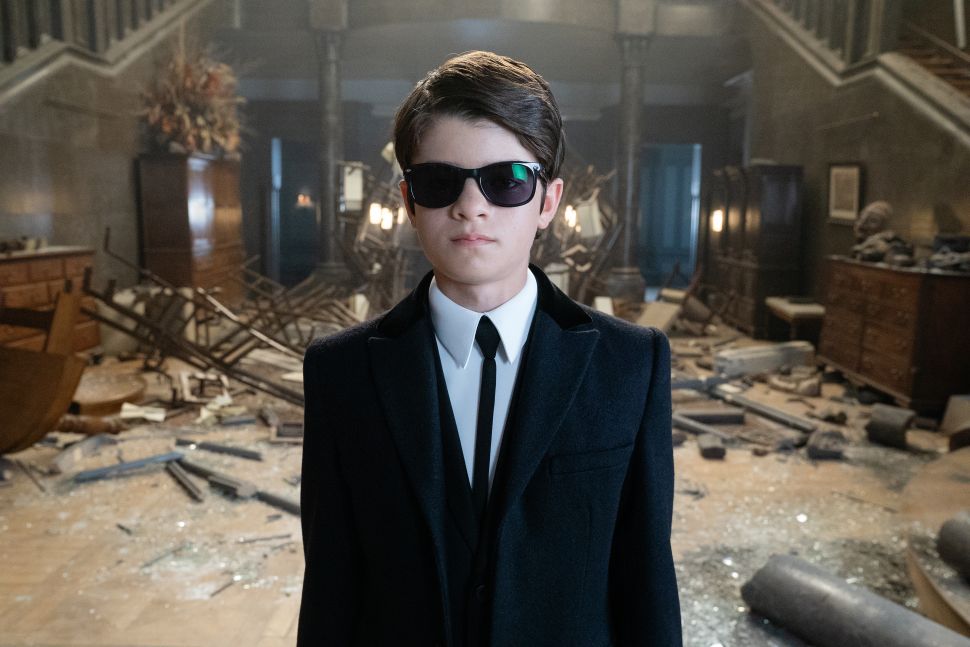