Since the coronavirus lockdowns became necessary all over the globe, live theater and opera companies have taken a huge hit: the Metropolitan Opera in New York City’s cancellation of their fall season will cost them $100 million in lost revenue, and vocal masters like Andrea Bocelli have been forced to sing over livestream in order to perform. On Monday, however, Barcelona’s Liceu opera house re-opened after months of necessary shutdown with an ingenious spectacle. Their Concert for the Biocene, a concept which came from the Spanish conceptual artist Eugenio Ampudia, involved the Uceli string quartet playing Puccini’s Crisantemi to 2,292 plants “seated” in the opera house.

The result was a series of positively stunning visuals which quickly made the rounds on social media: clustered comfortably in such an opulent setting, the plants appear to be as congenial and reverent in the audience as human beings would be when listening to classical music. “At a time when an important part of humankind has shut itself up in enclosed spaces and been obliged to relinquish movement, nature has crept forward to occupy the spaces we have ceded,” Ampudia explained to The Guardian when asked what inspired him to create the concert. “And it has done so at its own rhythm, according to its patient biological cycle. Can we broaden our empathy and bring it to bear on other species? Let’s start by using art and music and inviting nature into a great concert hall.”

Puccini’s Crisantemi was played today for an audience of 2,292 plants from local nurseries, exploring the relationship between #art and #nature in a context of a global climate crisis. pic.twitter.com/FCRn08Kk0j

Even though the concert has ended, the project has not yet concluded: every one of the opera house plants will be donated to 2,292 health workers who’ve been battling against the spread of the pandemic. Given how grim 2020 has turned out to be, the Concert for the Biocene is almost shockingly gentle and beatific, and will almost certainly turn out to be one of the most memorable large-scale contemporary art projects of the year. 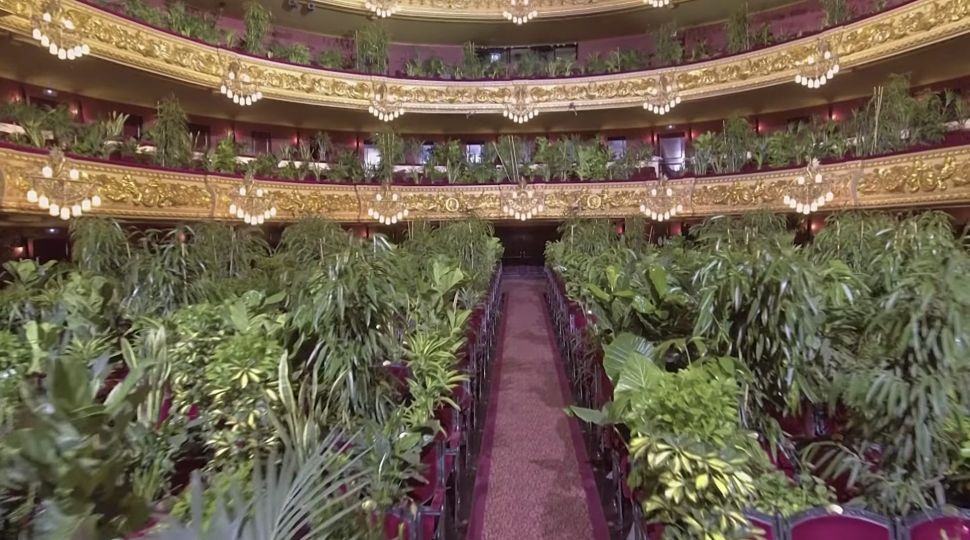