Many people view the Batman film franchise as we know it today beginning with Batman (1989). Yet, Batman isn’t a character or a franchise that can be defined by any one movie or comic book; you need to look at all its myriad rotating and revolving pieces in order to get a full picture of what Batman means. There is something great to be pulled from every era, including the out-of-this-world fun of the 1966 Batman TV series, all the way up to, you guessed it, the over-the-top camp of Batman Forever, the 1995 film directed by Joel Schumacher and written by Lee Batchler, Janet Scott Batchler and Akiva Goldsman.

In honor of Batman Forever’s 25th anniversary this week, we thought we’d take a look back on why it and its direct follow-up Batman & Robin—derided for decades as inferior Batmen—are not at all off-theme for the character. In fact, they celebrate the weird and wonderful origins of Batman just as much as any other take, before or since.

Batman of the early days wasn’t exactly lacking in seriousness. The character and his adventures were inspired by pulp stories featuring hard-boiled detectives solving gruesome murders and dominating newstands in the pre-WWII United States. Yet it would be equally wrong to say that there wasn’t a bit of camp in Batman comics going all the way back to his first appearance in Detective Comics #27. This became doubly true when the comic began introducing Batman’s larger supporting cast. For instance, though Catwoman began as a straightforward, murderous femme fatale, she rapidly escalated to bizarre, often hilarious cat-themed crimes, delivered with puns to spare. Even the grisliest villains of the series, such as Two-Face, relied on an occasionally comical gimmick like an obsession with a scratched coin which is used to make every decision, from what to eat that day to whether or not to kill Batman.

Naturally, the camp aspects of Batman reached their absolute height with the Batman ‘66 TV series. The casting and comic panache of Adam West and Burt Ward granted the show an immediate air of spoofy fun. Further casting choices, like Cesar Romero and his painted-over mustache or Tallulah Bankhead as a murderous widow, reading the script with all the enthusiasm and skill she brought to legendary theatrical roles.

After the Batman ‘66 series ended, the comics made a dedicated attempt to de-campify the Batverse, growing more serious in tone as creators like Denny O’Neil, Neal Adams and their successors took on the character. This same thing is more or less what happened between Batman & Robin and the Christopher Nolan films. In comics and on TV, Batman stories grew intentionally more somber. Batman Forever, and even its follow-up Batman & Robin, are regularly dismissed for being goofy, but they are nowhere near the origin point of campy fun in the Batverse, nor are they the only time the camp went far enough into the red that executives felt it needed to be reined in going forward.

The esteemed villains and super friends

Batman Forever introduced two of the franchise’s most iconic villains, Two-Face and the Riddler, to film fans of the mid-’90s. These villains are both portrayed as garish, neon-colored, in-your-face fanatics, and honestly? It works. Neither character had the thoughtful exploration we’ve seen since in comics or TV series like Gotham. This was the first introduction of these characters for a lot of people, and it paved the way for more meditative but equally bizarre takes down the line. Both Tommy Lee Jones and Jim Carrey give the roles their all, and the cartoonish puns and wild performances don’t undermine their genuine creepiness.

Dr. Chase Meridian (Nicole Kidman) was introduced in this film and has barely been seen since. (She is a character in the comics now but has only appeared in a minor role.) There’s a lot to say about how ridiculously little this script gives a brilliant criminal psychologist with an overriding interest in superheroes to work with, and most of her time onscreen is dedicated to looking sexy and pointing out the obvious. Kidman went on to so many great roles that this can’t help but feel like a missed opportunity looking back, but she’s still a captivating presence and an interesting concept for a romantic interest for Batman as a sort of reverse Harley Quinn. Here’s to you, Chase Meridian, we truly barely knew ye.

Dick Grayson, meanwhile, is excellent. Chris O’Donnell is iconic as Batman’s rebellious, temperamental young ward. O’Donnell’s Robin combined a lot of the traits of Dick Grayson of the comics with Batman’s ill-fated partner Jason Todd. The confidence and affability of Dick Grayson meshed seamlessly with the anger and outrage of Jason to create a new take on an old character. Even now, many people cite O’Donnell as their definitive Robin, and his relationship with Bruce is portrayed excellently in both Batman Forever and Batman & Robin. Bruce’s prudence in response to Robin’s brash heroism creates surprisingly nuanced interactions. Of all the different versions of Batman and Robin’s partnership, this remains one of the most compelling.

“I’m both Bruce Wayne and Batman, not because I have to be, no—because I choose to be.”

Then, there’s Batman himself. Val Kilmer was an interesting choice for Batman, and definitely reads a little bafflingly as the midway point between Michael Keaton’s lonely weirdo and George Clooney’s Adam West tribute. Against all odds, Kilmer still works exceedingly well in this role. He has a level of detached sorrow that doesn’t always fit the tone of the film, but certainly fits what we know of Batman. His recollections of the past and his indecisive air both add a slightly poetic feel to some truly ridiculous moments, and the dissonance adds to the film a lot more than it detracts. Kilmer likely won’t go down in history as the greatest Batman, but it would be wrong to say that he didn’t give it his own flair.

The Batman franchise changes with the times, and there’s no way to predict what the times will hold. Campy Batman worked for 1995, netting Batman Forever more than three times its budget at the box office, but even under the same directorial vision, it did not work for audiences of Batman & Robin in 1997. Both still made a profit, and certainly neither of them stood in the way of several more Batman movies of vastly different tones getting made after. In the end, the reason Batman is such an influential character is precisely his malleability and the ease with which so many different creators have been able to transform him in ways both big and small to accommodate their respective visions. While there is no denying hyper-serious, tech-savvy Batman is the definitive version of the character for many, there will always be room for the silly, over-the-top, campy Batman in many of our hearts as well. 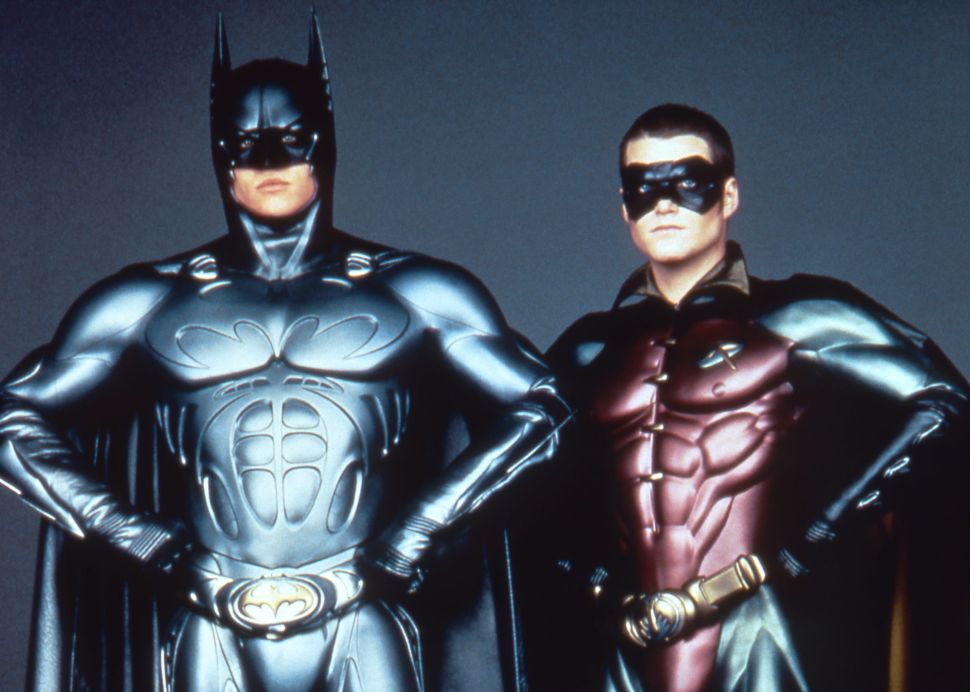