Disney+ is a vast wonderland of shows and movies to stream instantly. Shows like The Mandalorian and High School Musical: The Musical: The Series jumped immediately to people’s watch list and were social media trends each week as new episodes dropped. But for those who are looking for something a little more in-depth about different aspects of the Walt Disney Company, or just want to learn a little something without being inundated by a song and dance routine, documentaries are a great alternative.

Disney+ has a full list of documentaries to stream at any time, including a variety of programs from National Geographic and a few things about Star Wars and Marvel, all of which Disney owns. If you’ve ever wondered what it’s like to work at Disney, see behind the scenes while George Lucas was creating the original Star Wars trilogy, or even learn about a legendary conservation activist, Disney+ has a documentary on it.

Here’s a glance at ten of the best documentaries to watch on Disney+, with even more to discover on the streaming service.

The Boys: The Sherman Brothers Story

Even if you don’t know who the Sherman brothers are, you most likely know their iconic songs from classic Disney movies like Mary Poppins, and attractions at the Disney parks such as Walt Disney’s Enchanted Tiki Room. The Boys: The Sherman Brothers Story hones in on the rocky relationship between Robert and Richard Sherman, their time working directly for Walt Disney, and what happened to create such animosity between the two brothers today. One scene in particular brings the viewer behind the curtain to show where Walt and the Sherman Brothers are explaining the song-writing process, saying that all songs have to be singable, simple and sincere, which are still the guidelines used by Disney today. Watch: The Boys: The Sherman Brothers Story.

If you’ve ever wondered how everything in the Disney parks are created you’re going to want to add The Imagineering Story to your Disney+ watch list. The docuseries is only six episodes long, but each one touches on one major theme park and how it was created, from the tiniest aspect like the color of the ride vehicles to the major park icons like the Tree of Life at Disney’s Animal Kingdom. Episode two, “What Would Walt Do?” is especially eye opening since the entire episode focuses on the time in Walt Disney Imagineering (then WED Enterprises) after Walt Disney died and what the team would do with Walt’s “Florida Project” including Epcot and Magic Kingdom. Watch: The Imagineering Story.

Walt and El Grupo bring together the stories and images of Walt Disney’s time in South America with part of his animation team as they toured the continent on a good will tour for the United States government. The documentary shows scenes of legendary animators like Mary Blair and Frank Thomas sketching everything they saw, which would eventually turn into the classic films Saludos Amigos and The Three Caballeros. You’ll even see a young Walt Disney donning a gaucho ensemble while touring the Pampas in Buenos Aries, which would go on to  inspire the animation of Goofy as an American cowboy visiting South America. Watch: Walt and El Grupo.

Frank Thomas and Ollie Johnston were part of Walt Disney’s elite group of animators lovingly dubbed “the nine old men.” Frank and Ollie tells the tale of two of those animators, including their unique friendship and working directly with Walt Disney at the height of hand-drawn animation in the ’40s. One moment of particular interest is when Frank and Ollie both discuss one of the final scenes in The Jungle Book where Baloo has to take Mowgli back to the man village, and the animators have an in-depth discussion on how Baloo should be acting and how to draw that moment to show the emotional strain on the duo. Watch: Frank and Ollie.

The mid-’80s and early ’90s are typically known as the Disney renaissance when it comes to animated films. During Waking Sleeping Beauty viewers get an inside glimpse of the animation department at Disney, including storyboarding meetings for Oliver and Company, and the original meeting for the song “Under the Sea” from The Little Mermaid. Interviews with former Disney CEO Michael Eisner also show how important the animation department was to him, and mentioning that animation is the Walt Disney Company’s legacy. Watch: Waking Sleeping Beauty.

One Day at Disney

One Day at Disney features the many arms of the Walt Disney Company, where you’ll listen in on a meeting with Pixar executives and creatives, ride along the Disneyland Railroad with a cast member who drives the train, and explore the day-to-day operations of someone who creates new uniforms for the Marvel super heroes, all through the perspective of then-CEO Robert Iger. One behind the scenes clip that Disney parks fans will not want to pass over is when Dr. Natalie Mylniczenko, a vet at Walt Disney World, gives a porcupine an ultrasound to see if she’s pregnant and does a general health exam on a massive rhino. The scene goes on to show the vast number of animals under Dr. Mylniczenko’s care, including gorillas and stingrays. Watch: One Day at Disney.

You might know Jane Goodall from her life’s work with gorillas and other primates all around the world. Jane Goodall: The Hope shows a more relatable side to the animal activist, where she speaks to class rooms and auditoriums on the importance of conservation and being an activist for nature. One unique auditorium is outside in the dense forest of Zanzibar where Goodall encourages young people to get involved in their community and make an impact, not only for themselves but for the animals that live there as well. Watch: Jane Goodall: The Hope.

Empire of Dreams: The Story of the Star Wars Trilogy

Star Wars fans from around the galaxy will want to add Empire of Dreams: The Story of the Star Wars Trilogy to their list of things to watch on Disney+, where rarely seen behind-the-scenes clips, interviews with the stars and insight from George Lucas all shine. A major point that is not to be overlooked is when the team talks about filming various ships flying and fighting in the galaxy. The team explains in depth about mirroring video from World War II air strikes and fights, even down to which way the pilot inside the plane is facing for a maneuver to set up galactic fight sequences and direct stars like Harrison Ford. Watch: Empire of Dreams: The Story of the Star Wars Trilogy.

Marvel 75 Years, From Pulp to Pop!

Fans of Marvel comics and movies will enjoy Marvel 75 Years, From Pulp to Pop!, where famous comic book writers and animators of yesterday and today talk about the ebb and flow of Marvel comics in popular culture. Captain America is discussed at length, especially during his creation in the midst of World War II and Nazi Germany. This journey is seen all the way through to the 2006 release of Marvel Comics “Civil War” where Captain America is made to be a figurehead for the fight for liberty. Watch: Marvel 75 Years, From Pulp to Pop!

Walt Disney’s legacy can be found in many forms across the Walt Disney Company, but it’s most notable form is in animation, which many consider to be the backbone of the company. In The Plausible Impossible, Walt himself goes through a book called The Art of Animation to show how animation works, and show off a never-before-seen paper test of a deleted scene in Snow White and the Seven Dwarfs. The test starts on an animators desk to show the background work and the character work, then the full scene with sound and pencil animation is shown, but no color has been added from the ink and paint department yet. Watch: The Plausible Impossible. 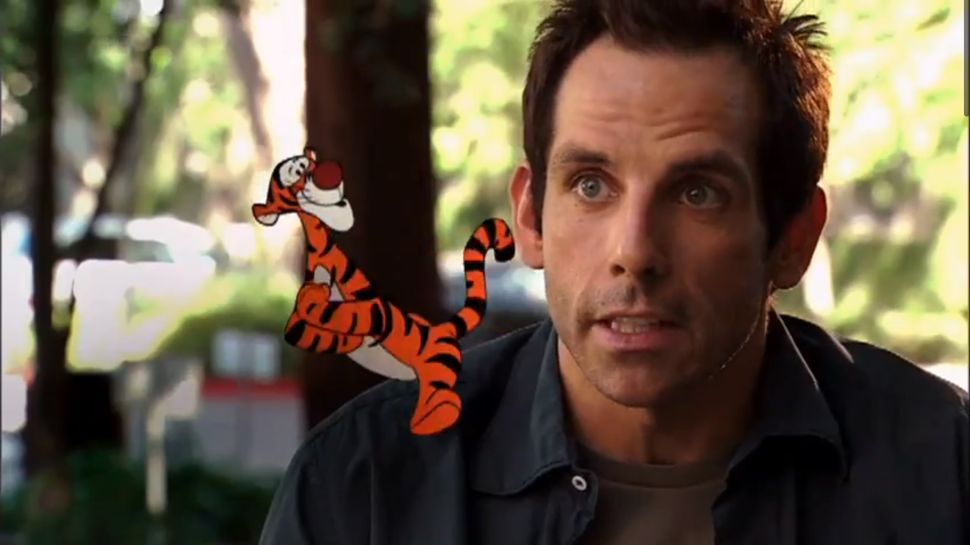 Filed Under: Movies, Entertainment, Documentary, Disney Plus, Walt Disney, Empire of Dreams: The Story of the Star Wars Trilogy, Frank and Ollie, From Pulp to Pop!, Jane Goodall: The Hope