A second wave of new COVID-19 cases is sweeping the country, but business appears to be stabilizing in certain regards. Amazon stock has jumped nearly 10 percent over the last month alone. The boost has further spurred rumors that the retail and tech giant may be expanding its entertainment division by swooping in on the vulnerable AMC movie theater chain, the largest in America. But Amazon doesn’t need AMC.

Amazon Prime Video already houses an impressive collection of films and is arguably the best bang-for-your-buck streaming service alongside Netflix. Perhaps what is most appealing about the platform’s library is its extensive roster of underrated and overlooked films that suffered from poor box office runs. A financial struggle can drape an unfairly earned bad reputation around a film and with exhibitor revenue splits (50 percent domestic, 25 percent overseas) and extensive marketing costs, it’s harder than ever to turn a profit these days. So, for your viewing pleasure, we have plucked the 10 best movies currently on Amazon Prime Video that flopped at the box office.

Be sure to check out similar lists for Netflix, Disney+, and HBO Max. Each title below is linked to its Amazon page, for your bingeing convenience.

Bumblebee is most certainly not a box office bomb, but it was a financial step back when compared to the rest of the live-action big screen Transformers franchise. Despite being arguably the best entry in the series and easily the most critically acclaimed, Bumblebee scored the lowest opening weekend ($21.6 million), domestic total ($127 million) and worldwide total ($468 million) of any film in the franchise. As such, Paramount Pictures is reportedly developing two different Transformers scripts, one that takes place in the Bumblebee universe and one that launches a new continuity. The Hailee Steinfeld-led pseudo-prequel reboot was a surprisingly sincere and entertaining adventure; imagine a turbo-charged E.T. doused in gasoline. Watch it on Amazon.

Okay, A24. I’m really going to need you to stop breaking my heart. Every time I get out of one of your movies I’m an absolute emotional wreck and The Last Black Man in San Francisco is no exception. The film follows Jimmie Fails, who dreams of reclaiming the Victorian home his grandfather built in the heart of San Francisco. Joined on his quest by his best friend Mont, Jimmie searches for belonging in a rapidly changing city that seems to have left them behind. There’s a beautiful melancholy to the movie as it laments what once was while unfurling in such confident fashion that you’d hardly believe this was director Joe Talbot’s feature directorial debut. Watch it on Amazon.

Overlord starts off as a relatively straightforward World War II film with a hard rock sensibility before taking a left turn into full-fledged horror. Basically, it’s about killing zombie Nazis, and who among us can’t get behind that? Watch it on Amazon.

Honey Boy, the semi-autobiographical tale written by Shia LaBeouf and directed by Alma Har’el, is one of the best films of 2019. The movie, carrying a hypnotic and dream-like quality, feels like a memory and explores how our past traumas can define us up until the point we’re finally ready to confront the past. We are all performative creatures to a certain degree and Har’el told Observer that the film film is mostly about “the relationships between fathers and sons, that includes those expectations and the disappointment that certain men carry about their own capability to perform that masculinity.” Watch it on Amazon.

A career-best performance from Ethan Hawke went completely unrecognized by the Academy Awards in a year in which false teeth won the Best Actor Oscar. Writer-director Paul Schrader (Taxi Driver) crafts a darker-than-expected tale surrounding a Reverend and an expecting couple that delves into a crisis of faith on multiple levels. It’s an intense and gripping watch spearheaded by Hawke’s apex turn. Watch it on Amazon.

The Lost City of Z

It’s understandable why some casual movie fans may accuse The Lost City of Z of being slow and boring. But the longer you stick with it, the more it pays off. Buoyed by a talented cast (Charlie Hunnam, Tom Holland, Robert Pattinson, Sienna Miller) The Lost City of Z tells the incredible true story of British explorer Percy Fawcett, who journeys into the Amazon at the dawn of the 20th century and discovers evidence of a previously unknown, advanced civilization. Fawcett is met by provincial and ignorant ridicule by the scientific community who can’t accept that indigenous populations are capable of civilized society before his disappearance in 1925. Unfortunately, talented writer-director James Gray followed this up with Ad Astra, another high-quality film that failed to make much money at the box office. Watch it on Amazon.

Spike Lee delivers a modern-day adaptation of the ancient Greek play Lysistrata by Aristophanes, set against the backdrop of gang violence in Chicago. It’s fair to say that Chi-Raq is messy and all over the place, but it’s also completely secure in its own identity and supremely confident in its messaging. In an era of compromised visions, we can always count on Spike Lee to tell it like it is. Watch it on Amazon.

Logan Lucky continues to be one of the more underrated films of recent years. The George R.R. Martin joke halfway through is worth the price of admission alone. Director Steven Soderbergh’s versatility is simply astounding as he manages to seamlessly shift between genres, tones, and styles. Here, he’s driving a deliciously silly heist comedy featuring great work from Channing Tatum, Adam Driver, and Daniel Craig. One self-aware joke within the film describes it as “Oceans 7-11,” which beautifully captures the decidedly lo-fi rural trickery held within. Watch it on Amazon.

It’s a bit trite and hackneyed to have The Boondock Saints here after every film student of the last 20 years has championed it as an underground masterpiece. But hey, cult-classic status is achieved for a reason, right? Watch it on Amazon.

Perhaps because Mixed Martial Arts is still unfairly kept on the periphery of certain mainstream circles, Gavin O’Connor’s predictable yet powerful Warrior is not mentioned among the recent crop of top notch sports movies. But it deserves to be as it effectively nails each trope we’ve come to expect from the genre without ever losing steam. An impressive cast that features Joel Edgerton, Tom Hardy, and Nick Nolte powers a story of family, love, and loss through the lens of combat sports. The action is exciting and the heart is authentic; perfect for a weekend watch. Watch it on Amazon. 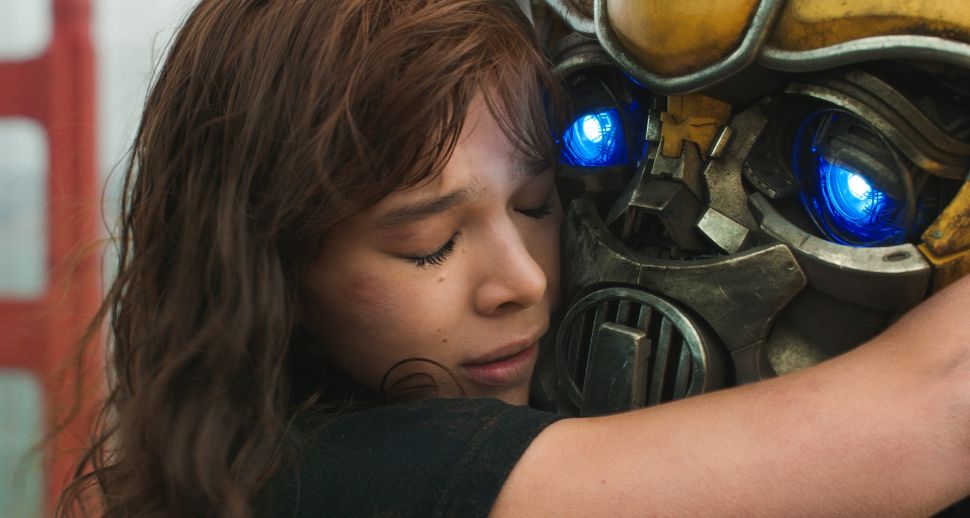