WarnerMedia’s HBO Max launched last week and although the high-profile new streaming service is off to a sluggish start, there’s plenty of great content to unpack. Specifically, HBO Max comes with an impressive library of thousands of films. Now unfortunately, not every movie that gets released into theaters earns a billion dollars at the box office. Shocking, I know. Too often, high quality films will go largely ignored by audiences, only to be discovered later in their lives through secondary markets. For the most part, that’s been the case for the following movies.

After perusing the extensive HBO Max library, we’ve pulled the 10 best films that bombed at the box office. Remember, Hollywood accounting can be tricky as studios typically take home 50 percent of domestic ticket sales and 25 percent overseas, with the rest going to movie theaters. Then when you throw in marketing expenses and other ancillary costs, you can see how a film can earn more than its budget at the box office, but still lose money.

SEE ALSO: 50 Years Ago, a ‘Planet of the Apes’ Sequel Blew the Series Open

Each title is linked to its HBO Max page, for your bingeing convenience.

Babe: Pig in the City

Somehow, director George Miller can make both Mad Max: Fury Road and Babe: Pig in the City. I want a piece of whatever is going on in that guy’s head. This 1998 feature gets extra credit for tackling some darker subject matter while still maintaining its charm and inspirational message about the need for kindness. It’s pretty amazing that a movie with an animal for its lead could be so emotionally affecting.

That’ll do pig, that’ll do. Watch it on HBO Max.

Not precisely a box office flop by any means, but not a breakout runaway hit either. Body Heat comes from Lawrence Kasdan (whose little known film The Empire Strikes Back you might enjoy) and stars William Hurt and Kathleen Turner. This sexy 1980s noir is exactly the type of adult-driven fare that Hollywood has put to bed over the last decade. There’s adultery, conspiracy and a whole lot of bouncy hair. Pretty great. Watch it on HBO Max.

What is the appropriate moratorium length required before declaring a film a cult classic? Guillermo del Toro’s Crimson Peak was a highly anticipated flop when it hit theaters in 2015. But in the ensuing years, it has become a popular viewing choice among Film Twitter.

The Fountain is undoubtedly unfocused as it spans multiple lifetimes and cosmic locations, but its beautiful delivery and central message is truly stirring. A personal favorite of this writer’s, the movie is arguably director Darren Aronofsky’s most ambitious work and definitely his most underrated. Critics mostly hated it—no doubt there’s a touch of pretentiousness in all the fanciful trappings—but I’m a sucker for a tale of love that transcends time and space. If nothing else, Hugh Jackman and Rachel Weisz give dynamite and overlooked performances as they portray three different characters in three different times—a 16th century search for the biblical Tree of Life, a distant future in which a lone man travels through the cosmos, and a present-day tale of a man searching for a cure to his wife’s terminal illness. Watch it on HBO Max.

Director Spike Lee has always been a timely and relevant voice and this criminally underseen 1998 gem is no exception. Legendary leading man Denzel Washington is a convict who is promised a reduced sentence if he can convince his estranged son, the country’s top college basketball recruit, to play for the state governor’s alma mater. It’s a surprisingly humorous but always grounded and thoughtful examination of race, family and our hero worship of sports stars.

It’s hard to imagine a one-on-one basketball game between a then 44-year-old Washington and future NBA Hall of Famer Ray Allen serving as an emotional and compelling climax, but it does. He Got Game always manages to surprise you with how well each choice pays off. Watch it on HBO Max.

Don’t let anyone ever tell you that movies directed at children or films that utilize animation can’t be complex, intelligent and capable of deep pathos. The Iron Giant is a great example of how powerful a tale ostensibly aimed at children can be. The film harkens back to mid-century style yet with an updated sensibility that explores the push-and-pull between power and humanity. Director Brad Bird would go on to make such behemoth blockbusters as The Incredibles franchise and Mission: Impossible—Ghost Protocol, but The Iron Giant is his true magnum opus. Watch it on HBO Max.

Once Upon a Time in the West

John Wick director Chad Stahelski told Observer that he considers the opening six-minutes of Once Upon a Time in the West the greatest action scene in movie history. If that doesn’t immediately convince you, you’re in need of some serious help. Watch it on HBO Max.

Steve Martin, John Candy and John Hughes. What more do you need than two iconic comedic performers and one of the best pure storytellers of the late 20th century? How this movie didn’t quadruple its budget at the box office is a mystery scholars will be debating until the end of time. It’s a holiday classic, first and foremost, but also a surprisingly tender and heartfelt comedy about the everyman. Watch it on HBO Max.

With Uncut Gems currently on Netflix and Punch Drunk Love available on HBO Max, audiences can decide which is Adam Sandler’s career best performance. That sounds like a fun debate between two worthy candidates.

In the hands of Paul Thomas Anderson, Sandler began to alter both the industry and the audience’s perception of him as an actor. As a beleaguered small-business owner in Punch Drunk Love who gets a harmonium and embarks on a romantic journey with a mysterious woman, he shows us a far more serious and damaged side of himself. It’s a stark departure from his typical man-child comedic romps and a reminder that there’s often more than meets the eye. Watch it on HBO Max.

Again, not quite a box office bomb as the overall haul far surpassed its budget. But Scanners wasn’t exactly a phenomena at the time of its 1981 release, so it makes the list.

David Cronenberg is one sick puppy (we mean that in the most complimentary of ways) and Scanners—which revolves around humans with explosive psychic powers—is a fantastic showcase for his unique sensibilities. The famous exploding head has become the lasting image from this film and displayed an impressive command of visuals and practical effects. Give Scanners another chance and tell me it didn’t influence the decade of effects-driven films to come. Watch it on HBO Max. 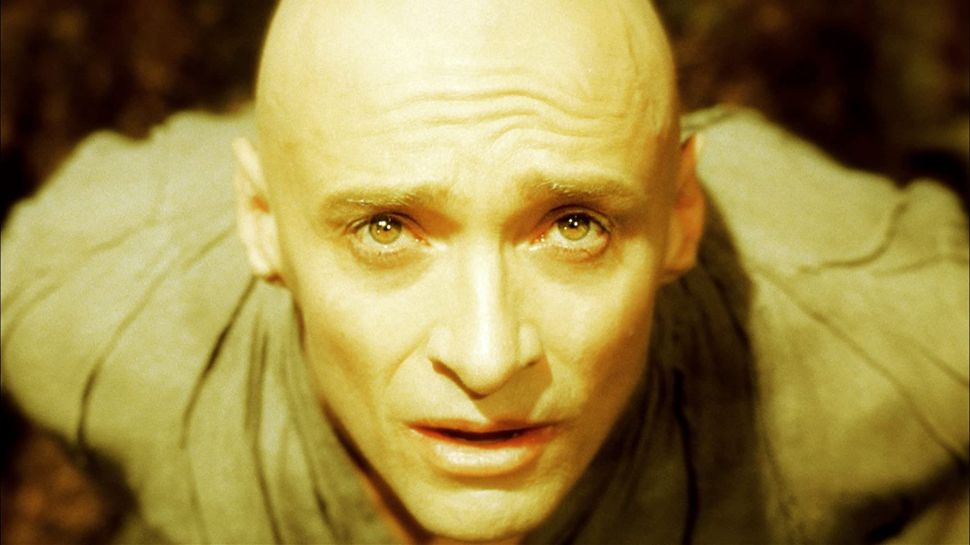