Netflix is the biggest SVOD streaming service in the world, having spent nearly a decade investing in and developing a prodigious library of attractive original programming. But many forget that the company first launched in 1998 as an online DVD rental resource. Netflix’s foundation is literally built upon movies and, in that regard, the streamer continues to house an impressive collection of films. But, unfortunately, most movies struggle to turn a profit at the box office and can be hit with the dreaded “flop” and “bust” labels. Luckily, streaming offers under-appreciated and overlooked movies with a second chance at life.

Below are our picks for the 10 best films currently available on Netflix that bombed at the box office. It’s worth noting that movie studios generally receive 50 percent of domestic ticket sales and 25 percent overseas, with the rest of the revenue pocketed by movie theaters. When you combine that with costly marketing expenses and all the other investments that go into releasing a film, you suddenly realize how a movie can earn more than its budget at the box office and still lose money.

SEE ALSO: CBS All Access Will Relaunch In 2021 As a ‘Super Service’

Each title is linked to its Netflix page, for your bingeing convenience.

David Fincher is a Hall of Fame filmmaker, and one can easily make the case that 2007’s Zodiac is his best and most complete movie overall. Fincher manages to induce paralyzing anxiety with mere atmospheric suggestion and produces an electric thriller that thrives without the gore of its mainstream contemporaries. Zodiac is a character-first mystery with a dynamite cast (Jake Gyllenhaal, Mark Ruffalo, Robert Downey Jr.) and an unsettling tone that makes your stomach queasy. It’s a commitment at 157 minutes, but Fincher’s meticulous reconstruction of 1970s San Francisco is worth every second. Watch it on Netflix.

Non-English films continue to rise in popularity here in America, as evidenced by Parasite‘s deserving Best Picture win at this year’s Oscars. Yet many high-quality movies still fall through the cracks. The South Korean film Burning follows an aspiring writer who goes to the airport to pick up a high school friend returning from a trip to Africa, but is disheartened to see her with another man. From there, a entrancing psychological thriller unfolds filled with ambiguity, urgency, and unease. Don’t let the subtitles stop you—Burning is a fantastic watch. Watch it on Netflix.

Her is hardly a box office flop, bot not quite the breakout hit it deserved to be. Rotten Tomatoes isn’t the ultimate decider of quality, but at 95%, Her is one of the best reviewed films of the decade. It’s easy to see why. Director Spike Jonze deploys the gentlest of touches when it comes to matters of the heart. Joaquin Phoenix carries the film with one of his most relatable performances and Scarlett Johansson’s voice-over work is a key X-factor. While Her blends science-fiction and romance, it always succeeds as a movingly authentic human drama about longing, loneliness and how we change throughout the course of our lives. Watch it on Netflix.

The Princess and the Frog

The Princess and the Frog wasn’t an outright box office bomb, but it also didn’t meet the typical Disney standards. That’s a shame as the 2009 flick marked a brief return to traditional animation, which comes across in the movie’s vibrant color scheme and fanciful settings. Set in 1926 New Orleans, The Princess and the Frog follows Tiana, a hardworking waitress who dreams of opening her own restaurant. After kissing a prince who has been turned into a frog by an evil voodoo sorcerer (classic Disney), Tiana becomes a frog herself and must find a way to turn back into a human before it is too late. It’s light on its feet and a visual throwback to a simpler time. Watch it on Netflix.

Scott Pilgrim vs. the World

Dazzling visuals, a carefree script, and an absolutely stacked cast have helped Scott Pilgrim vs. the World achieve cult status since its disappointing 2010 box office run. Director Edgar Wright doesn’t get enough credit for essentially delivering the best video game movie ever (even if it’s based on a comic). It helps that practically every scene features a notable name: Michael Cera, Mary Elizabeth Winstead, Kieran Culkin, Chris Evans, Anna Kendrick, Brie Larson, Alison Pill, Aubrey Plaza, Brandon Routh, Jason Schwartzman, etc. This movie is just a whole mess of fun and who doesn’t love to have fun at the movies?! Watch it on Netflix.

With Spike Lee’s Da 5 Bloods hitting Netflix last week, now is a great time to revisit his towering 1992 biopic Malcolm X. Given the climate of American political discourse and the #BlackLivesMatter protests that have swept the globe, Malcolm X remains as timely and relevant as ever. Sadly, that’s not always a positive as the scourge of racism, violence, and ignorance remains depressingly prevalent in this nation. Watch it on Netflix.

Oh, A24. How do you slip past my mental defenses with ease, disarm my emotional booby traps with aplomb, and nestle deeply into my brain and heart every single time? 20th Century Women is a bit unfocused and all over the place, yet so tender and cute that it makes for an endearing watch. Most importantly, it provides the under-appreciated Annette Bening with a rare lead platform which she knocks out of the park.

During the summer of 1979, a Santa Barbara single mom and boardinghouse landlord (Bening) decides the best way she can parent her teenage son (Lucas Jade Zumann) is to enlist her young tenants – a quirky punk photographer (Greta Gerwig), a mellow handyman (Billy Crudup) and her son’s shrewd best friend (Elle Fanning) – to serve as role models in a changing world. It’s all quietly beautiful. Watch it on Netflix.

Tremors needs no introduction as it has grown into a cult classic hit in the ensuing years since its ho-hum release (and spawned its own proto-Sharknado style B-franchise). Kevin Bacon kicks ass, action comedies are fun, and creature features are cool. What more do you really need to know? Watch it on Netflix.

A Most Violent Year

Outside of Adam Driver, Oscar Isaac is probably the closest actor we have to an early career Al Pacino. All of that simmering rage, focused fury, and plentiful pathos is tightly wound in A Most Violent Year, which mutilates the American Dream as it follows an immigrant and his family attempting to succeed in 1981 New York. Surrounding him is the always great Jessica Chastain, David Oyelowo, and Albert Brooks in an underrated anti-thriller. It’s worth revisiting as a slow-burn, thought-provoking commentary on opportunity. Watch it on Netflix.

A borderline perfect coming-of-age film that is wholly unlike what you have come to expect from the gently evolving genre, The Spectacular Now is an honest exploration of youth and our first steps into adulthood. Sutter Keely (Miles Teller) is a high school senior and effortless charmer who unexpectedly falls for the straight-laced Aimee Finecky (Shailene Woodley). The unlikely romance soon becomes a window into the steps both need to take in their lives to truly move forward. Though often humorous, The Spectacular Now is more of a sensitive reconciliation with the sadder elements of adolescence and maturation. Watch it on Netflix. 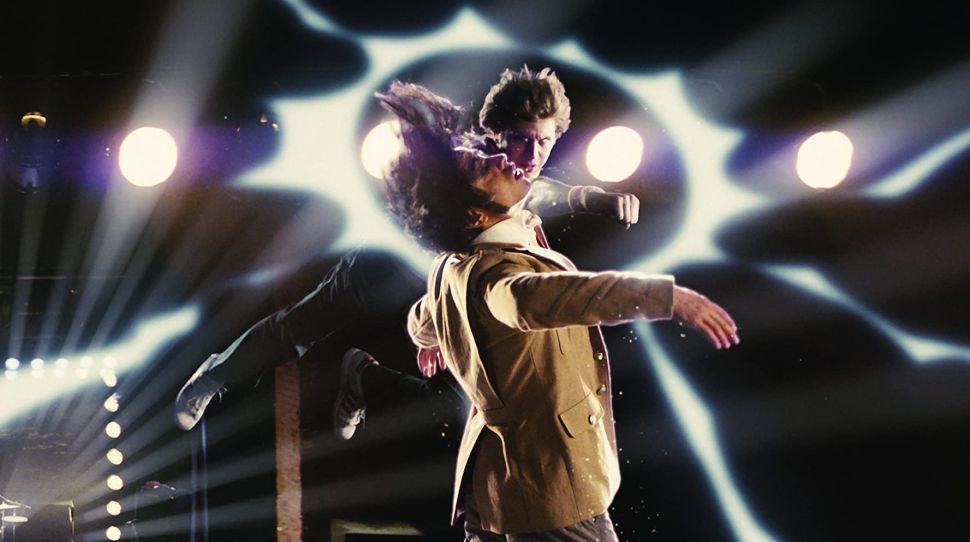