The operatic news from Europe is encouraging: With COVID-19 curves flattening, great companies like the Vienna State Opera, La Scala and the Bavarian State Opera are moving forward with at least modified seasons for 2020-2021.

Here in the U.S., though, the most optimistic reopening dates for opera companies have been pushed back to January. In the meantime, though, American companies and American singers are offering some of the most interesting performances available online.

Tonight, for instance, the Met offers a “Viewers’ Choice” archival video that was determined by an online poll. It’s a very starry performance from more than 30 years ago of Wagner’s Die Walküre headlined by the legendary Jessye Norman. Don’t worry if you don’t have the stamina to sit through the four hours of this epic work all at once: it’s streaming from 6:30 p.m. until tomorrow afternoon.

A more recent performance, this one from the Teatro Real in Madrid, serves as a lavish setting for one of today’s jewels of opera. American soprano Lisette Oropesa takes on the bel canto classic Lucia di Lammermoor in a brooding staging by veteran director David Alden, and she is joined by one of the Met’s most popular stars, tenor Javier Camarena. This stream is available through October of this year.

Back at the Met on Wednesday evening, Broadway star Paulo Szot and visual artist William Kentridge team for Shostakovich’s bizarre 20th century opera The Nose. The glamorous Szot is cast against type as a schlubby government employee who wakes one morning to find his nose has escaped from his face and started a life of its own. Streaming begins Wednesday, July 1 at 6:30 p.m.

The American Symphony Orchestra, based in Annandale-on-Hudson, NY, is a bit off the beaten path, and so is its repertoire. From its archives, the group presents a video of a fully-staged performance of the Richard Strauss rarity Die Liebe der Danäe. In typically Straussian style, the piece mashes up classical mythology and early 20th century nostalgia for the romantic era.

A Donizetti comic opera might seem a less than intuitive selection for the evening of the Fourth of July, but the Met has that covered. All-American soprano Beverly Sills is Norina in Don Pasquale in an archival video from 1979, her final season of operatic performance. The performance streams beginning at 6:30 p.m. on Friday. 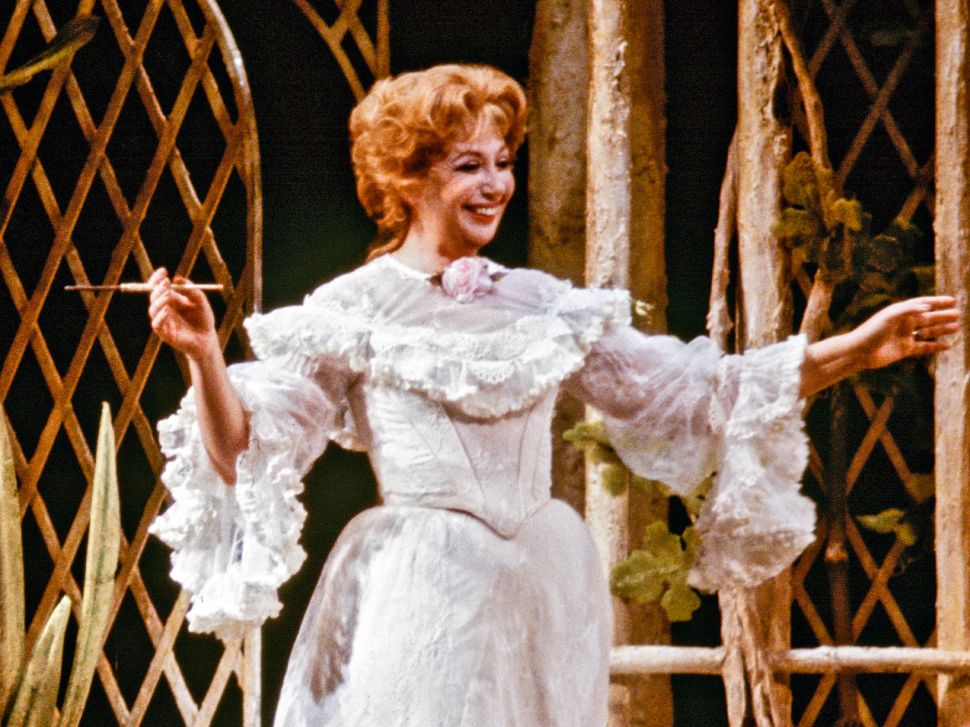