Should we be worried about Kim Wexler? Let me rephrase—how worried about Kim Wexler should we be? Better Call Saul fans have been fretting over the character’s well-being for years thanks in part to Rhea Seehorn’s criminally underrated performance (now’s the time, Emmys) and the vision of creators Vince Gilligan and Peter Gould. For four seasons, audiences have assumed that Jimmy McGill’s (Bob Odenkirk) inevitable metamorphosis into Saul Goodman would spell the end of the morally upright Kim in tragic manner. But in Season 5, we finally realized our grave mistake: Better Call Saul isn’t about Jimmy’s turn to the Dark Side. It’s about Kim’s.

“Now, the mystery is who is Kim?” Odenkirk told Deadline after discussing his own character’s focus for the past few years. We’ve always known that Jimmy was destined to devolve into the slimy criminal lawyer we meet in Breaking Bad. But Kim has always been an innocent in the eyes of viewers, presumed collateral damage en route to Jimmy’s ultimate destination. But we have perpetually underrated the character who has, in many ways, become the center of Better Call Saul.

SEE ALSO: They Were About to Build Earth’s Biggest Movie Studio When a Pandemic Hit

“I feel lucky that I did not think of this as one giant arc of this mask coming off,” Seehorn told the outlet. “It was for me, filling in the jigsaw puzzle, taking the pieces that are there in these brilliant scripts that have as much loaded in not speaking as speaking. I don’t know where we are going, but I feel very lucky that I was allowed to play it honestly, incrementally a step at a time.”

There is an inevitability to this journey as we enter the final season that every viewer must reconcile as Saul snaps into place with Breaking Bad. But the show must also end on its own terms as a separate series, and in that regard, co-creator Peter Gould is emotionally preparing us for what’s coming.

“We have a lot of ideas about where Jimmy and Kim are going,” Gould said. “There’s some ideas which I am so excited about, but there is also a lot of sadness to where this is going.”

Last year, Breaking Bad creator and Better Call Saul co-creator Vince Gilligan claimed that the final run of the latter may even top the epic heights of the former.

“Let me make a prediction right now, I’m going to say this because Peter is too much of a gentleman and way too modest,” he told The Hollywood Reporter. “I think this show is absolutely, under Peter’s leadership, going to stick the landing. It’s going to be awesome and the Hollywood Reporter and other wonderful journalistic outlets are going to be having articles about which one had the better ending, Breaking Bad and Better Call Saul, and I bet you folks are going to say Better Call Saul.” 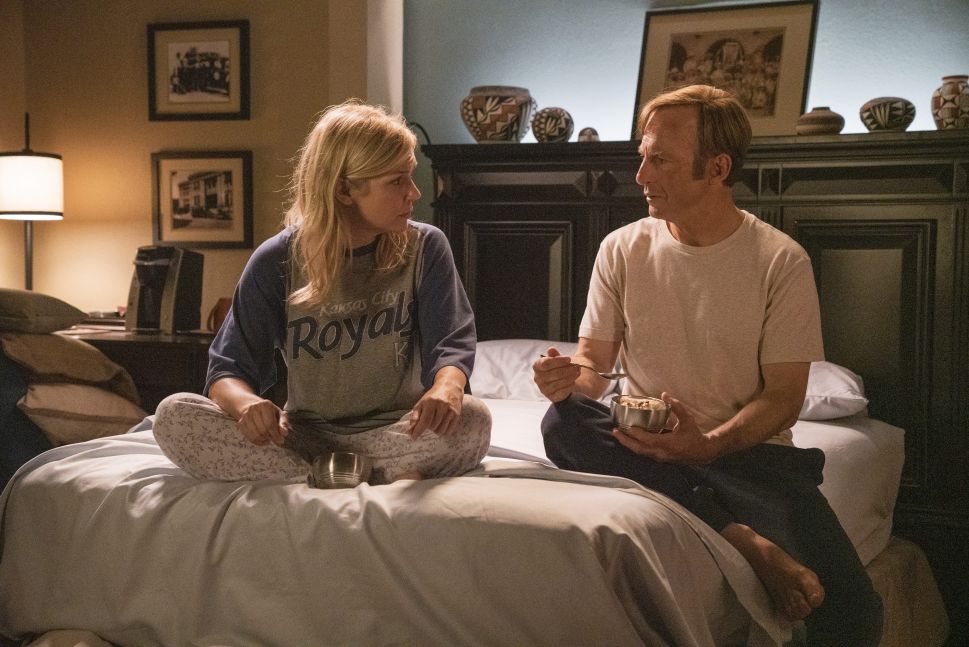