About three months ago, hedge fund billionaire Bill Ackman stirred up a wave of controversy for making a nearly 10,000 percent gain on a clever investment he placed right before the coronavirus crashed the stock market. At a Bloomberg virtual event this week, the investor, labeled by some as a profiteer, responded to criticism and explained why the whole deal was more complicated than making a 100 times return on a random investment.

Here’s a bit of background: In early March, Ackman’s hedge fund firm, Pershing Square Capital Management, revealed that it had bought $27 million worth of credit protection policies on a variety of credit indexes a few weeks earlier to limit portfolio loss—a move reflecting Ackman’s belief that a significant market downturn was coming as COVID-19 cases skyrocketed in the U.S.

In the following days, things played out just like he’d predicted, with major stock indexes nosediving on back-to-back record daily losses. Meanwhile, Ackman began “rewinding his hedges” by exercising those credit contacts. By March 18, he had reaped $2.6 billion in proceeds, recording a nearly 100 times return on his initial investment.

“What we bet was that credit spread [a measure of market risk] would widen, which I thought is a very, very low-risk bet going into what I thought would be a pretty serious economic crisis,” Ackman said in an interview with private equity tycoon-turned-TV host David Rubenstein at the Bloomberg Invest Conference on Monday. “If we were wrong, we would have paid a relatively modest amount of premium. So it was a very asymmetric bet. Unfortunately, things played out the way we expected.

“It’s a bit of an overstatement to say that we made 100 times on an investment,” Ackman said, going on to explain how a credit protection insurance policy works. “The way that bet was entered was that you commit to paying $500 million per year for five years. The longer you keep it on, the more [likely you’ll earn a profit]. It’s a bit different than someone who can scrape together $10,000 and increase it by 100 times.”

Ackman’s revelation of his hedging position in early March, along with his vocal warnings about upcoming economic shut down at the time, was believed to have played a role in the ensuing market meltdown. But he argued that, even though he’d betted on a short-term crisis, he was actually bullish about the long-term prospect of the U.S. economy.

“I was very confident that the government would shut down the country, which would stomp the growth of the virus and allow us to reopen the economy,” he told Rubenstein. “That’s why I’m buying stocks. We were very bearish up till March 12. And on the 12th, we started buying stocks very aggressively and started unwinding our hedges as quickly as possible.”

Ackman’s firm specializes in investing in publicly traded companies. The firm owns significant stakes in Lowe’s, Hilton and (until recently) Berkshire Hathaway, among others. In offering a short-term economic outlook, Ackman acknowledged that there is a major disconnect between a booming stock market and an economy in recession.

“I don’t think the market is dramatically wrong,” he said. “When people talk about the market, they are talking about either the Dow Jones or the S&P 500. They are cap-weighted indexes. The more dominant, large-cap businesses are going to be big beneficiaries of the crisis…The stock market is a snapshot of a portion of the economy. If you had an index of smaller businesses, the market would be down 50, 60, 70 or even 80 percent.” 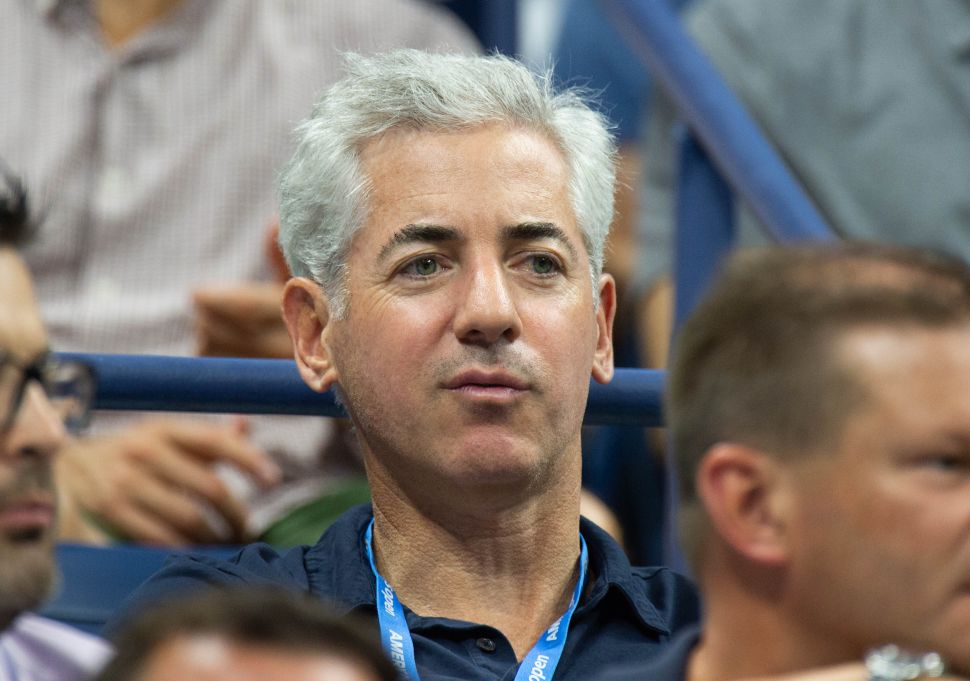