For over four decades, the nonprofit community arts space BRIC, now located in Fort Greene, Brooklyn, has provided the borough with countless initiatives to enrich, encourage and promote artistic expression both within the walls of its main venue BRIC House and in the wider world. Economic revitalization through the arts has always been BRIC’s mission, but given the calamity of the coronavirus pandemic and the renewed need for collective action in response to the killing of Black citizens by the police, the organization has recently been adapting once again in order to best serve its community. Because Black lives and Black joy have always been central to BRIC’s mission, the institution is an essential source of knowledge and strength.

On Tuesday, Observer spoke to BRIC President Kristina Newman-Scott about intentional leadership, holding space for discomfort and about how the notion of community is often looked down on in the art world. The following conversation has been condensed and edited for clarity.

Observer: I was wondering if we could start off by talking a bit about how the last couple of weeks have shaped your day-to-day as the President of BRIC.

Kristina Newman-Scott: So, I’ve been at BRIC a little over a year and a half now in a leadership position, and in that time we’ve worked together as a community to create a wholistic, strategic plan that really values equity, inclusivity and diversity and expanded on its mission of excellence,  ensuring that our internal policies and practices are in alignment with our values. As an institution, for the first time, we said out loud how we want to show up in the world. We put that down on paper and we’re holding ourselves accountable to those values.

With that being said, the world has turned on its head in the last few months given the COVID crisis and the unfortunate reality of how negatively that has already impacted Black communities and communities of color. But then to add this on…this was definitely a racial pandemic, right? We have a massive global crisis. This is not a Black problem. This is a global problem. This is America’s problem.

So, we have made sure that we’ve continued to listen. We do not speak on behalf of people who do not have a voice. We are reinforcing our role as a resource and a platform to amplify voices. We have been thinking a lot about how we can create space for additional discomfort in the work and be OK with being uncomfortable in this moment as we all are. The majority of my staff are people of color. So, this is a moment where we need to create space for healing not only internally but externally with our community.

In this last weekend, we opened our lobby as part of the “Opening Your Lobby” initiative. We were met with so much love from the community. We fundamentally believe in the constitutional right to protest at the same time making sure that we are creating space to shine a light on Black artists. We aren’t just doing that now. We’ve always done that. Black pain—we are hearing it. We are seeing it. It’s so important for us to shine a light on Black pain, Black joy and Black beauty. So we’re telling the full story. We’re showing the full spectrum of the Black experience. We’re being vulnerable in this moment. We’re making sure that we’re being in tune with our neighbors, our neighborhoods, our people and our artists. We’ve changed our structure so that we are holistically thinking how to better serve artists.

Right, because you are in a unique position in comparison with some other art organizations in that you were already a community-oriented arts association. You’ve already been doing the work to support your surroundings and your neighbors. Could you tell me about some ways you’ve been shifting the resources you have to specifically address these new challenges?

Yeah, I mean we’re a not-for-profit so every dollar that we raise is already earmarked for specific programs, right? So, the work we were already fundraising for is aligned with the programs that focus on justice, inclusivity, social innovation and action. We’re also the public access TV provider for the borough of Brooklyn, so that makes us really unique: we have six channels that reach about a million homes across New York, and our channels are sharing community stories by over 600 active community producers and sharing this moment and responses to this moment. I think that things like “Open Your Lobby”…that to us is such an easy, low-hanging fruit way that we can show that we’re alive and that we’re going to continue to commit to that, but you know, every day is a day that we’re listening and hearing more, and we want to be agile enough to respond. The more space we give ourselves to be less about “it has to look like this” or “this is what we thought it would look like going from FY 20 to 21,” the better. Let us create space so we can shift and make sure it looks right.

I also think that there is so much excellence that is broader than the Eurocentric definition of excellence that happens day in and day out across the visual performing and media arts. I think that within the arts landscape when the word “community” is used, oftentimes it conjures an idea of “less than” or that the quality of the work is “diminished.” You know, as a journalist, maybe you’ve experienced people making assumptions about what it means to make programs accessible and community-oriented. There’s always this tinge I feel that people have where it’s like, “well, if it’s free or accessible or community-based, it must be less than, right?” And that is 100 percent untrue. I can’t tell you the number of programs that I’ve seen—not just because I have the great privilege of working at BRIC—but the number of programs that have heightened my awareness or interest or just a new way of seeing that I’ve not experienced in places that might have way more resources than an organization like ours.

Would you agree that members of the arts community are uniquely suited to adapt their skills for community leadership and entrepreneurship and support?

Yes, I think so. I think the arts and cultural community has a long way to go. I think that because we tend as a field to have the ability to do a lot of very dynamic and innovative programs that focus on all types of voices and mannerisms and artists, sometimes it becomes the thing that’s kind of the external face and it’s a distraction from the eternal work, right? So, there’s less than five percent of Black women running arts organizations in our nation. I don’t know what the statistic is as it relates to Black leadership in the arts right now, but there have been so many surveys talking about the lack of diversity in leadership in arts and culture in New York City. There’s all of these organizations that are predominantly white-led that are creating programs that are focused on the Black community, but the leadership structure never changes. It’s easy in the arts and culture world to make it seem as if you’re actually addressing it, because look at the work! The work speaks for itself. But if you look behind the work, there’s not a lot of change.

At BRIC, we are doing that self reflection. In Jamaica, we say you have to “learn fi dance a yaad before yu dance abraad.” And that just means you have to learn how to do what you’re doing at home first before you can go and tell anybody else how to do their work. So for me at BRIC, the team and I are very much looking at “What are we doing that’s not so great? How can we get better? How can we move our own needle?”  I think artists are definitely part of that process and I think there’s a lot of opportunity for artists to come into the fold and grow if they’re interested in arts, administration and leadership, which many of them are. Most of the people that work at BRIC came from being artists. I came from being a painter. Who knew that with a painting degree in Kingston, Jamaica, that I’d end up where I am today? But, most of my colleagues are artists and I think that we’ve got to create even more space around for artists to grow that muscle if they so choose. 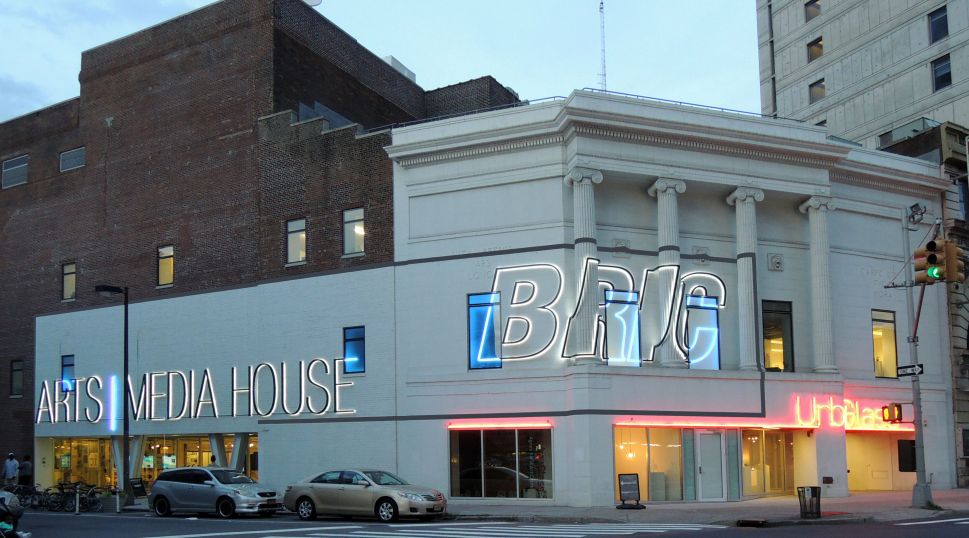