The death of George Floyd has sparked global #BlackLivesMatter protests against police brutality and the pop culture realm is attempting to reconcile entertainment with reality. In the wake of the movement, both Cops and Live PD were cancelled outright. Now, NBC sitcom Brooklyn Nine-Nine is attempting to revamp its portrayal of police to better reflect the national conversation.

Co-star Terry Crews revealed that four planned episodes of Season 8 have been entirely scrapped as the writers want to re-contextualize the police workplace sitcom in light of recent events. That includes starting over with new scripts and receiving input from cast and crew.

“We’ve had a lot of somber talks about it and deep conversations and we hope through this we’re going to make something that will be truly groundbreaking this year. We have an opportunity and we plan to use it in the best way possible,” the actor told Access. “Our show-runner Dan Goor, they had four episodes all ready to go and they just threw them in the trash. We have to start over. Right now we don’t know which direction it’s going to go in.”

SEE ALSO: How ESPN and Disney Could Move Sports to Streaming

It’s fair to assume that new episodes will tackle the reality of the situation in some form. While no one expects a broadcast sitcom to deliver the definitive thesis on police brutality and racial inequality, it’s nice to see the creative team make the attempt at addressing the harsh truths facing this subject matter.

Crews also discussed his own past experiences with police and how that has shaped his view of the current situation.

“You’ve seen me, in movies or whatever but before all this, I was always a threat. I would be going to the mall or going different places. I’ve had guns pointed at me by police officers in L.A. This was before I was famous. The thing is, they had the wrong guy,” Crews said.

“It’s something that every black man has been through and it’s hard to really try to get other people to understand. I have to say, right here, what is going on right now is Black America’s Me Too movement. We always knew this was happening, but now white people are understanding.”

Brooklyn Nine-Nine is currently on a production hiatus due to the coronavirus pandemic. 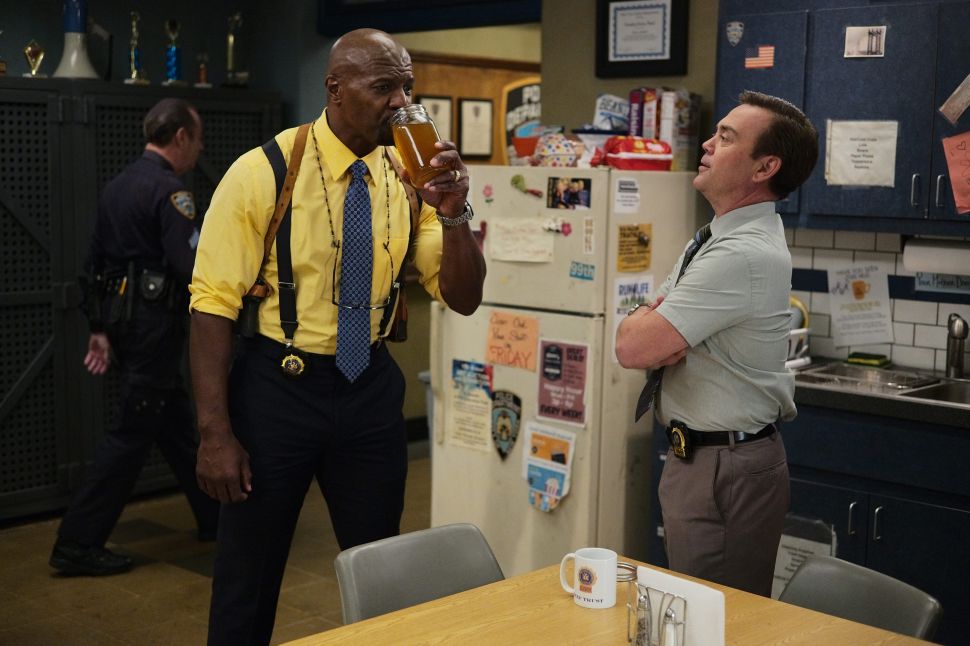