Whatever your plans are for Father’s Day, Bryce Dallas Howard already has you beat. First, she and her kids Theo, 13, and Beatrice, 8, will prepare breakfast in bed for her husband, actor Seth Gabel. Homemade cards will be presented. Then the family will gather around a cozy room inside their home in upstate New York and watch a new movie called Dads.

“Last month my daughter asked me, ‘What are we going to get daddy for Father’s Day this year?’” Howard tells the Observer over the phone. “And I was like, ‘Oh, I made Daddy a documentary.’”

In Dads, out today on Apple TV+, the Jurassic World actress ventures behind the camera to explore the modern meaning of fatherhood. She learns via a collection of lighthearted and poignant interviews with both celebrities—from Jimmy Fallon and Jimmy Kimmel to Will Smith and Hasan Minhaj to Patton Oswalt and Neil Patrick Harris—and five everyday men around the world who share their triumphs and travails. “The fathers we depict in television and movies and literature are kind of absentee,” she explains. “And at 39, I’ve pretty much exclusively been in contact with fathers who are totally committed and working hard for their families. I wanted to put them in a positive light and show what it looks like to be a modern father.”

SEE ALSO: James Gandolfini Once Told Harvey Weinstein He’d ‘Beat the F-‘ Out of Him

Howard has been speaking her mind about other important social issues in recent weeks as well. She deftly addressed the controversial newfound popularity of her movie The Help on her Facebook page on June 8, admitting that the 2011 drama about race relations in the 1960s was “told through the perspective of a white character and was created by predominantly white storytellers. We can all go further.” A week later, she took part in the celebrity “I Take Responsibility” PSA in partnership with the NAACP. “When I tell my kids to do something, it’s important that I model it myself,” she says. “It’s difficult to imagine something when you’re not seeing it.”

She models the behavior after her own father, Oscar-winning director Ron Howard. And to answer your next question, she does indeed include his wisdom in Dads about what it means to be a good role model. A co-producer of the film, he’s seen proudly snapping a photo of his oldest daughter while she’s filming him. In case there’s any lingering doubt that directing is a long and storied part of the Howard family, Dads begins with shaky home video footage of Bryce’s birth back in 1981. “It’s crazy that my parents had the foresight to film it,” she says, noting that her mom, Cheryl, and the future director of Apollo 13 had to receive advance permission from the hospital.

But whereas the onetime Opie and Richie Cunningham put on his director’s cap in the 1980s and never looked back, Bryce still finds immense satisfaction in acting. “I’m never going to give it up like my dad did,” she says. A veteran of more than 20 films over the past 15 years (let’s not count her little-kid cameos in her dad’s films), she’s displayed her chops playing both the kick-ass heroine (Terminator Salvation) and the cruel, short-sighted villain (The Help, Rocketman). If you haven’t checked out her turn as a social media leper in a 2016 episode of Black Mirror, please do so immediately.

Howard was just a few weeks into filming Jurassic World: Dominion—the sixth installment of the series—when production had to shut down due to the pandemic. Her update: “Everyone’s working really, really hard to make sure we proceed safely. I’m looking forward to starting it up again.” (Days after our interview, it was announced that the future blockbuster will resume filming in England in early July, becoming the first major production to do so.)

So serious about her craft, Howard made it official in May and received her Bachelor’s degree in drama from the Tisch School of the Arts at New York University. The diploma was nearly 20 years in the making. “When my kids asked me why I did it, I said because I don’t like to not finish things,” she says. “But I also love school and I love learning. So the moment I left school, I still enrolled in classes and summer programs from various universities over the years. And it’s just awesome to get my degree in something I specialize in.” Her next goal, she says, is to get a Master’s degree in creative writing and start teaching.

Calling the shots provides a different kind of thrill. Howard, who helmed an episode of the Star Wars series, The Mandalorian for Disney+ in 2019, says she gravitated toward directing because it suits her Type-A personality.

“The more responsibility I have, the more I thrive,” she says. “As an actor you need to give your performance over to a director and constantly be in the service of the director’s vision. But I want to take accountability.” To wit, she says, she and three siblings and their respective families recently took a hike with her parents on their 45th wedding anniversary. Unsure of where to go, she darted up to the front. “My sister was like, ‘Bryce is so happy right now leading the group,’” she says with an endearing cackle.

When it comes to mastering the art of parenting? Howard still follows in the footsteps of her dad. Specifically, one of his classic movies from 1989: “I remember relating to Parenthood so much as a kid and even more so when I became a mom. I have a 13-year-old and keep thinking about Joaquin Phoenix in the movie and all these developmental milestones that are so universal. And what the movie gets right is that there’s never that arrival moment as a parent. There’s so much to deal with from the get-go.”

That relentlessly-scary-yet-positively-exhilarating roller-coaster ride is what she wants viewers to take away from Dads, especially now. “If you’re a dad, you should watch it to feel valued and to know that you’re not alone and that we see you,” she says. “And if you’re a mother or if you don’t have any kids, it can reconnect you with the experience of being a child and having a father, whatever that means to you. Hopefully this can be healing and serve as a celebration. We don’t want to take people or circumstances for granted.”

Dads is available to stream on Apple TV+ today. 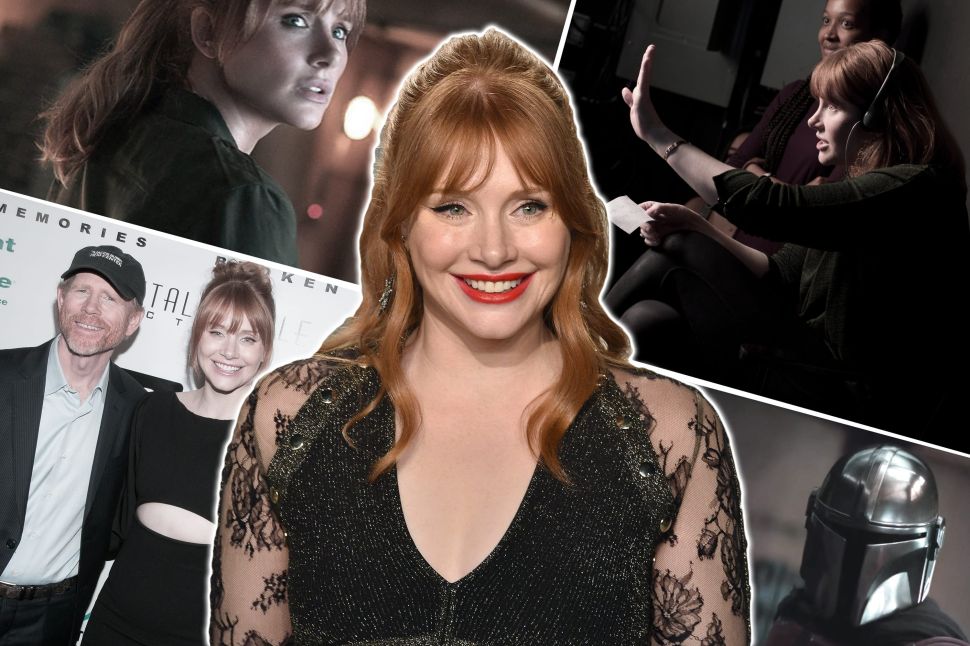