My name is Camrus Johnson, I’m an African American male, and I’ve been dealing with racism my entire life. How does that make you feel?

I grew up being told by my parents that when I start driving one day, I have to move and speak slower than people that don’t look like me simply because cops assume that I’m more of a threat based on the speed in which my skin absorbs the sun. How does that make you feel?

I used to be called an “Oreo” by my white friends and never understood why being told I’m “white on the inside and Black on the outside” made me feel so small. When I asked why they’d call me that, they’d say it was because of the way I speak (sophisticatedly, apparently). They’d say that I’m “not like most Black people.” Some of them stayed so warm in their tents of privilege that were built for them so long ago that they didn’t even realize I was outside in the rain. They didn’t realize that they were part of why I wasn’t dry too. And they were almost old enough to vote. How does that make you feel?

Four years ago I took my 15-year-old brother (at the time) to a Black Lives Matter march when he visited me in New York. Before we joined the protesters, I opened his backpack and put the keys to my apartment in there along with my portable charger and my phone. I told him that although it was a peaceful march, the cops may stir up trouble—and that if he heard any loud bangs, saw any commotion or saw me get unjustly arrested, that I needed him to SPRINT in one direction away from it all as fast as he could and not to stop until his legs gave out. I told him if I wasn’t arrested, I’d find him. I’d follow him. I’d catch up. But if I was, he would at least have two phones and a charger with maps to make his way back to a home that he didn’t actually live in…by himself.

Cuz I feel an emotion that you only understand if you’ve been forced to—not that you asked.

I can’t qwhite figure out why

We have been dealing with the many faces of racism and oppression for so many centuries that some people don’t even know when they’re being racist anymore. It’s in the way they move, how they’ve been taught to perceive themselves, what opportunities they’re always offered and even worse: what opportunities they’ve always expected.

So much for free speech… pic.twitter.com/t6p5Yzq62x

This is the 2020 Revolution. You will either be on the right side of history, or the forgotten side. Forgotten because you’ve been moved out of the way. This is time for equality. True equality. True alliance. The only way to make this change real is to fight for as long as we must. This is a fight that we’ve wanted and have been hoping for, for more generations than we even feel connected to, and it must not dwindle. It must not die out. It is a flame that must be fed until the logs can know longer catch.

Some will say that we’ve slowed down, and in those moments we will speak louder than we ever thought we could. We will scream BLACK LIVES MATTER from the rooftops, from our balconies, from the street through our masks, with our brothers and sisters safely at our sides. We will march, and sing, and cry, and fall, and rise up until we cannot fall again.

That is what this is. That is who we are. That is the future that we demand.

Our mental health never having been a top priority to us is not a coincidence, Black people. It is the result of being born into a world that tells us to ignore how it makes us feel everyday. That making a life for yourself against the odds is something to be proud of, and that pride is all that matters. That your pain doesn’t matter. But it DOES matter. WE matter. Our minds MATTER. Our lives and how we live them…matter.

And they matter no less than anybody else’s.

We’re born seeing that only the privileged sit down with strangers who care enough to simply ask them: “How does that make you feel?” Being told that asking for help is weak. But how can we be weak? A weak Black person is an oxymoron. Weak Black people don’t exist.

We are the resistance. We are the revolution. We are the future. And we will fight until we’re treated the same as the ones that would rather kill us all than convict their own for killing us first.

And we will win. We will actually win this time. So I’m honored to be the first to ask some of you, right now, in this moment, right before we change the world for good:

How does that make you feel?

Adapted from remarks given at a Black Lives Matter protest in Vancouver on June 5, 2020. Watch a video of this speech on Instagram.

There are many ways to ally yourself with those of us fighting for Black lives. That includes protesting in the streets, signing petitions, donating to funds, buying from Black-owned businesses and educating yourself. BlackLivesMatters.carrd.co is an amazing place to start. See MoreBLMinfo.carrd.co after that. Focus on bailouts and funds that directly go to aiding protestors on the ground. And most definitely, with every fiber of your being, being active in doing your part to defund the police. Real change starts with you. And it starts now.

Actor/writer Camrus Johnson plays the male lead Luke Fox in the CW’s Batwoman and can currently be seen on HBO in Warner Bros./MGM’s The Sun Is Also a Star opposite Yara Shahidi and Charles Melton. On the writing front, Johnson currently has an Academy Award-qualified animated short film, Grab My Hand: A Letter to My Dad, that he wrote, directed and voiced winning jury awards across the country, recently wrapped production on his second short Blue Bison sure to hit the festival circuit soon, and has both an animated series and comic book in development. You can follow Camrus Johnson @camrusJ on Instagram, Twitter and Facebook. 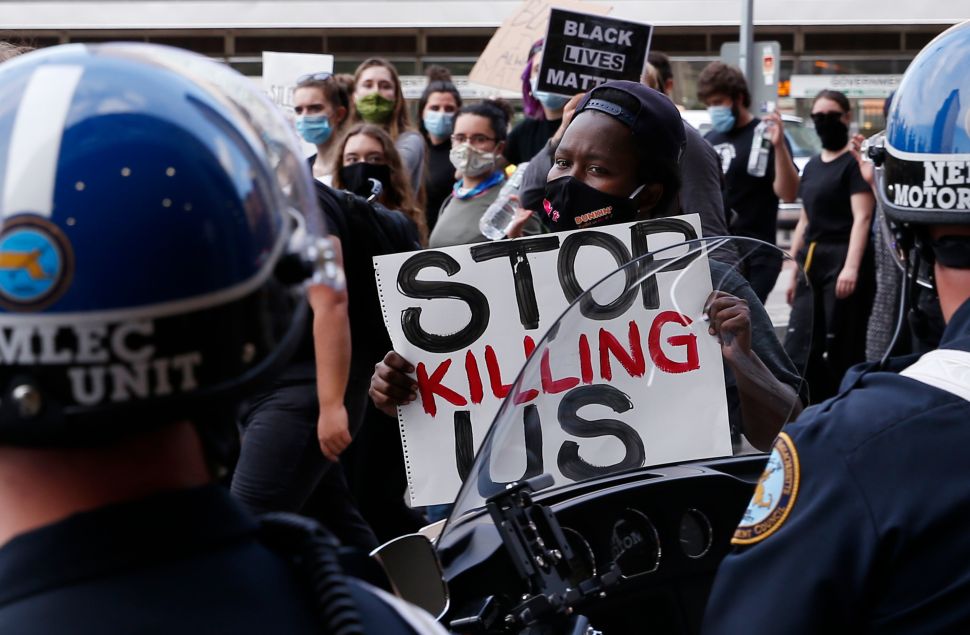