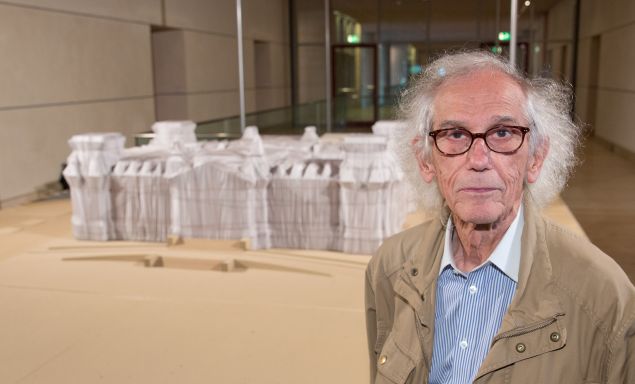 Christo at a press conference on occasion of the 20th anniversary of his work made with wife Jeanne-Claude, ‘Wrapped Reichstag’ Jörg Carstensen/picture alliance via Getty Images

Christo, the celebrated and enigmatic conceptual artist who, alongside his wife Jeanne-Claude, created monumentally scaled works of textile art that altered landscapes and civic spaces, died on Sunday in New York City at the age of 84. Christo, who was born in Bulgaria, made artworks that were shocking in their elegant execution: multiple miles of steel frames and dangling panels of fabric lined walkways in Central Park, the Reichstag building in Berlin was wrapped snugly like a present, 1,340 umbrellas were erected in a farming valley in Ibaraki, Japan; etc. It was perhaps Christo’s wrapping technique that captivated audiences the most, but where did this artistic instinct come from?

According to an authorized biography of Christo and Jeanne-Claude written by the author Burt Chernow, Christo was sent as a youth-brigade worker to work in farms and fields while he was studying at the Fine Arts Academy in Sofia, Bulgaria as a young man. This was because at the time, communist Bulgaria wanted its agricultural landscape to appear to be as aesthetically pleasing and high-functioning as possible, and so Christo, along with the other youth-brigade workers, was instructed to aid this process: “Bales of hay and equipment were displayed on each side of the railroad tracks,” Christo was quoted as saying in the Chernow biography. “Sometimes the items were wrapped in tarpaulin and tied up for protection or concealment.” In 1957, Christo left Bulgaria for Prague in order to pursue broader artistic horizons and to get out from under the suppression that had defined his life in his home country.

Although Christo distanced himself from his Bulgarian roots throughout the rest of his enigmatic artistic career, it’s fascinating to consider the possibility that the spark that ignited his lifelong impulse to wrap and adorn public spaces with concealing or decorative fabric may have come from the compulsory work he had to do as a young artist-in-training. Some of Christo and Jeanne-Claude’s fabulous artworks also required hundreds of workers to labor to assemble them in order to be brought to life, and the collective humanity of that process seems to have been reflected in the work itself. “Like classical sculpture, all our wrapped projects are not solid buildings; they are moving with the wind, they are breathing,” Christo told The Art Newspaper in 2018. “The fabric is very sensual and inviting; it’s like a skin.” 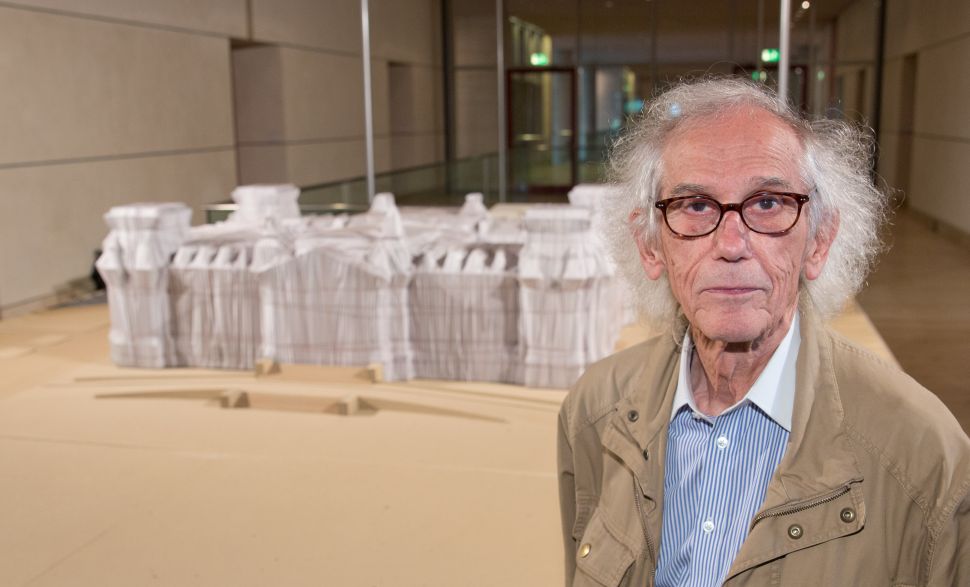