Movie fans have long been curious as to when exactly major cinema chains will reopen amid ongoing coronavirus concerns. For months, it was believed that an early July reopening would pave the way for Christopher Nolan’s Tenet to arrive in theaters on July 17. But with Warner Bros. finally conceding and delaying the film two weeks, that goal was no longer a guarantee.

Still, the wait won’t be dramatically longer as exhibitor Cineworld, which owns the massive Regal chain in the United States, will reopen its U.S. and U.K. locations on July 10. Starting next week, some of its European cinemas will begin to open as well. For blockbusters such as Tenet and Disney’s Mulan to succeed, theater chains across the world will need to be safe enough to properly open lest the $200 million-plus tentpoles struggle to turn a profit. While a potential second wave of new COVID cases could delay the U.S. opening, Cineworld detailed its reopening plans on Tuesday morning.

SEE ALSO: 93rd Oscars Ceremony Expected to Be Delayed Due to COVID-19

Cineworld, much like the industry’s other main exhibition chains, closed its doors in mid-March as a result of the COVID-19 outbreak. The company has seen its stock tumble 62 percent over the last six months. Normally, Regal Cinemas is the second largest U.S. chain behind AMC, but the future of these massive brick-and-mortar operations remains unclear as rumors of bankruptcy continue to plague movie theater chains. Last week, Cineworld backed out of its planned $2.1 billion acquisition of Canadian exhibitor Cineplex, which would have provided the company with more than 11,200 screens across the world.

“We are thrilled to be back and encouraged by recent surveys that show that many people have missed going to the movie theatre,” Cineworld CEO Mooky Greidinger said in a statement, per The Hollywood Reporter.

Greidinger continued: “With a strong slate confirmed for the coming weeks, including among others Tenet, Mulan, A Quiet Place Part II, Wonder Women 1984, Black Widow, Bond, Soul, Top Gun Maverick and many more, the entire Cineworld team remains committed to being ‘the best place to watch a movie.”

Regal is expected to reopen with enhanced health and safety measures while also operating at far less than 100% capacity to adhere to social distancing recommendations. The 2020 U.S. box office is expected to lose upwards of $6 billion in ticket sales due to the coronavirus. 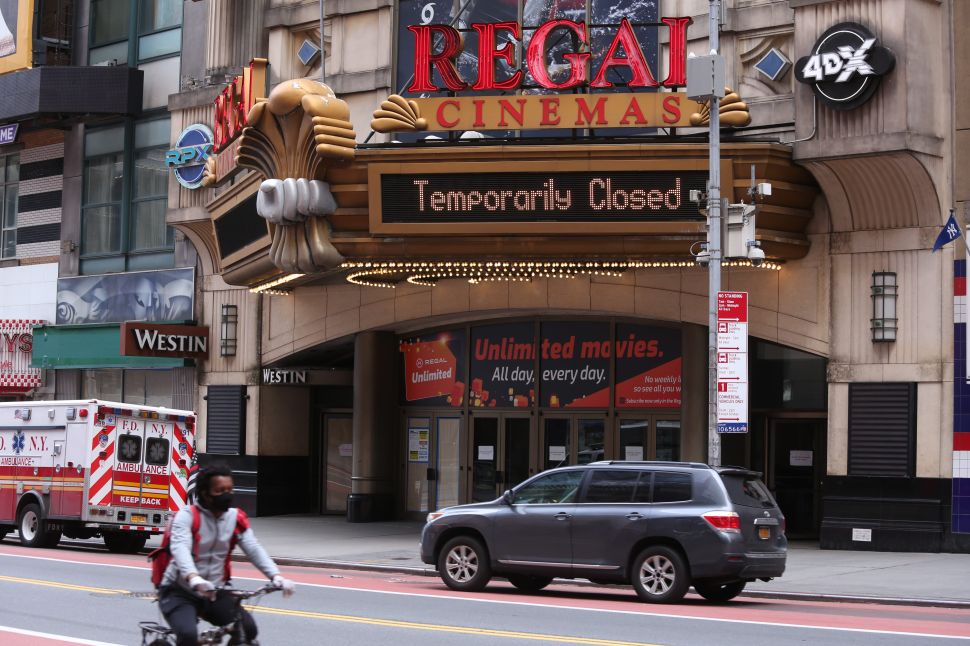