In the wake of the escalating Black Lives Matter movement in the U.S. and across the free world, American consumer goods companies with a global presence are rethinking some of their popular brands.

Last week, personal care goods giant Colgate-Palmolive announced a review of its toothpaste brand Darlie, which is sold and marketed as “Black Man toothpaste” in China, Singapore, the Philippines, and several other Asian markets.

Darlie is the top toothpaste brand in Asia, owning 17 percent of the market share in China, 21 percent in Singapore, 28 percent in Malaysia and nearly half in Taiwan, according to Euromonitor International. It was originally manufactured by Hong Kong-based Hawley & Hazel Chemical Company and became a Colgate brand in 1985 through a corporate merger.

“For more than 35 years, we have been working together to evolve the brand, including substantial changes to the name, logo and packaging. We are currently working with our partner to review and further evolve all aspects of the brand, including the brand name,” Colgate said in a statement to Reuters, which first reported the announcement, on Thursday.

Darlie was first introduced to the Chinese market in the 1930s under the name “Darkie” and featured the logo of a smiling White man in blackface. Hawley & Hazel’s founder reportedly came up with the branding after seeing a White actor performing in blackface in the 1927 American film The Jazz Singer.

In 1989, four years after the Colgate takeover, the company changed the brand name from “Darkie” to “Darlie” under the pressure of some shareholders and U.S. church groups and redesigned the logo to feature a racially ambiguous man in a top hat and tuxedo.

Yet, unlike controversies around food brands in the U.S., Colgate’s brand review on Darlie seems more like an attempt to stay connected with political climate at home than a response to local market. There’s no known signs showing that sales of Darlie toothpaste has declined since the killing of George Floyd. China is also notably absent from the global Black Lives Matter movement, as protests are illegal in the country.

Reaction to Colgate’s move is mixed. While some think that rebranding is long overdue, others argue it’s completely unnecessary.

“Seriously, I cannot believe it has taken them this long to realize how offensive this is,” wrote a Twitter user under a report of the news by Hong Kong-based South China Morning Post.

“That brand has been around in China for close to a 100 years. Chinese people don’t even know what a blackface is,” replied another Twitter user. 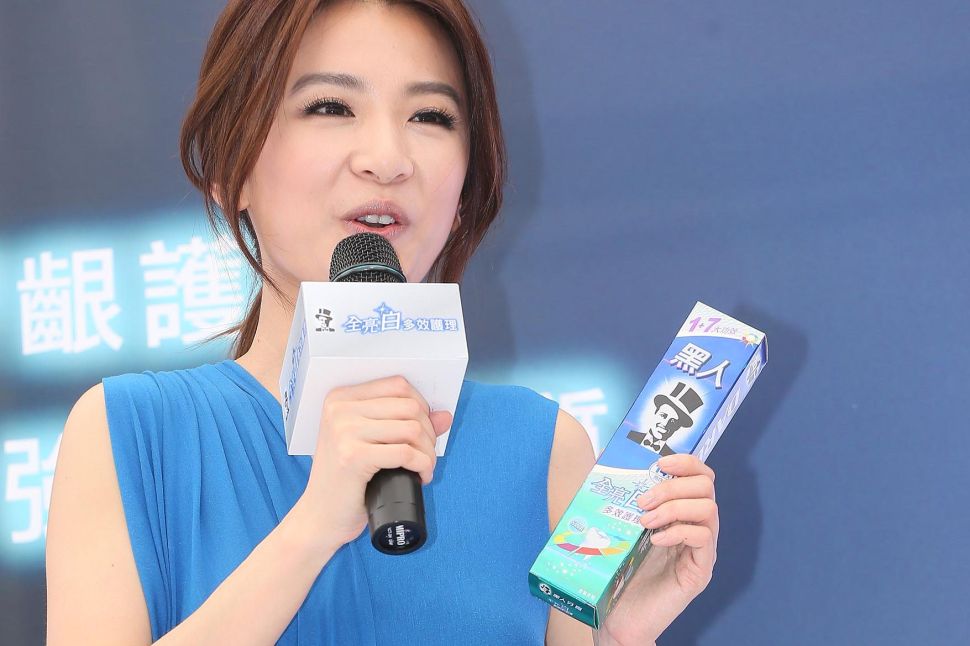