On Monday, it was reported that 40 percent of Chinese movie theaters could close permanently due to the coronavirus pandemic and that the country’s box office could slip as much as 66 percent. Today, it looks as if American movie theaters are in a similarly compromised position. Domestic exhibitors shuttered their doors in mid-March due to the COVID-19 outbreak, putting the U.S. box office on pace for its worst year in a quarter century. Updated projections paint an even uglier picture for the film industry’s financial forecast.

The U.S. box office could fall by 52 percent from $11.4 billion in 2019 to $5.5 billion in 2020, according to a new prediction from research company MoffettNathanson (per Variety). What’s particularly troubling about this projection is that it’s based on cinemas reopening in July for a late summer blockbuster season that includes Christopher Nolan’s Tenet (July 17), Disney’s Mulan (July 24), and Warner Bros.’ Wonder Woman 1984 (August 15). As of now, major exhibitors such as AMC, Regal and Cinemark remain closed while key markets such as New York, Los Angeles, San Francisco and Chicago have not made any official commitments to reopening in July. Last week, it was reported that San Francisco was targeting an August reopening.

SEE ALSO: ‘Upload’ Is the Latest Show Treating the Afterlife as Simulation

Should these densely populated cities not be ready to relaunch movie theaters in time, there’s little doubt that the respective studios would delay the films yet again, further hurting 2020 ticket sales. Box office experts have remained skeptical about the $200 million budgeted Tenet‘s ability to turn a profit for WB in its current release slate. However, under the right conditions, some health experts believe movie theaters may not be as dangerous regarding the spread of COVID-19 as previously believed.

“In a setting where we’re not talking, we’re just passively breathing and wearing masks, it might be a safer bet than a noisy, crowded bar,” Jade Flinn, a faculty member at Johns Hopkins Medicine who trains nurses at its biocontainment unit, told Quartz. “At movie theaters, if you’re not eating popcorn, you’re just sitting there with your mask on.”

Hitoshi Oshitani, a virologist at Tohoku University, told Science magazine that the most significant carrier locations in Japan were “gyms, pubs, live music venues, karaoke rooms, and similar establishments where people gather, eat and drink, chat, sing, and work out or dance, rubbing shoulders for relatively extended periods of time.” Whether or not these scientific suggestions hold any weight with the moviegoing public remains to be seen.

In lieu of theatrical releases, certain pictures such as Universal’s Trolls World Tour and Paramount’s rom-com The Lovebirds have been rerouted to PVOD and Netflix, respectively. Once theaters closed in March, Disney hustled to get its latest Pixar blockbusters Onward onto Disney+. Studios have long sought to shrink the window between a film’s release and its arrival on at-home platforms while theatrical exhibitors have vehemently fought against it. We may look back at this quarantine as the time of great transition when direct-to-consumer business leapfrogged traditional and linear releases as the primary method of entertainment delivery.

“In the past, exhibitors have been able to stand their ground; however, we again think this time is different in that all of the major studios (including now Disney for certain movies) are likely to be more aggressive with windowing strategies,” the note reads, per Variety “As long as multiple studios push forward with PVOD or some other form of window changes, the balance of power in favor of studios shifts even more in their favor and reduces the leverage the exhibitors have as they would be unlikely to boycott multiple studios’ upcoming releases.”

While MoffettNathanson projects “a significant bounce back” in 2021 to $9.7 billion, that would still mark the lowest U.S. total since 2008. Given the worldwide production shutdown forced by the coronavirus, it’s no guarantee that the 2021 release slate will have enough blockbuster titles to even meet that number. 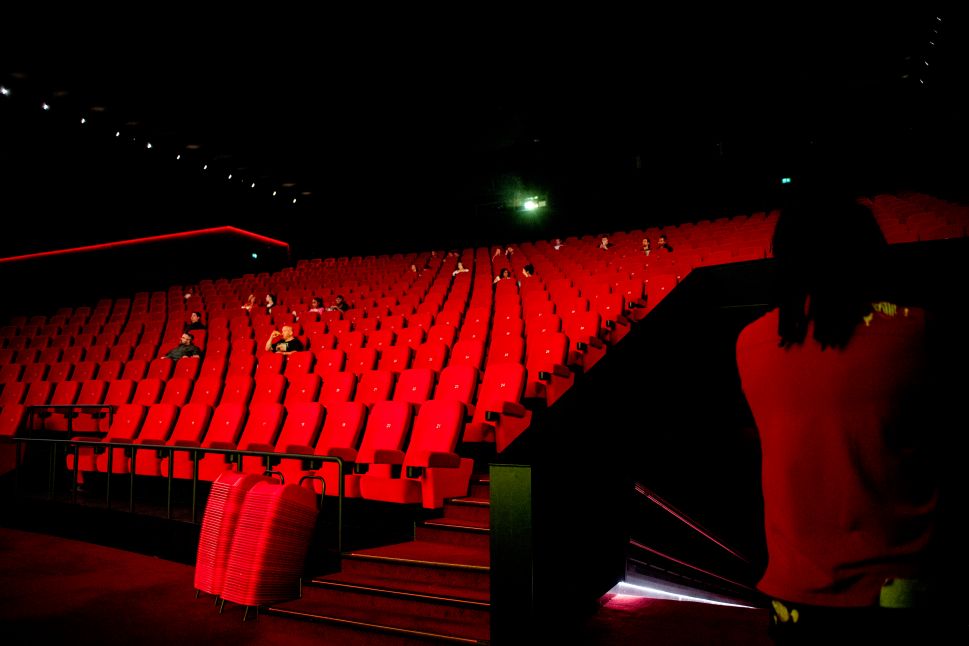