The race to find some kind of treatment for people who have contracted the novel coronavirus saw what scientists are hailing as a “breakthrough” development on Tuesday. Scientists at the University of Oxford said that results of a trial showed that a commonly used steroid called dexamethasone cut death rates amongst hospitalized COVID-19 patients by about a third.

“This is a result that shows that if patients who have Covid-19 and are on ventilators or are on oxygen are given dexamethasone, it will save lives, and it will do so at a remarkably low cost,” Martin Landray, an Oxford University professor who is co-leading the study, said in a statement.

The drug is commonly used to treat inflammation and is widely available; if further studies confirm its efficacy, it could provide a major boost in the fight against the disease.

The development is particularly good news because developing a vaccine takes years, especially for such an unfamiliar infection. No matter how fast each step in the process is expedited—from animal testing to at least three phases of human study to regulatory reviews—it still seems too slow given the speed at which COVID-19 is spreading. (In the U.S., about 20,000 people are being infected daily.)

There is, however, some good news on that front as well.

“There’s a high probability that several vaccines will make it to the finish line. It could be as early as the end of this year,” Stéphane Bancel, CEO of Moderna, one of the frontrunners working on a COVID-19 vaccine, said on Bloomberg’s David Rubenstein show Monday.

“The coronavirus is not too complicated. The scientific and medical community believe that the biology of the virus is druggable,” he added, meaning that in theory COVID-19 can be treated by an external drug.

Moderna is one of the five biotech companies selected by the U.S. government last week as the finalist COVID-19 vaccine developers. (The other four are Johnson & Johnson, Merck, Pfizer and AstraZeneca.)

The company’s experimental vaccine, a messenger RNA (mRNA) compound called mRNA-1273, is currently in phase 2 human study involving 600 adult participants. The trial has already shown positive signs of generating antibodies in healthy patients, according to Moderna—although medical experts have questioned the validity of such claim due to the company’s lack of research disclosure.

Phase 2 study is expected to wrap up in the coming weeks. And if the results are good, Moderna plans to kick start phase 3 study, the final and largest human trial of a vaccine development, in July.

Bancel said phase 3 study will recruit 50,000 participants across all geographies into placebo-controlled trials. The company will look for data to prove the vaccine’s safety and efficacy, the latter being the deciding factor in a vaccine’s success. “We could have efficacy data by Thanksgiving this year,” Bancel predicted. “This is best-case timeline, assuming that 50 other things go right.”

If everything goes according to the plan in phase 3, the FDA could issue an emergency use authorization to make the vaccine available for high-risk individuals, such as the elderly and health care workers.

In the meantime, Moderna, as well as the other four companies on White House’s list of finalists, are ramping up manufacturing to prepare for possible demand surge once regulatory approvals are in.

Bancel said it’s rare for biotech companies to test and produce a vaccine at the same time. “It’s a financial risk companies are taking,” he explained. “We need to make as much as we can. If we wait for approval, all the manufacturing capacity between now and then will be wasted forever.” 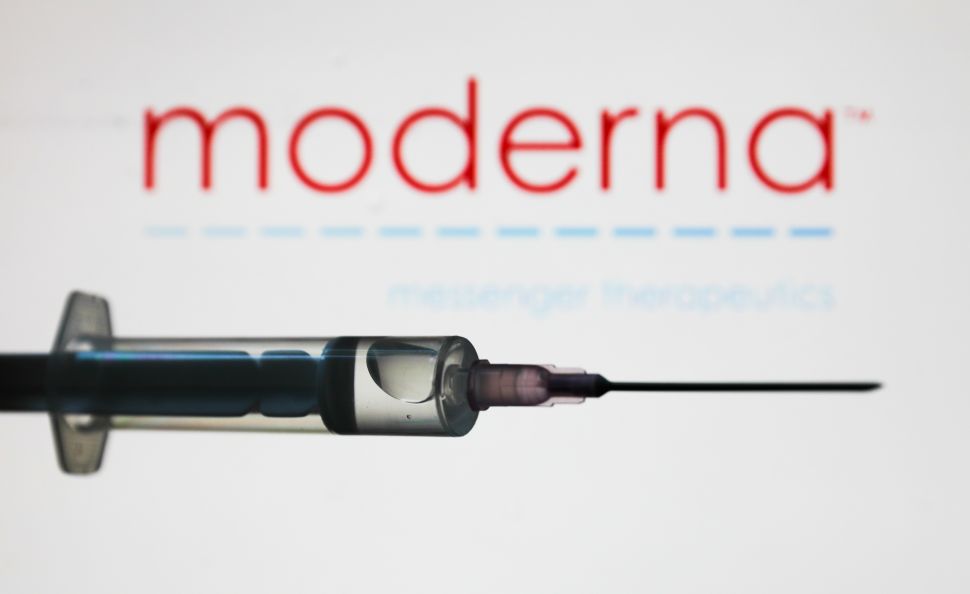