While a few regions across the world have opened back up for film and television production, the global halt of the entertainment industry remains largely in effect. New blockbuster movies are still one month out at the very least (is Disney really going to stick to Mulan‘s July 24 release date?) and linear television has yet to get back on track. Amid the work stoppage, however, Netflix continues to chug along nicely and extend its lead in the streaming industry. That’s what happens when you’re one of the lone providers of fresh new content. Next up for Netflix is Cursed, which looks all sorts of badass.

Based on the illustrated novel of the same name by Thomas Wheeler and Frank Miller, Cursed is a re-imagining of the Arthurian legend, told through the eyes of Nimue (13 Reasons Why‘s Katherine Langford), a teenage heroine with a mysterious gift who is destined to become the powerful (and tragic) Lady of the Lake. After her mother’s death, she finds an unexpected partner in Arthur (Devon Terrell), a young mercenary, in a quest to find Merlin (Gustaf Skarsgard) and deliver an ancient sword. Over the course of her journey, Nimue will become a symbol of courage and rebellion against the terrifying Red Paladins, and their complicit King Uther.

“They came while we slept, to cleanse the world of our kind,” Langford’s Nimue says in voiceover in the trailer, while the people from her village are attacked by the Red Paladins. “Because we’re different. Because magic runs through us. Because we have what they want. Legend says this sword belongs to the one, true king, but what if the sword chooses a queen?”

Since A24’s The Green Knight was delayed due to COVID-19, Cursed will have to provide the medieval Arthurian jolt we’ve been looking for. Netflix has found success in the medieval fantasy realm before, most recently with Henry Cavill’s The Witcher and The Letter for the King. Wheeler previously received writing credits on Puss in Boots, The Lego Ninjago Movie and Dora and the Lost City of Gold. Famed comics writer Miller is behind the graphic novels that inspired Sin City and 300. At the end of the day, the idea of Langford wielding Excalibur on a magical quest sounds pretty good to us. 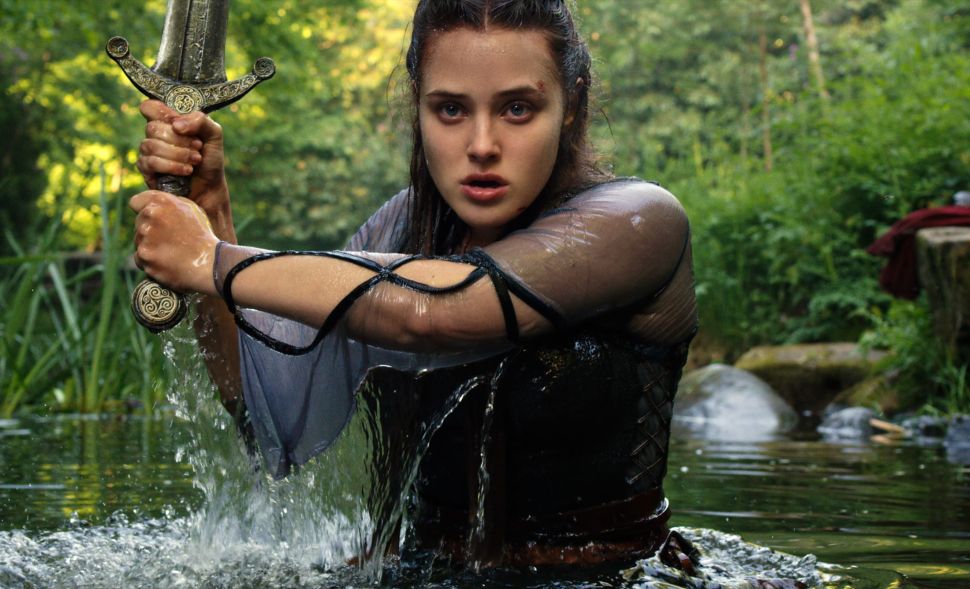