Retired soccer star David Beckham and Spice Girl-turned-fashion designer Victoria Beckham are upgrading the security measures at their Cotswolds home, and are hoping to build an underground escape tunnel.

The Beckhams have always been conscious of the need for security, but per Express, they’ve been particularly concerned and aware after Tottenham footballer Dele Alli was robbed at knifepoint at his North London home.

According to planning documents submitted to the local building council and obtained by Express, the Beckhams want to build an underground passageway, which would link their barn-style home with their existing garage. It’s part of a new basement cellar, and the documents say that it will “improve security for the occupants of the property.” The plans also include a proposed security hut and, on a lighter note, a wine cellar.

Posh and Becks purchased the nine-bedroom Oxfordshire home in 2016, and it’s where they’ve been quarantining amid the coronavirus pandemic. They reportedly hired Charles & Co., the same firm Prince Harry and Meghan Markle later employed, to complete the interior design vision at the home. The picturesque home already has its own tree house, tennis court, pool and sprawling gardens.

Perhaps the Sussexes will once again call on Charles & Co. if they end up building that three-bedroom Cotswolds home they were reportedly thinking about earlier this year. Prince Harry and Meghan are now living in Los Angeles, but apparently hope to construct a residence on the Great Tew Estate, where the Beckhams’ home is, to use as their U.K. home base. In fact, the Sussexes reportedly got the idea to build a new home in the area from the Beckhams. 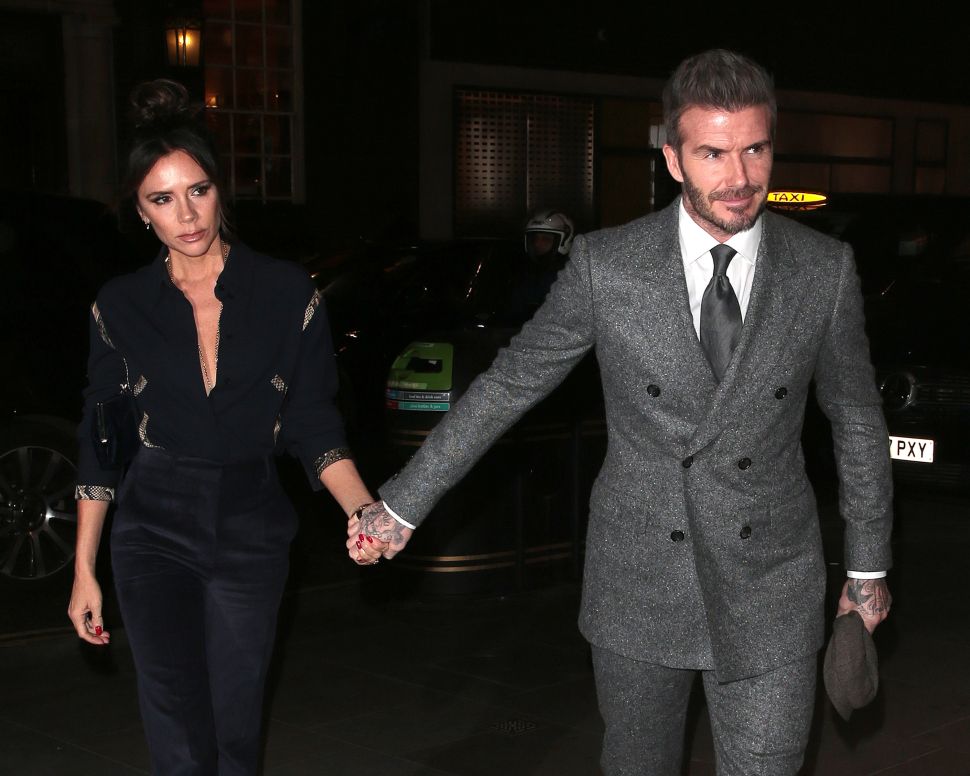