This post contains spoilers for Dead to Me Season 2.

Netflix’s hit show Dead to Me, starring Christina Applegate and Linda Cardellini, is about guilt and murder—the story of what happens when a woman befriends the widow of a man she killed in a hit-and-run. But it’s also about love and its different shades. It has become increasingly popular and has made it onto Netflix’s “top 10” lists, and in Season 2, which debuted recently, Cardellini’s character, Judy Hale, gets into a same-sex relationship after the death of her ex-fiancé. The queer representation in Dead to Me feels progressive because of the way it is portrayed so naturally, and it’s worth exploring what its portrayal means for the characters and LGBTQ+ audiences alike. For Judy, there is no grand coming out. She never feels the need to explain herself or her actions, nor does she explicitly define her sexuality.

To understand the impact of this it’s worth going to the tape. After Judy and her love interest, Michelle (played by Natalie Morales), become close friends in Season 2, their relationship begins to flourish. In the episode “You Don’t Have To,” when Judy is on her break from work, Michelle joins her in her car, and they talk about music, their personal lives and the necklace Judy is wearing.

Their conversation is genuine, and it flows easily. At this point, their interest in each other is subtle and adorable.

SEE ALSO: Unscripted Streaming TV Has Blown Up in the Coronavirus Pandemic

When the topic comes up of Judy living with her friend Jen, Michelle asks if Judy and Jen are just friends. Judy assures Michelle that they are, and Michelle says “‘Cause you’re not, uh…” and Judy interjects, “Not with her.”

Judy doesn’t need to label her sexual identity. As soon as she and Michelle establish the minimal information required to pursue their relationship, no other explanation is given—because nothing else is needed. Queer people are constantly under pressure to label themselves and to explain their sexuality to those around them, but Dead to Me conveys that same-sex relationships are perfectly normal and don’t require a reason or a defense.

Many other shows and movies that feature LGBTQ+ representation are focused on labels and justifications from characters. Coming out is usually a central part of the plot, which glorifies sexuality, making it seem like something that needs to be explained. Even movies that are entirely about queer identities, like Love Simon, put so much pressure on the characters to come out to those around them. Sexual identity is a personal matter, and Dead to Me does a better job of portraying this than most other forms of queer media.

In Dead to Me, Judy’s apparent sexuality changes very quickly, exemplifying that we should never make assumptions about someone’s sexual identity. Until she met Michelle, the only other relationship Judy was shown in was with her ex-fiancé, Steve, so viewers assumed that Judy was straight. This is a stereotype that our society often enforces—if a woman has been in relationships with men, she is presumed to be straight. This is the basis of bisexual and pansexual erasure. The way that Dead to Me highlights sexual fluidity reminds viewers that same-sex relationships are valid, whether or not someone sticks to a pattern in their relationship history.

When Judy begins her relationship with Michelle, she seems calm, almost as if she has done this before. She doesn’t go through any sort of crisis about her identity, and she willingly follows her heart when it leads to a same-sex relationship. This representation is reassuring to the queer community because of the way that it is represnented in such a nonchalant way. Coming to terms with sexual identity is a different process for everyone, which makes it easier for viewers to relate to Judy. Whether Judy had an easy or a difficult time accepting herself is a mystery, which is effective because it doesn’t attempt to tell them how they should feel about their sexuality. They are allowed to create their own story.

Even when Judy comes home and discusses her relationship with Michelle with the normally aggressive Jen, she is not questioned. Jen understands that she is not owed an explanation, and she reacts as if Judy has just told her what they’re having for dinner. The way that characters in Dead to Me accept Judy so quickly inspires the audience to do the same. No one in the show seems surprised or alarmed in the slightest, so viewers are inclined to welcome Judy’s love and enjoy it as a newly established part of the plot, even though it developed so much differently than queer relationships usually do in media.

Such progressive representation is necessary for the queer community because of the way it happens so naturally. Judy and Michelle’s relationship isn’t about gender; it’s about love and a simple connection that is allowed to prosper without question. Dead to Me exhibits what the LGBTQ+ community strives for—acceptance and integration.

Dead to Me is available to stream on Netflix. 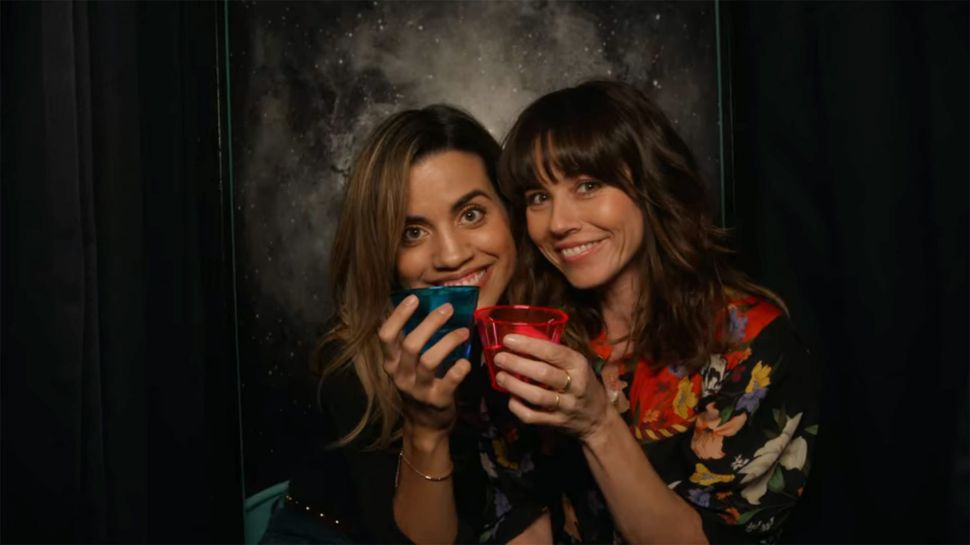