The singer originally listed the property for $9.5 million back in September 2018, two months after she reportedly overdosed at the house. Lovato was hospitalized and then checked into a rehab facility; she made her big return to the stage earlier this year, with a major performance at the Grammys as well as singing the national anthem at the Super Bowl.

Lovato understandably wanted nothing to do with this 5,564-square-foot Sunset Strip home after the overdose incident, but wasn’t able to locate a buyer at the original price tag, which was shortly thereafter lowered to a touch under $9 million.

The home has shifted on and off the market a few times since; the final sales price comes to $8.25 million, per records first spotted by Variety, which means Lovato is taking a loss from the $8.3 million she paid for the estate in September 2016.

The kitchen is equipped with stainless steel appliances, white cabinetry, marble countertops and a large square center island with breakfast bar seating. It’s open to a dining enclave as well as a family room.

The master suite has a sitting room, two walk-in closets and a bathroom with a soaking tub.

The upper level of the home is configured with a sleek wet bar and a media room, and opens up to a sprawling lounge terrace.

Outside, there’s a zero-edge pool, an outdoor grill and a trail that leads to a covered gazebo.

Earlier this year, Lovato reportedly moved to a $35,000-a-month apartment rental in a nearby condominium. It seems she’s since upgraded to a home elsewhere in Los Angeles, though. She’s been quarantining at the new abode during the coronavirus pandemic, with her new boyfriend, Max Ehrich. 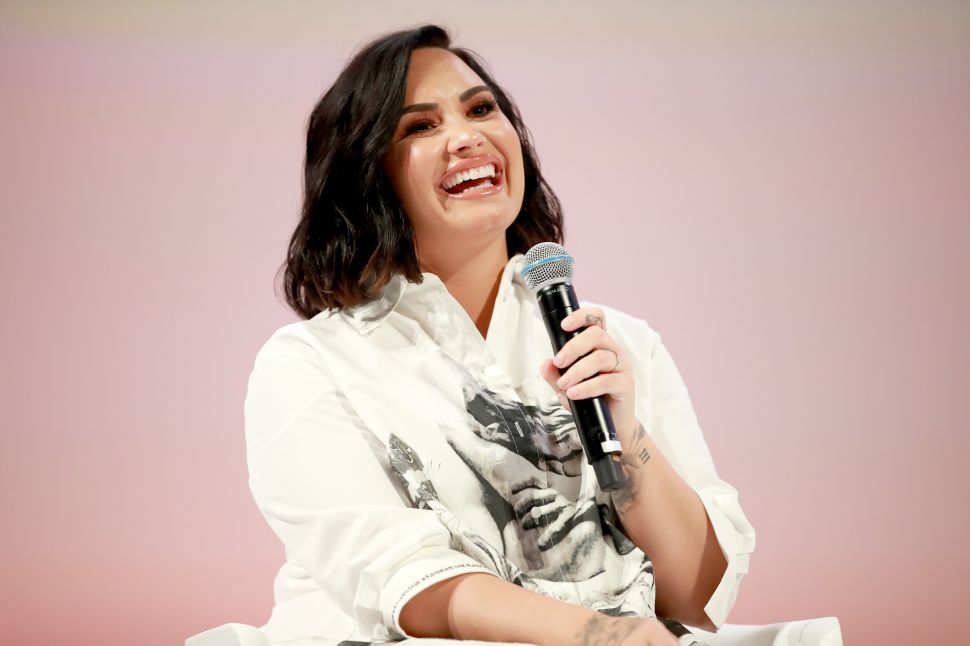