Shortly before last year’s Super Bowl, we talked to a host of experts about the possibility of the NFL moving its broadcast rights to streaming full-time. The general consensus was that while the deep pockets of streaming and growing public interest made it an attractive alternative, the direct-to-consumer market wasn’t yet ready to support such a radical shift in delivery. Given the technological hurdles of live programming delivered via streaming as well as the ease of access to broadcast networks, maintaining the status quo made the most sense in the short-term.

However, given the unprecedented situation legacy media now finds itself in due to the COVID-19 pandemic, the idea of sports migrating to a new safe haven is not quite as farfetched. Morgan Stanley media analyst Ben Swinburne wrote in a note to clients Wednesday that Disney—complete with ABC, ESPN, ESPN+, Hulu and Disney+—may be “uniquely positioned to take the leap,” per Deadline.

Traditional pay-TV was already in decline long before the coronavirus pandemic hit. According to estimates from Wall Street analyst firm MoffettNathanson provided to Variety, there were only about 83 million domestic pay-TV subs at the end of 2019. In 2018, nearly three million traditional customers opted to cut the cord. There exists a mass exodus of linear-TV users and quarantine has expedited their migration to general streaming.

Netflix is seeing record traffic numbers and new-sign-ups, Disney+ surpassed 55 million paying customers, and a vigorous pivot to direct-to-consumer emphasis is sweeping the industry amid the ongoing theater and production shutdowns. WarnerMedia’s HBO Max launched last week and plans to incorporate sports programming via Turner in the future. NBCUniversal’s Peacock will launch next month (initially in conjunction with the 2020 Tokyo Olympics) and eventually add sports programming as well. The seeds have been more than just planted.

“Disney’s scale and ability to vertically integrate in general entertainment has positioned it as a long-term winner in streaming,” the analyst wrote. “Using ESPN’s still significant scale to better align sports fans with sports content is a logical next step.”

ESPN+ boasts around 8 million subscribers and while linear ESPN has been bleeding customers over the last five years, it still housed an estimated 83 million customers as of November, per AdAge. Disney is currently in negotiations with the NFL on new broadcasting rights. It’s highly doubtful that the league would move ESPN’s Monday Night Football exclusively to ESPN+, but the NFL does have simulcast agreements in place with Amazon, so it’s not as if they aren’t experimenting with new delivery methods. Compare this to the complicated negotiations with broadcast network CBS, which may find itself in a lose-lose situation with the NFL thanks to high costs, and the appeal of streaming is understandable to a revenue-hungry sports league.

Hulu is believed to have surpassed 32 million subscribers and already has a live package available to customers. Once Disney launches the streamer in international markets in the coming years, its reach will only grow, making it a more attractive potential destination for sports. There exists a framework that could support an eventual move, though likely not for another decade or so according to Swinburne.

“Sports rights on TV are rising at a high-single-digit annual growth rate, while cord-cutting is driving down pay-TV revenues,” he wrote. “If these trends continue, by the end of 2030 there will be little earnings left in the business of broadcasting sports. This would be a bad outcome for all involved, even team owners and players. The majority of revenues for all major leagues stems from TV rights.” 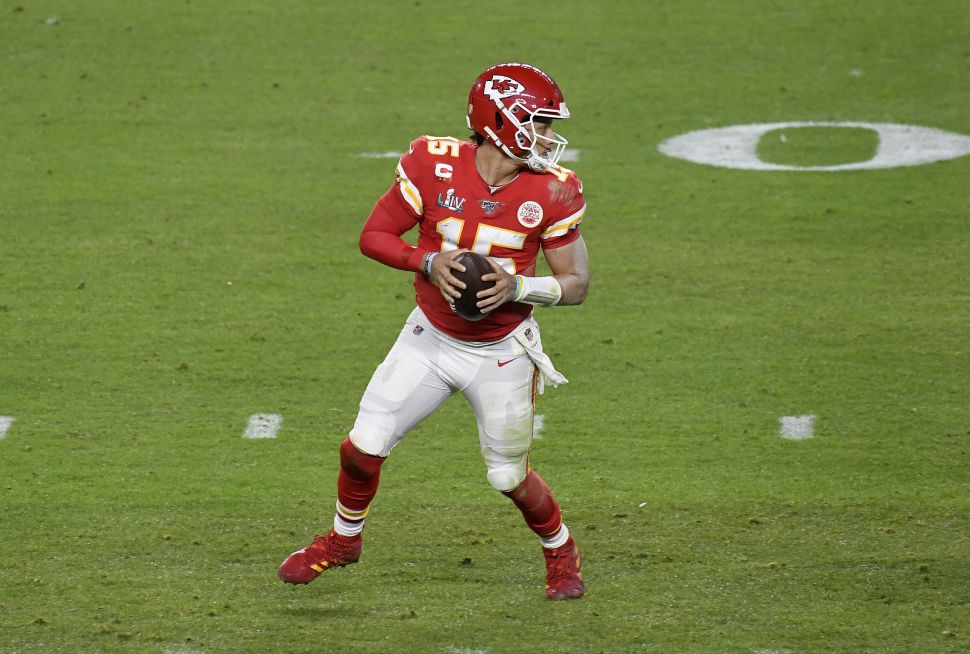