Nobody would disagree that worldwide, the tenor of daily life and interpersonal interaction has been forever changed; both by the coronavirus and by the continual protests against police brutality and racism. Some of the most striking recent visual evidence of this shift has come in the form of defacement of public monuments. In America, citizens have been coating confederate monuments with graffiti or tearing them down entirely, a practice which has now been picked up by protesters all over the world. In Belgium, monuments of King Leopold II have been defaced, and in Bristol, demonstrators recently went viral when they tore down a statue of slave trader Edward Colston and tossed it into the harbor.

The moment a statue of slave trader Edward Colston toppled into Bristol’s harbour. ‘It’s what he deserves. I’ve been waiting all my life for this moment’ someone told me in the moments after. pic.twitter.com/6juqVrsJ6V

The latter act in particular sparked affirming messages of support all around the world, particularly because the statue of Colston was relegated to the bottom of the harbor, a symbolic move against a figure who spent his career on the in the pursuit of trading enslaved people. While defacement of public sculpture is technically a criminal activity, tearing down or drowning sculptures is just as essential a practice in terms of global history as erecting sculptures is. Additionally, sculptures serve as handy physical representations of debates that might be in the air at the time. When they’re removed, this signifies that the debate is evolving.

SEE ALSO: Graffiti Is Important to the Tradition of American Dissent

In Cape Town, South Africa, a statue of the British diamond magnate and white supremacist Cecil Rhodes stood in place for over 80 years before being torn down in 2015 after sustained student protests. Now, because of the renewed Black Lives Matter protests, students in Oxford have become freshly interested in taking down a statue of Rhodes on their own campus. This is just one example of how the removal of sculptures in one place can trigger renewed critical interest in an entirely different physical location, and given the global nature of the protests that are currently ongoing, it’s likely that many more monuments to long-dead oppressors will be torn down in the future. After all, people are going to need public space to build new monuments for the heroes of the present. 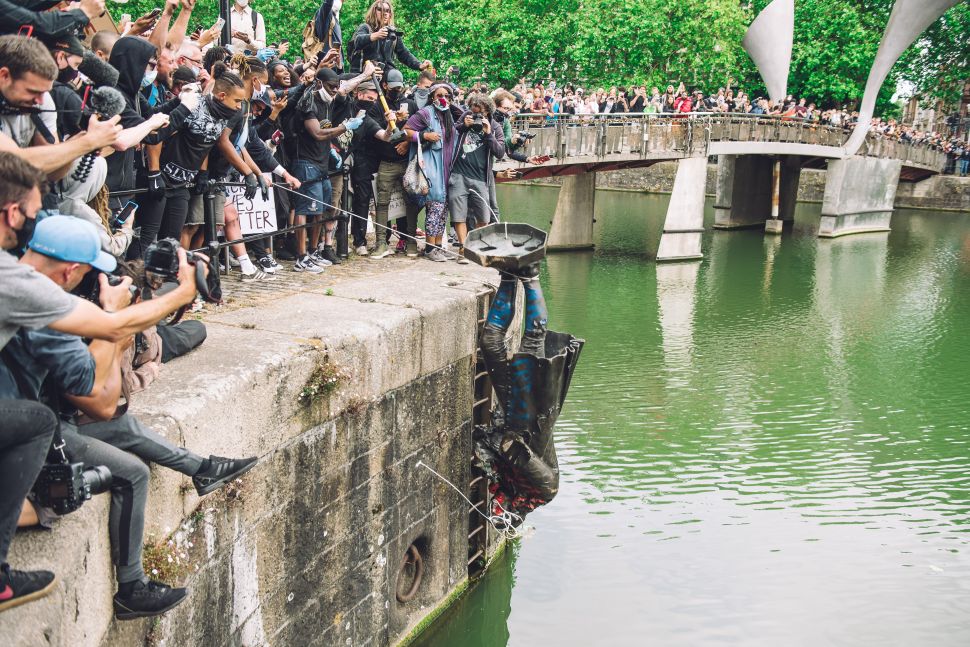