When the world watched George Floyd take his last breath as the knee of a white police officer remained pressed into his neck for almost nine minutes, it sparked a fire in America’s consciousness which blazed across all 50 states. This was just the latest in a string of Black lives lost in brutal fashion at the hands of law enforcement. In the aftermath, protests have raged all over the country and other parts of the world to advocate for the dismantling of racist systems.

Since then, non-Black people have been showing their support on social media and expressing interest in becoming allies by listening and learning about the history of Black oppression which has plagued the U.S. for centuries. To provide a starting point, for Juneteenth, we curated a list of films and television shows which tackle systemic racism and implicit bias.

This list is by no means exhaustive but instead just a few resources to help contextualize the current climate.

SEE ALSO: What to Watch on Juneteenth and This Weekend (for Free)

The name refers to the 13th Amendment of the United States Constitution which abolished slavery and involuntary servitude, except as punishment for a crime. It explores the mass incarceration in the United States which disproportionately affects Black men. The documentary is chock full of powerful archival footage, brilliant interviews from the likes of influential civil rights activist Angela Davis and includes the perspective of dissenting voices which lends credibility to the Emmy-winning piece. Watch 13th on Netflix or for free on YouTube.

The brutal rape of a young woman who became known as the Central Park Jogger rocked New York to the core in 1989. Five Black teenagers aged 14 to 16, Antron McCray, Kevin Richardson, Yusef Salaam, Raymond Santana, and Korey Wise were wrongfully convicted and only released in 2002 after the actual rapist confessed. The mini series picks up as the unfairly vilified young men attempt to reintegrate into an unforgiving society.  In one of the most gut-wrenching scenes McCray’s father begs his innocent son to confess, not because of his guilt, but for fear of retaliation from the police. Watch When They See Us on Netflix.

Selma documents the historic marches from Selma, Alabama, to the state capitol in Montgomery which resulted in the landmark Voting Rights Act of 1965. Perhaps no one is more synonymous with the fight against racial discrimination and segregation than Martin Luther King, Jr., and together with other civil rights activists Hosea Williams and John Lewis, he led thousands in support of African-Americans exercising their constitutional right to vote. It is heart-rending to watch Annie Lee Cooper’s (Oprah Winfrey) pain as she is denied voting rights for the fifth time after failing to name the 67 county judges in Alabama. Lewis, a Congressman who is now battling cancer, was recently spotted touring a Black Lives Matter mural in the wake of Floyd’s death, proving that the fight for equality is long and arduous. Watch Selma for free until the end of June on all digital platforms, including Amazon and Google Play.

Fruitvale Station‘s title refers to the area in Oakland, California where a young Black man, Oscar Grant, was shot to death by BART police officer Johannes Mehserle in 2009. Coogler’s directorial debut chronicles the last day of the 22-year-old’s life. The incident was filmed by bystanders on cell phones and resulted in both peaceful and violent protests in the city – an eerie parallel to the aftermath of Floyd’s death. Watch Fruitvale Station on Amazon.

Walter McMillian (Jamie Foxx) is a man sentenced to death for the murder of an 18-year-old girl despite evidence to the contrary. In one of his first cases Harvard grad Bryan Stevenson (Michael B. Jordan) is tasked with overturning McMillian’s conviction—a fight which he takes all the way to the Alabama Supreme Court. The film exposes the societal fear to confront racism and features several profoundly moving moments. Watch Just Mercy for free until the end of June on all digital platforms, including Amazon and Google Play.

American novelist James Baldwin’s writings come to life in this documentary based on his unfinished manuscript ‘Remember This House.’  Only about 30 pages were completed but Peck imagines what the finished product would be with the addition of Baldwin’s personal letters. Narrated by Samuel L. Jackson and using clips of Baldwin himself, Peck reintroduces us to Baldwin’s extensive work on race in America and the Black experience. Watch I Am Not Your Negro on YouTube, Amazon Prime Video, Google Play, or for free on Kanopy.

This novel is an extended version of a short story written by Angie Thomas in college as a response to the murder of Oscar Grant.  It follows Starr Carter (Amandla Stenberg), a poor African American teen attending an elite predominantly white private school, as she struggles to do the right thing after witnessing the murder of her childhood friend Khalil (Algee Smith) by the police.  One of the more gripping scenes shows Starr confronting her best white girlfriend Hailey (Sabrina Carpenter) who callously claims that Khalil was a thug who would have eventually been killed. Watch The Hate U Give on YouTube or on Google Play.

The Tulsa race riots of 1921 has been described as the “single worst incident of racial violence in American history.” White residents destroyed what was then the wealthiest black community in the United States, dubbed “Black Wall Street” by Booker T. Washington, killing an estimated 300 people.The tragedy has been brought back to the nation’s consciousness recently thanks to the series based on a comic book from DC Comics which gives a provocative look at race in America. Watch The Watchmen for free for Juneteenth on HBO.

This is a Cosby Show spinoff which follows Denise Huxtable (Lisa Bonet) as she attends the fictional Historically Black Hillman College. Issues of racial inequality were woven throughout the series’ six season run but three episodes really stand out in this current climate. Cat’s in the Cradle in which an offhand comment by Hillman student Ron (Darryl M. Bell) after a college football game escalates into racial slurs from students of the opposing school. Also worth watching are the ‘Honeymoon in LA’ episodes (Parts 1 & 2) in which Dwayne (Kadeem Hardison) and Whitlley’s (Jasmine Guy) honeymoon is set against the backdrop of the 1992 Los Angeles riots. Watch A Different World on Amazon Prime.

The Netflix series takes its title from the film of the same name by Justin Simien and explores the challenges of race relations and black identity faced by students of color at predominantly white Ivy League school Winchester University. The name is also the title of a podcast hosted by Black student Samantha White (Logan Browning) highlighting racial inequalities on campus. The show addresses police brutality in the episode ‘Chapter V’ in which an officer called in to address a dispute at a party points a loaded gun at Winchester student Reggie (Marque Richardson) and keeps his finger on the trigger despite several students proclaiming the young Black man’s innocence. The episode, directed by Moonlight’s Oscar award winning director Barry Jenkins, is a reminder that as a Black person your very presence can be deemed a threat. Watch Dear White People on Netflix.

Blackish tackles race head on in this comedy about wealthy Black executive Andre ‘Dre’ Johnson (Anthony Anderson) and his family who live in an upscale, predominantly white neighborhood. There is lighthearted humor in facets of the Black experience like long church services, the history behind a common microaggression that Black people can’t swim, and a nuanced look at the use of the ‘N’ word. Season two’s ‘Hope’ is a standout episode exploring the grey areas of police brutality. Barris, who grew up in a poor neighborhood, says the show is overwhelmingly based on his own experiences after becoming successful. Watch Blackish on Amazon Prime and on Hulu.

The Wire is often lauded as one of the best shows of all time. The heavily acclaimed police drama is a fictional portrayal of the very real issues of structural racism in the education system, the drug trade, and bureaucracy. That it is set in Baltimore, a city that has long struggled with institutionalized racism and economic disparities, adds to the authenticity. The events are loosely based on writer Ed Burns’ experience as a former homicide detective and school teacher. Watch The Wire on Amazon Prime and on HBO.

Issa Rae’s show about professional millennials navigating life in South L.A. and Crenshaw gives another perspective of the black experience. The second season in particular delves deeper into socially conscious themes like Molly’s (Yvonne Orji) suspicion that she is being paid less than her white male counterparts. The fourth episode ‘Hella L.A.’ starts with a case of racial profiling as Lawrence (Jay Ellis) is stopped by cops for an illegal u-turn after following a couple of other cars which were not flagged for the same offense. Lawrence again finds himself at the center of controversy in the same episode when he is fetishized by two non-Black women during a tryst after a grocery store run. Watch Insecure on HBO.

If you are able and would like to donate to support racial equality and social justice, here are a few links: Official George Floyd Memorial Fund, Justice for Breonna Taylor, I Run With Maud (Ahmaud Arbery), Equal Justice Initiative, and ActBlue Bail Fund Relief. 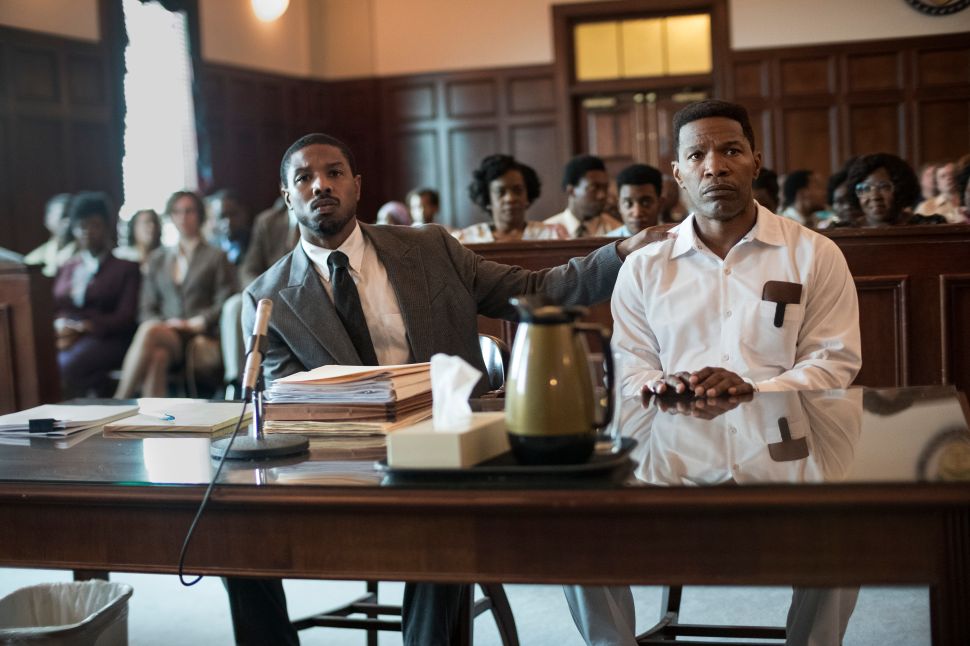