General Motors (GM), the largest automaker in the U.S., may have lost early adaptors in the electric vehicle space to Tesla, but it’s now vying for a far more lucrative sector untapped by Tesla just yet—to build electric commercial vans for the likes of UPS and Amazon.

As Reuters first reported on Thursday, citing multiple people familiar with the plan, GM is secretly developing an electric van code-named BV1 due to enter mass production in late 2021. The van is expected to be assembled at GM’s electric truck plant in Detroit and could eventually be released under one of the auto giant’s existing truck brands, Chevrolet and GMC, like its recent electric SUV Mustang Mach-E, or something entirely new.

GM didn’t confirm the project, but said in a statement that it’s “committed to an all-electric future and is implementing a multi-segment, scalable EV strategy to get there.”

If the effort follows through, it could mark a major turning point in the U.S. EV competition landscape. “It’s going to be similar to what the Model 3 has done for the consumer market. Now all of a sudden, we’re off to the races,” Scott Phillippi, UPS’ senior director of fleet maintenance and engineering, told Reuters.

At a news conference on May 12, a week ahead of GM’s plant reopening from a two-month shutdown, its head of electric and autonomous vehicle division, Ken Morris, told reporters that GM hadn’t “lost a beat” in EV production due to the pandemic. “We’re absolutely on time,” he said.

The commercial vehicle segment, although missing the presence of Tesla, is already crowded with traditional auto giants, startups and everything in between.

GM’s largest rival, Ford, announced the production schedule for its own electric van, an electric version of Transit, in February. The vehicle is expected to be available in 2022. A similar offering made by a Ford-backed startup may reach the market even sooner. Michigan-based electric van startup Rivian, funded by Ford and Amazon, also once an investment target of GM, is slated to start building 100,000 delivery vans specifically for Amazon next year.

The recently IPO-ed Nikola Motors, whose founder and CEO shares a same obsession with Nikola Tesla (hence the company name) as Elon Musk, has built three hydrogen-powered battery trucks that have already attracted enough industrial clients to keep the company busy for at least two years, Observer reported in March. 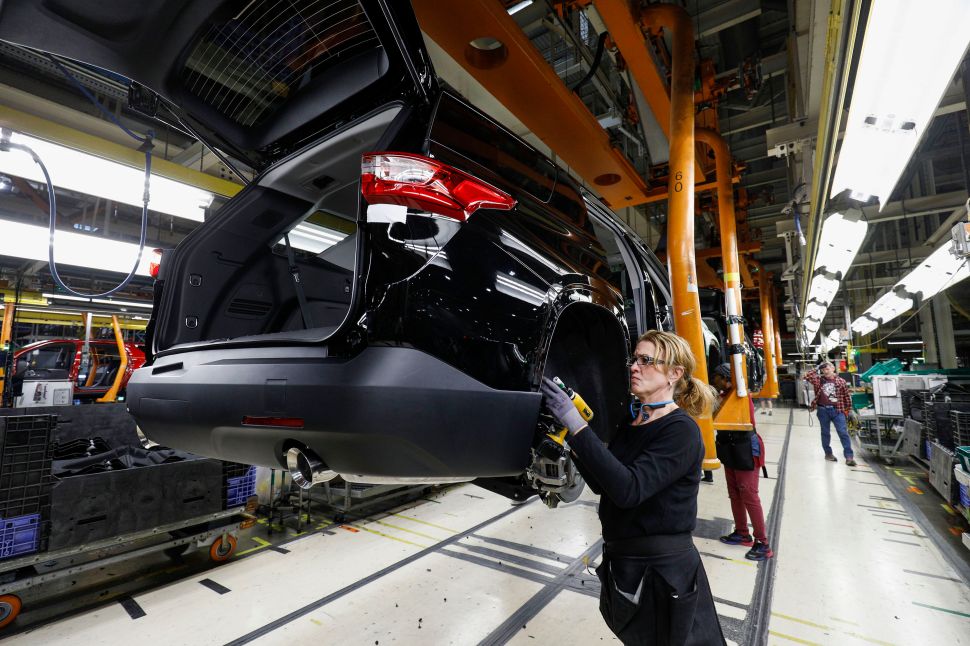