It is ironic that police brutality on African-Americans is just part of the landscape of the so-called most powerful nation on Earth. In a nation touted for championing human rights, the custodians of the law are the Achilles heel. As I sit on the edge of my couch, pummeled by the relentless news images of George Floyd’s death, I can’t help but wonder what’s so different this time, compared to the other atrocious police killings of innocent Black people in America. But of course a lot is different with Floyd.

He could have died of COVID-19, and his “I can’t breathe” cry would have made more sense in the ongoing pandemic that has elevated ventilators’ importance way above that of life itself. But what a way to die. Didn’t that police officer have a gun? A single bang would have done it. And the world would have speculated about Floyd attempting to escape from the arm of the law—like it is commonly alleged about men of color. The mainstream media would have labeled it ‘Another brutal death at the hands of police’ while the BLM members could have routinely come out to demonstrate without much ado. But now even the smallest of media houses has found its breath from Floyd’s asphyxiation while the mainstream is awash with the giant who went down in a baby’s cry.

You’d imagine it was a safer gamble to shoot than to knee-throttle in these times that are ruled by a virus that is teaching us to love and hate each other from a distance. Surely, there must be some criminal somewhere who has gotten away with it because a police officer was cautiously respectful of the invisible virus. Yet Floyd’s killer decidedly avoided sharing a breath with him by ensuring Floyd could not breathe. That’s why the clock stopped. It’s high noon in America, and the clock cannot move anymore.

SEE ALSO: 13 Essential Films and TV Shows About the Black Struggle in America

The clock was how America moved before this moment, before the death of George Floyd. Unbeknown to racism and its rogue police tentacles, the clock had been winding down with the victimization of Ahmaud Arbery, of Breonna Taylor and of the countless who came before them. Floyd, I daresay, was the trigger that ended the tick-tock and drove people to the streets in the middle of a pandemic.

Apparently there are more tolerable ways of dying, including by the gun’s barrel. Black people’s lives have been wantonly taken in the name of policing, and it has become a norm. However, manslaughter in chicken slaughter style is yet to take off, and it’s very unlikely to do so because the clock has stopped. In Germany, China, England, South Africa and elsewhere, we watch resounding protests echoing the outrage of any sensible American now more than ever.

As I sit on the edge of my couch, pummeled by the relentless news images of George Floyd’s death, I can’t help but wonder what’s so different this time, compared to the other atrocious police killings of innocent Black people in America.

Like any other Afro-American victimized by the police, Floyd was denied his human right to life in a fashion thoroughly estranged from the advocacy of justice espoused by the likes of Martin Luther King Jr. It’s truly a time of reckoning for America. All the glamour and glitz known of this first world can no longer resist the taint. The once revered American dream has turned into dread. I just saw on TV a teenage American boy saying that if you are a “so-called” person of color, you need to ask for a till slip even when you buy chewing gum. Does this not say some are more American than others?

Floyd died—most would think literally—talking to his mother, but I beg to differ. Floyd died talking to Mother Earth, for he was pressed hard against the ground. He was telling Mother Earth of the injustice of his society. He was exposing the hypocrisy of the America that goes to war with its far-placed, envisioned terrorists while it terrorizes its own internally. That’s why the clock stopped on Floyd; he died hugging the Earth and begging it to swallow him – all because he couldn’t breathe anymore as determined by the one police officer who has since lost his job and his freedom, but not his life. 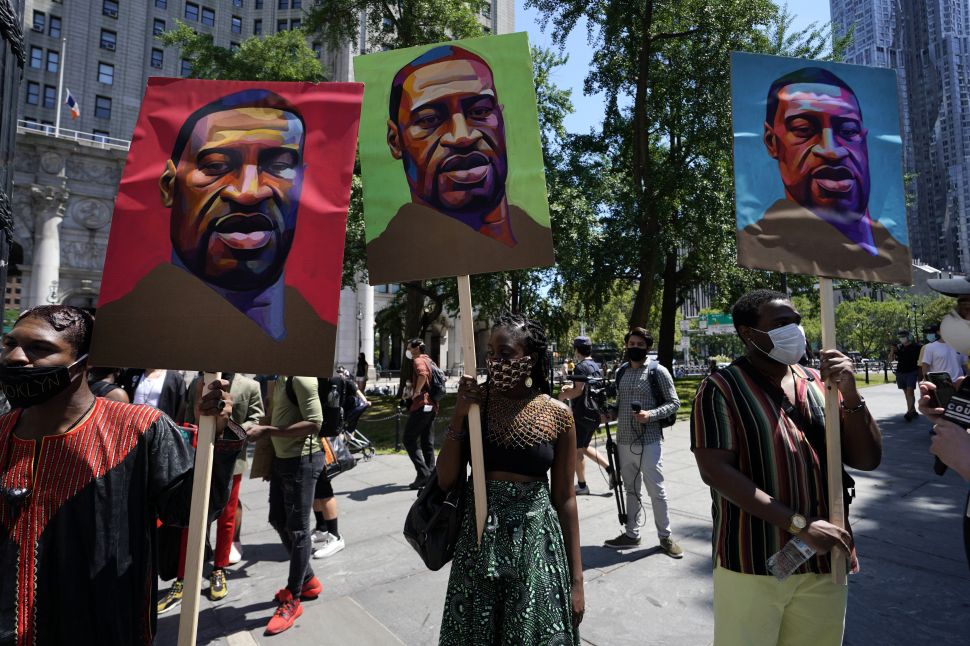