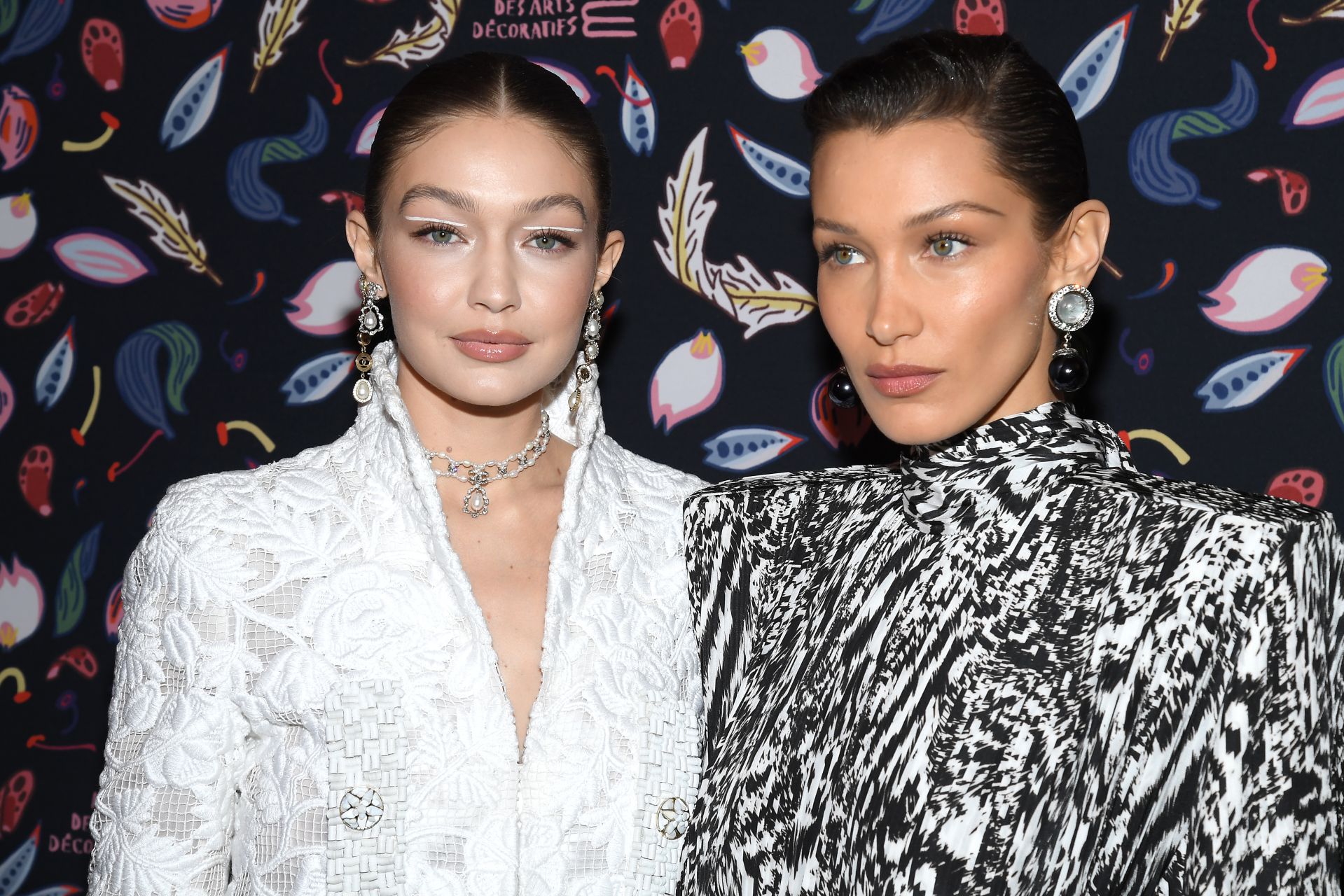 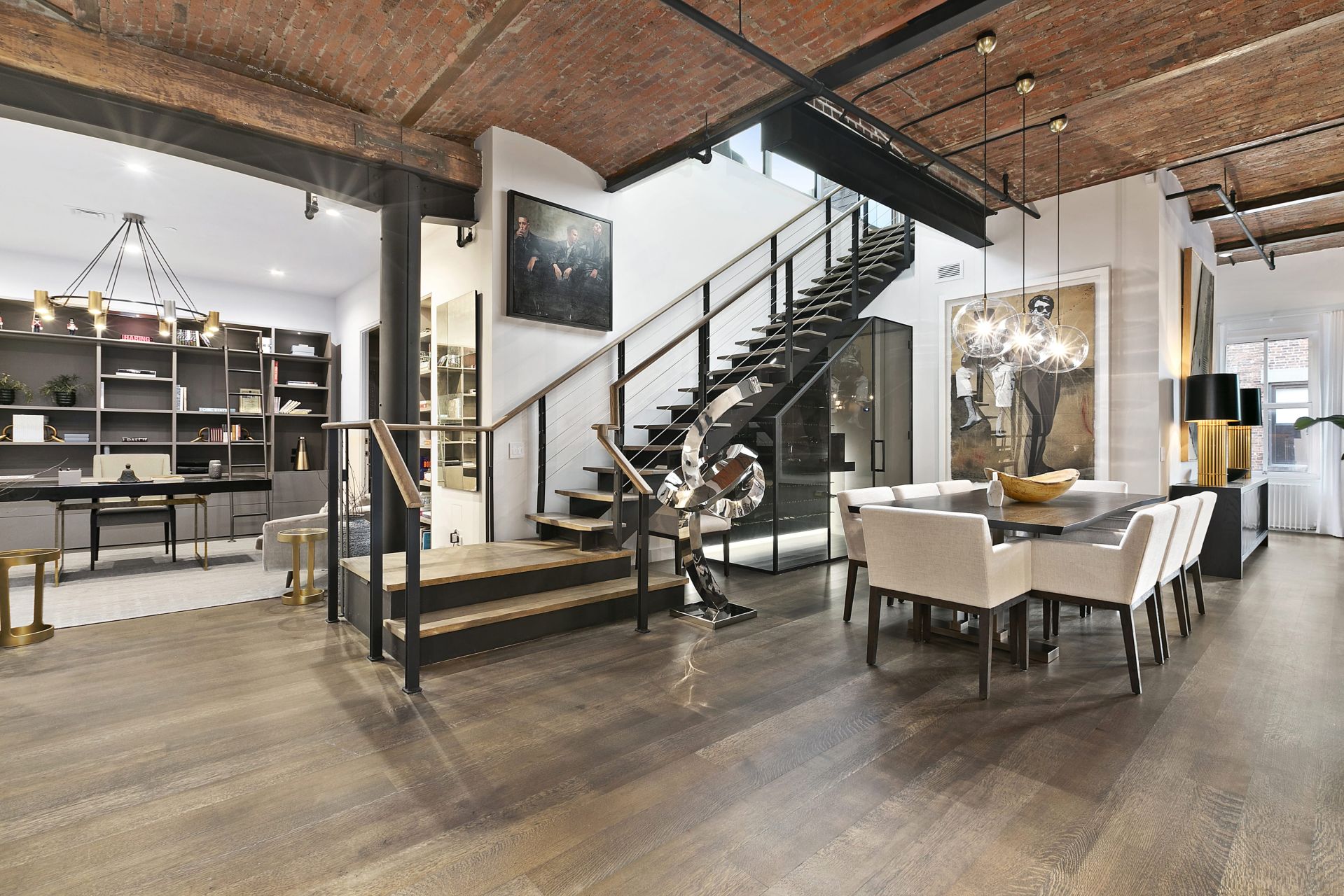 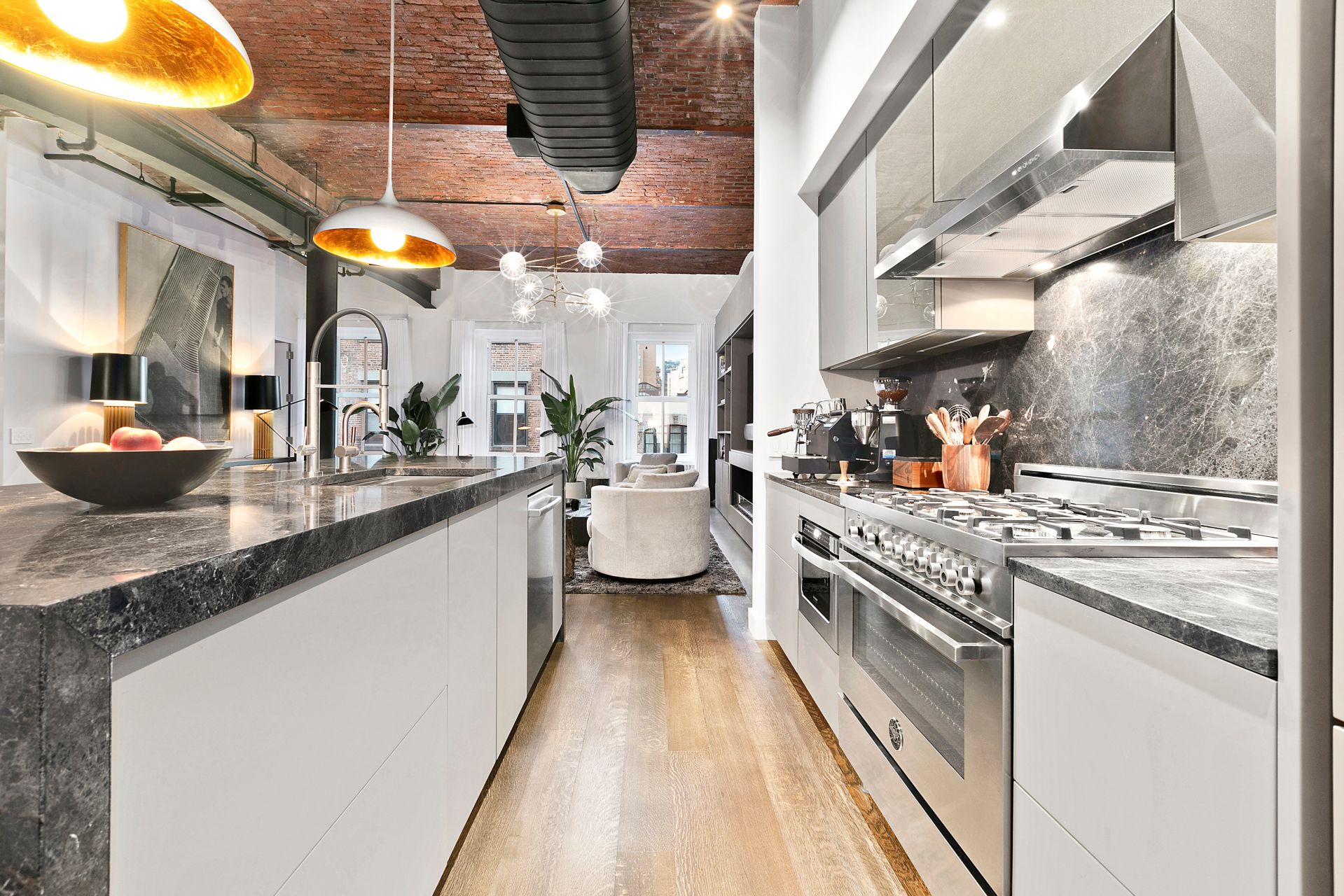 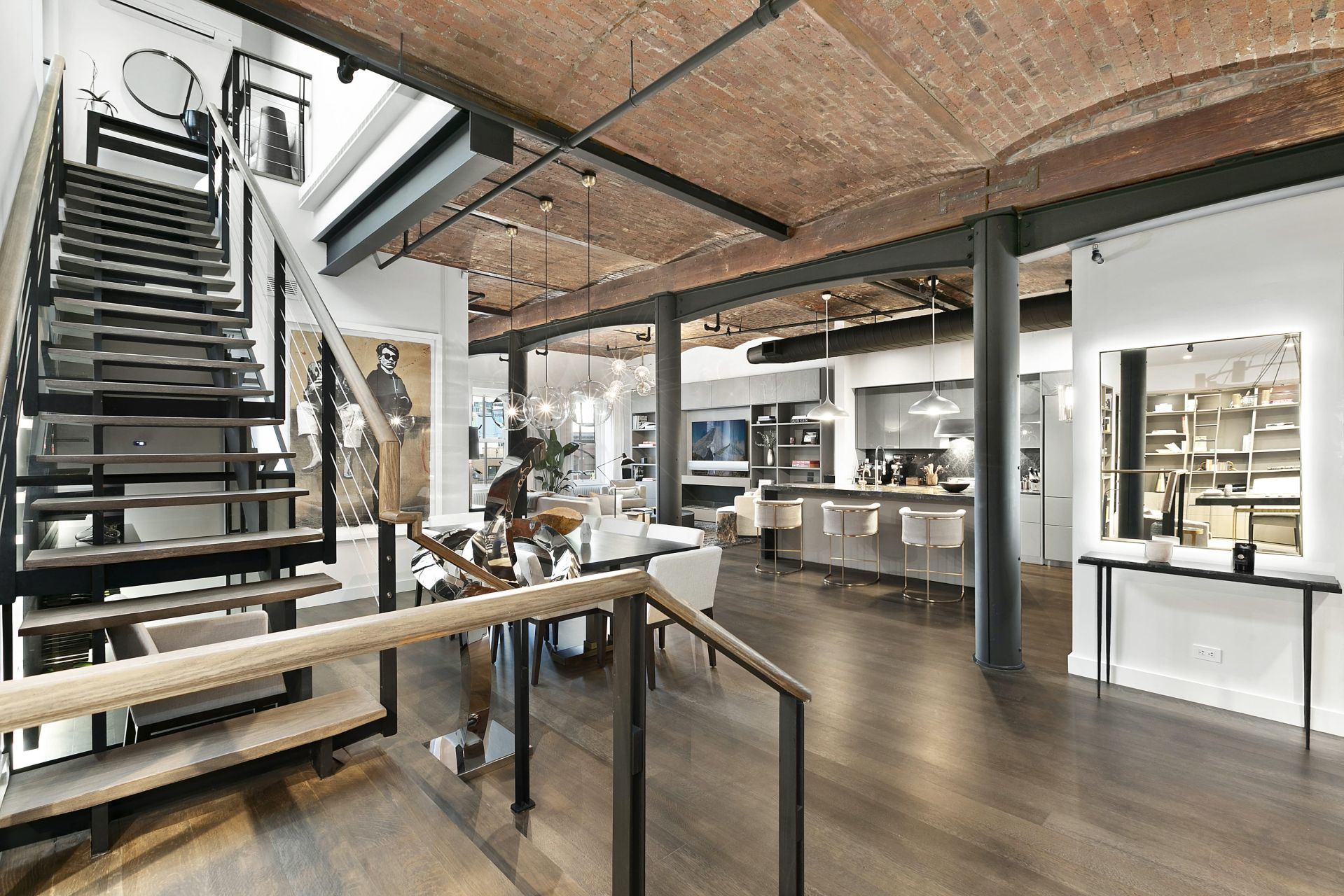 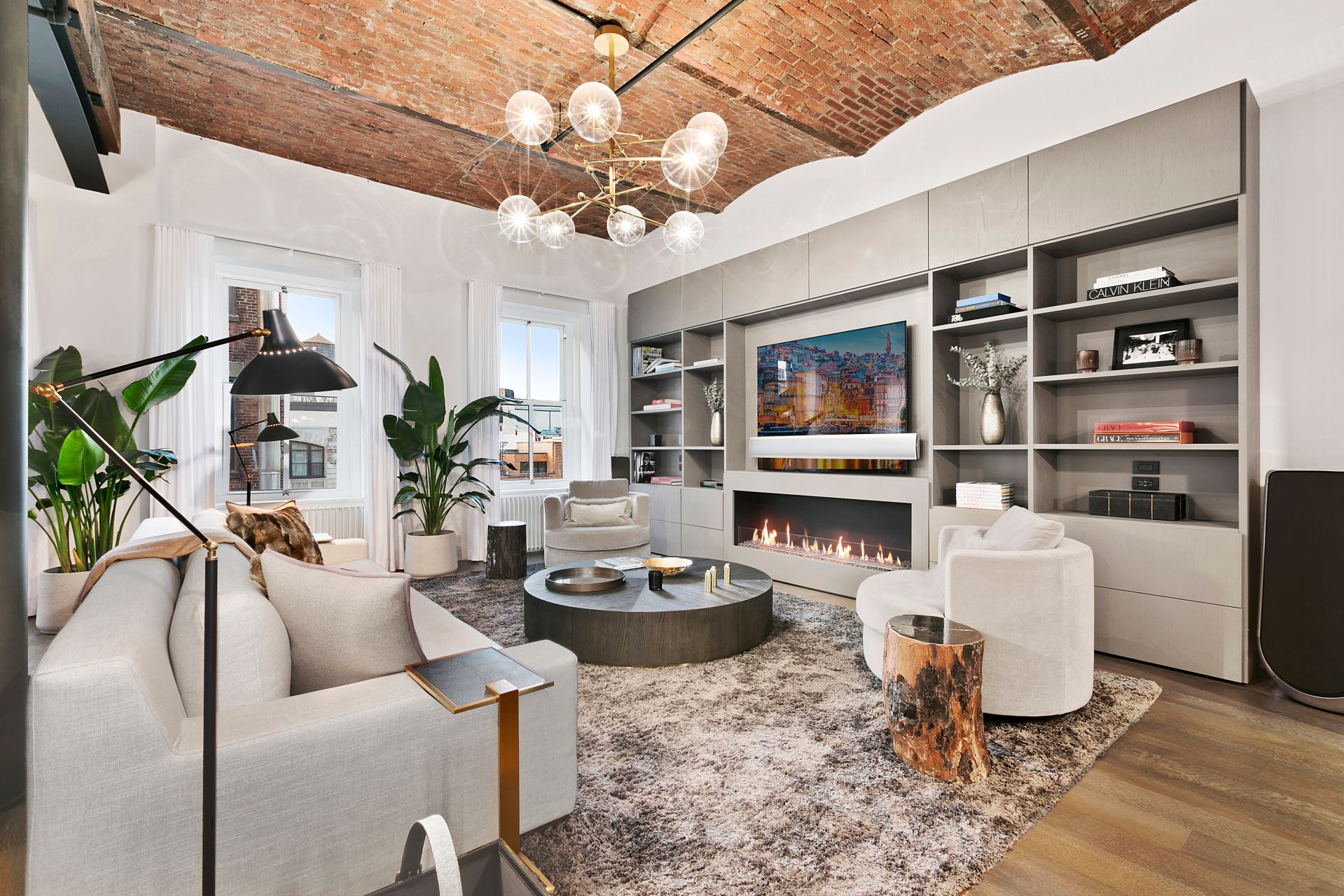 There's a fireplace in the living room.
Courtesy Corcoran 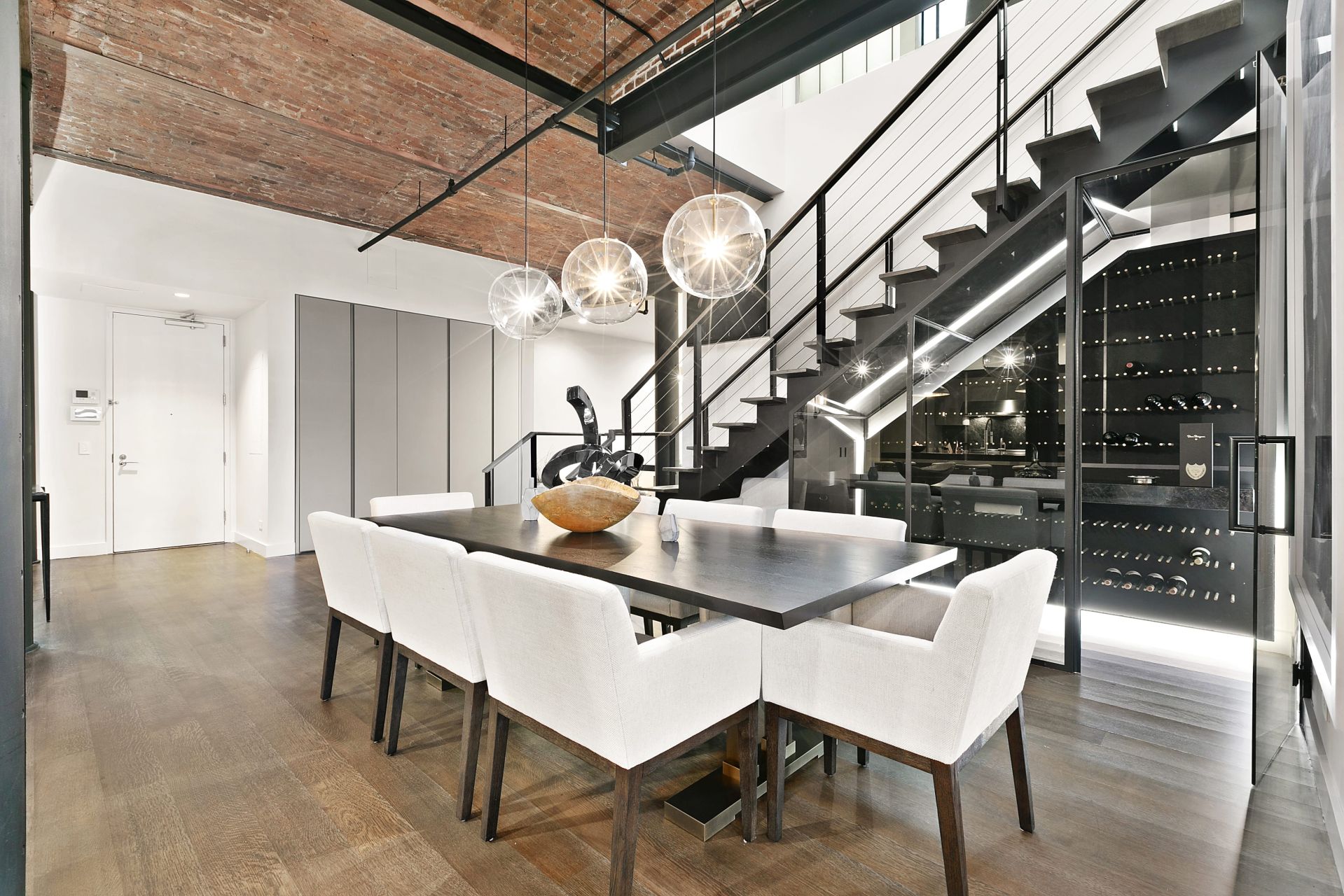 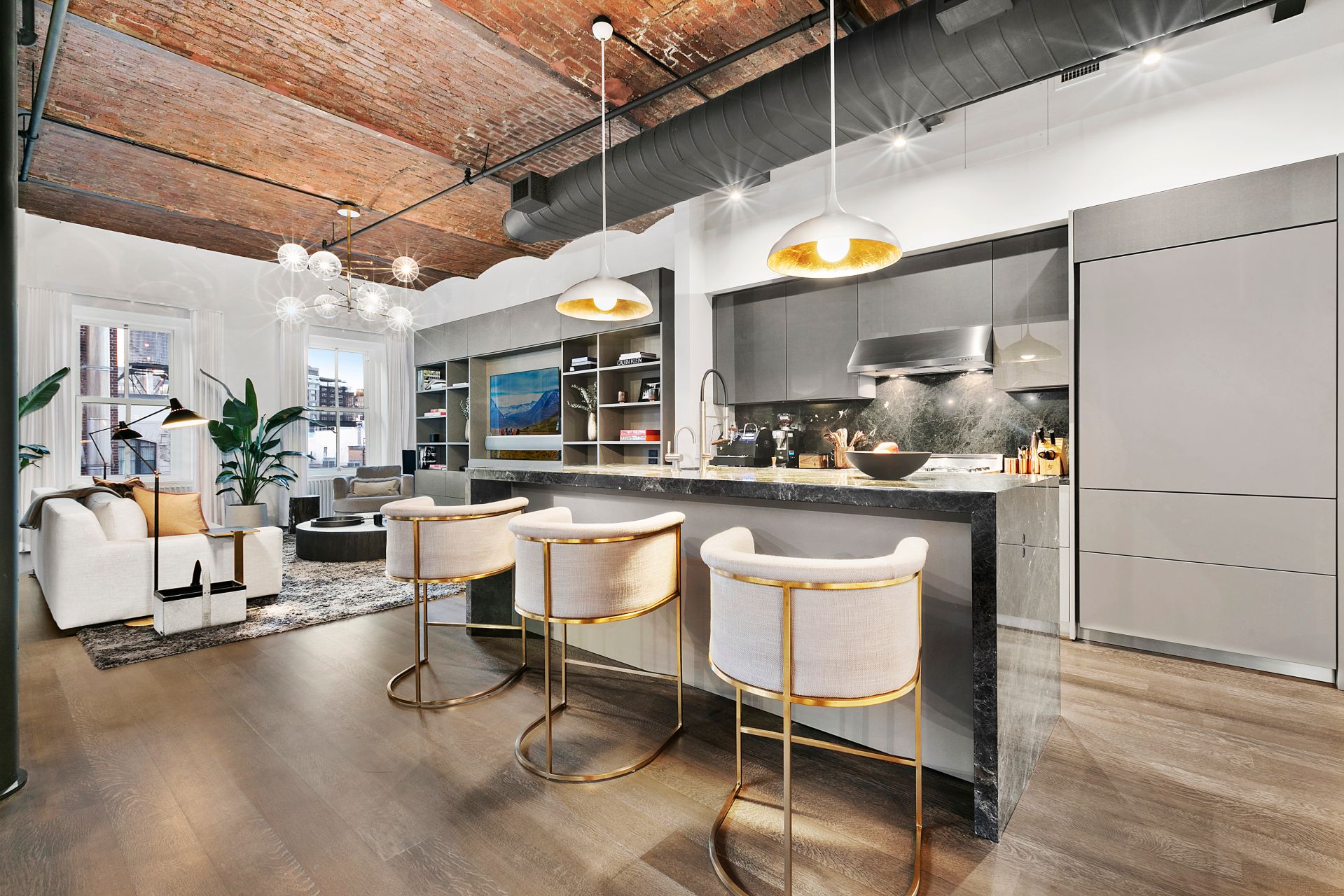 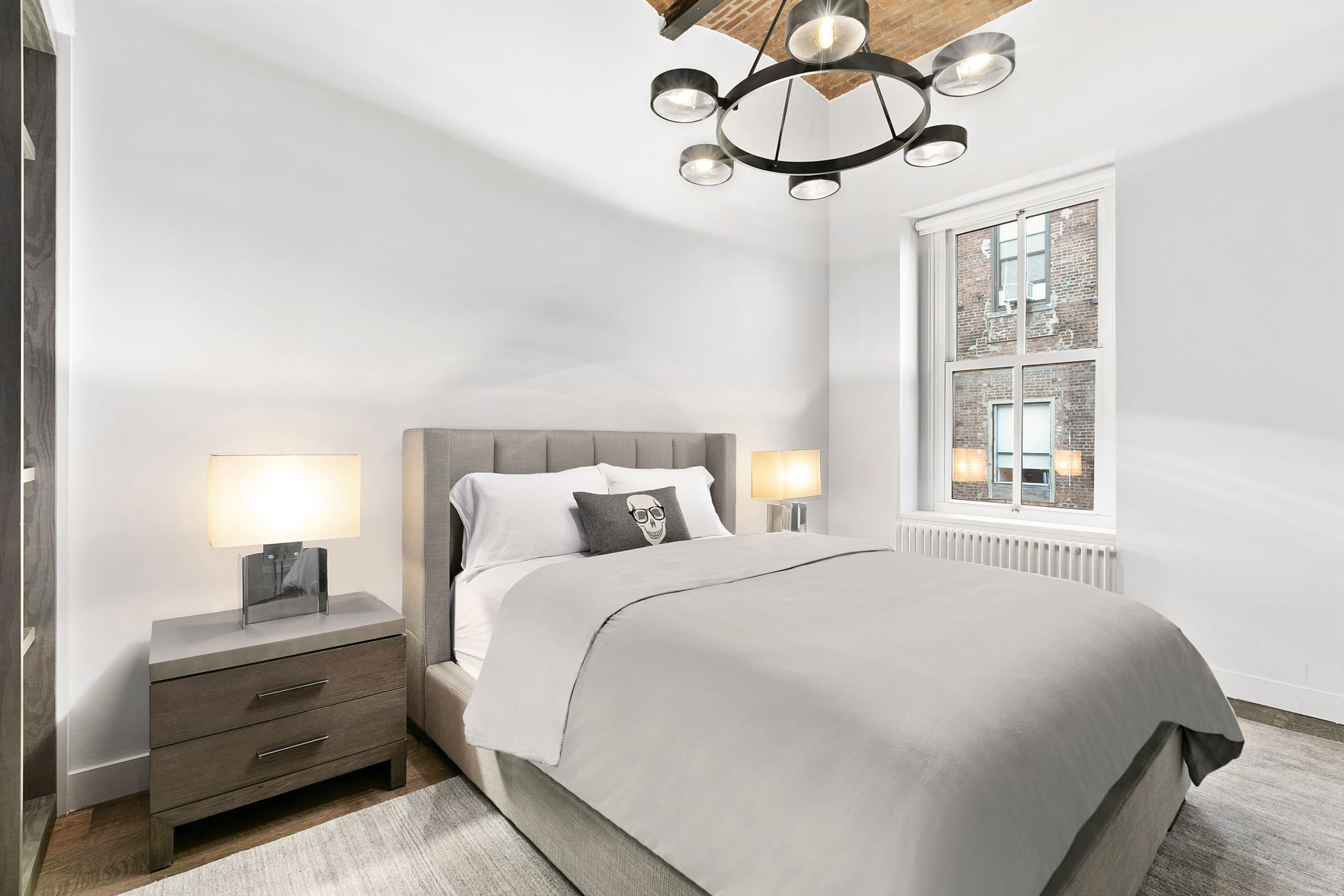 It's composed of two bedrooms and two bathrooms.
Courtesy Corcoran 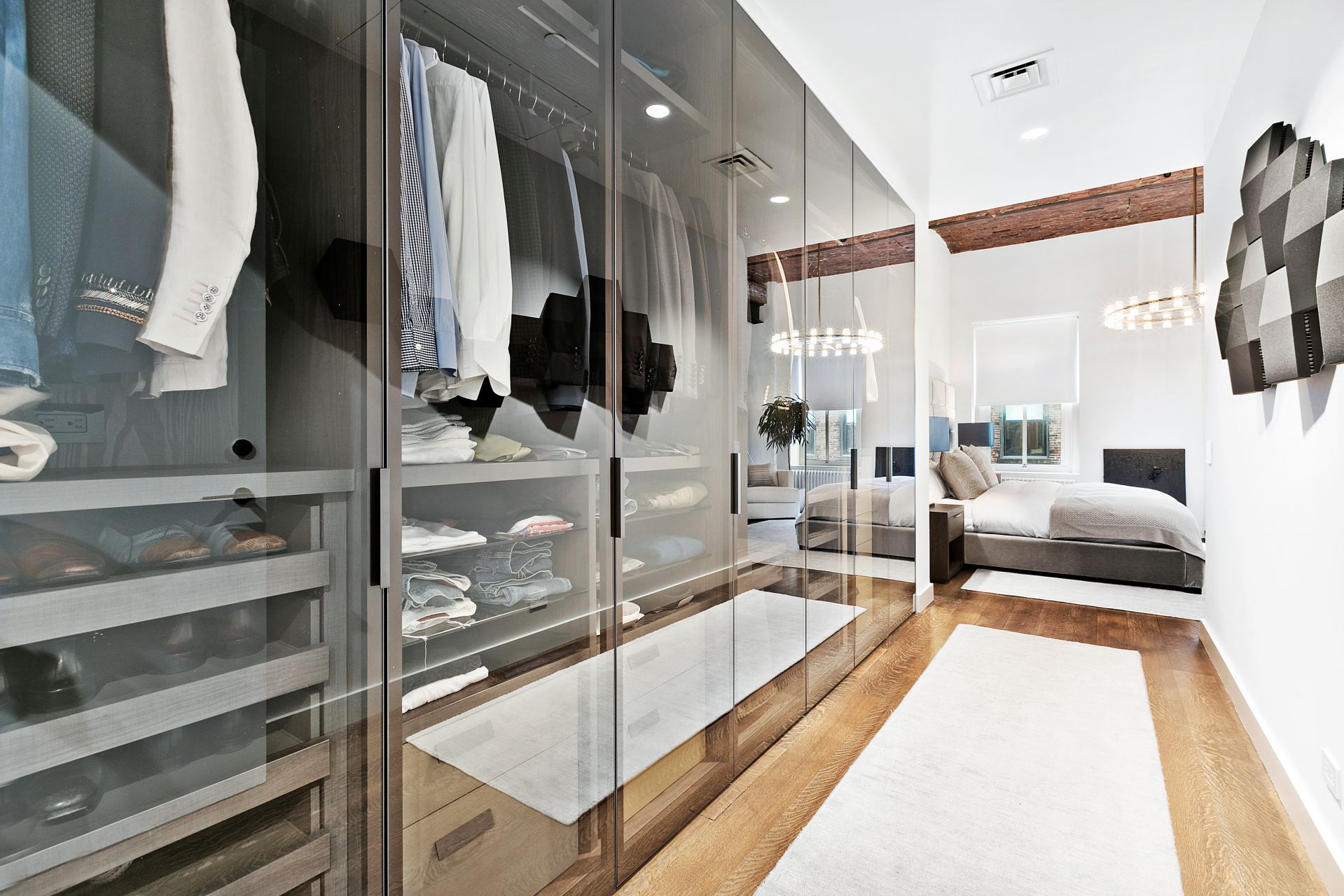 A peek into the closet.
Courtesy Corcoran 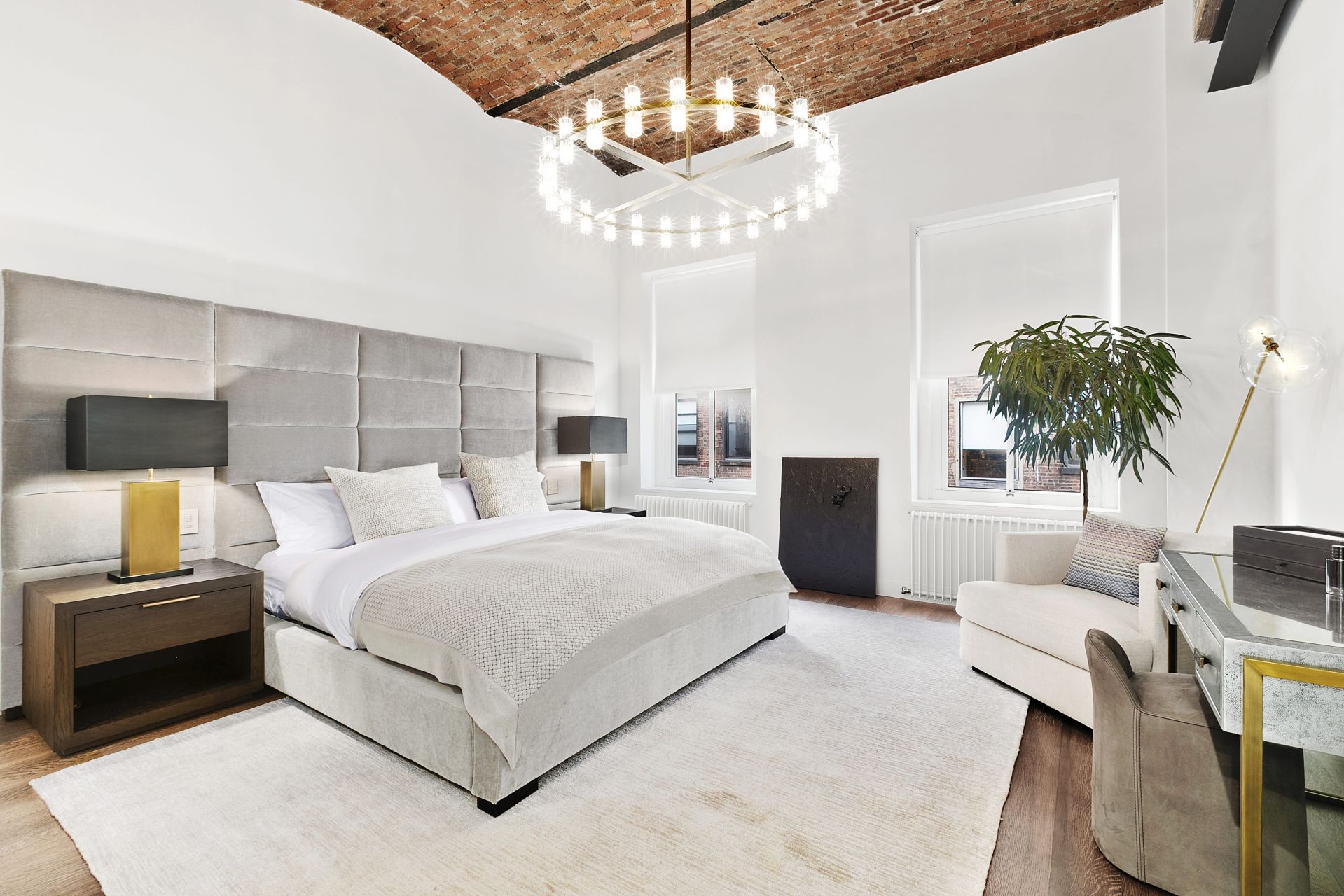 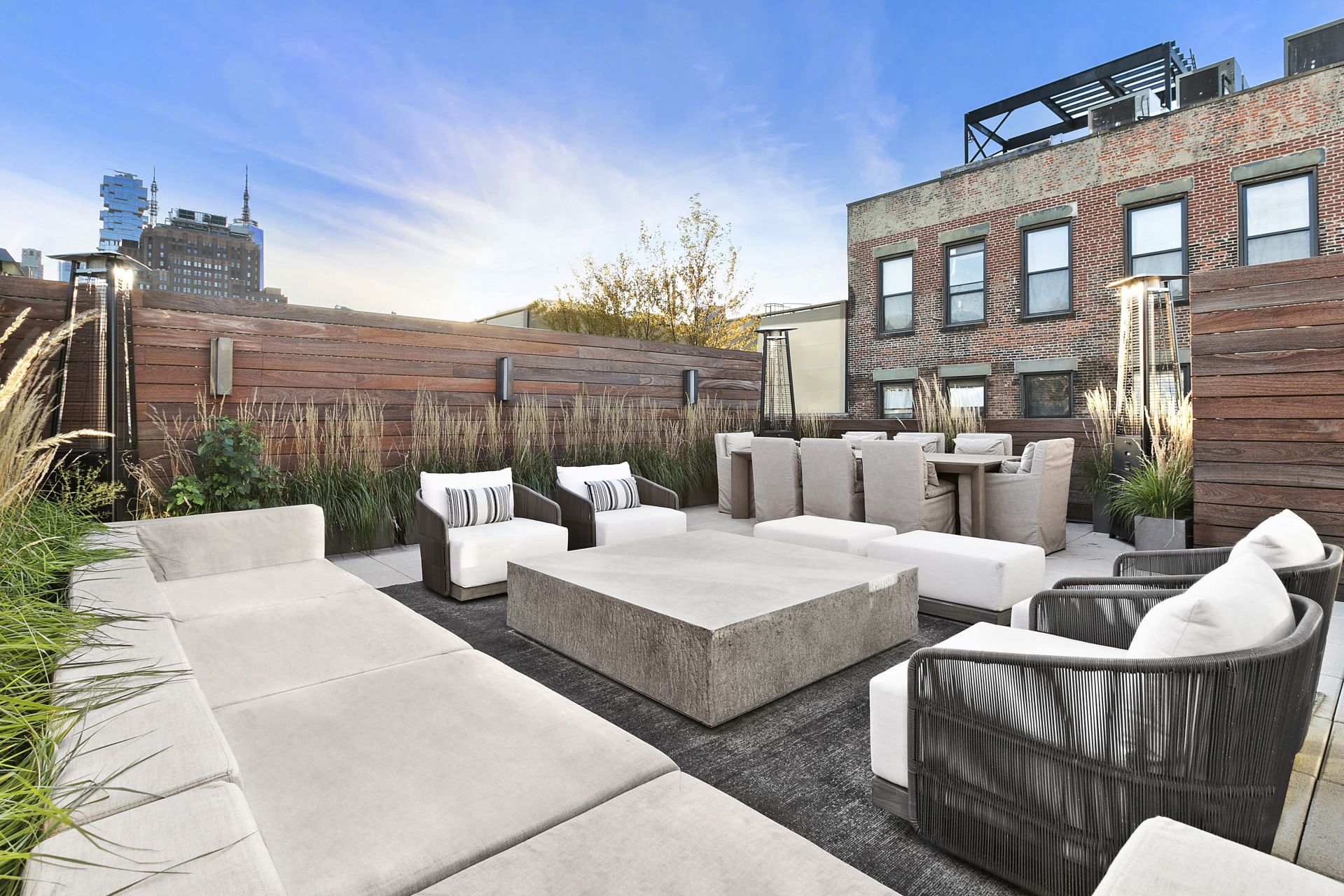 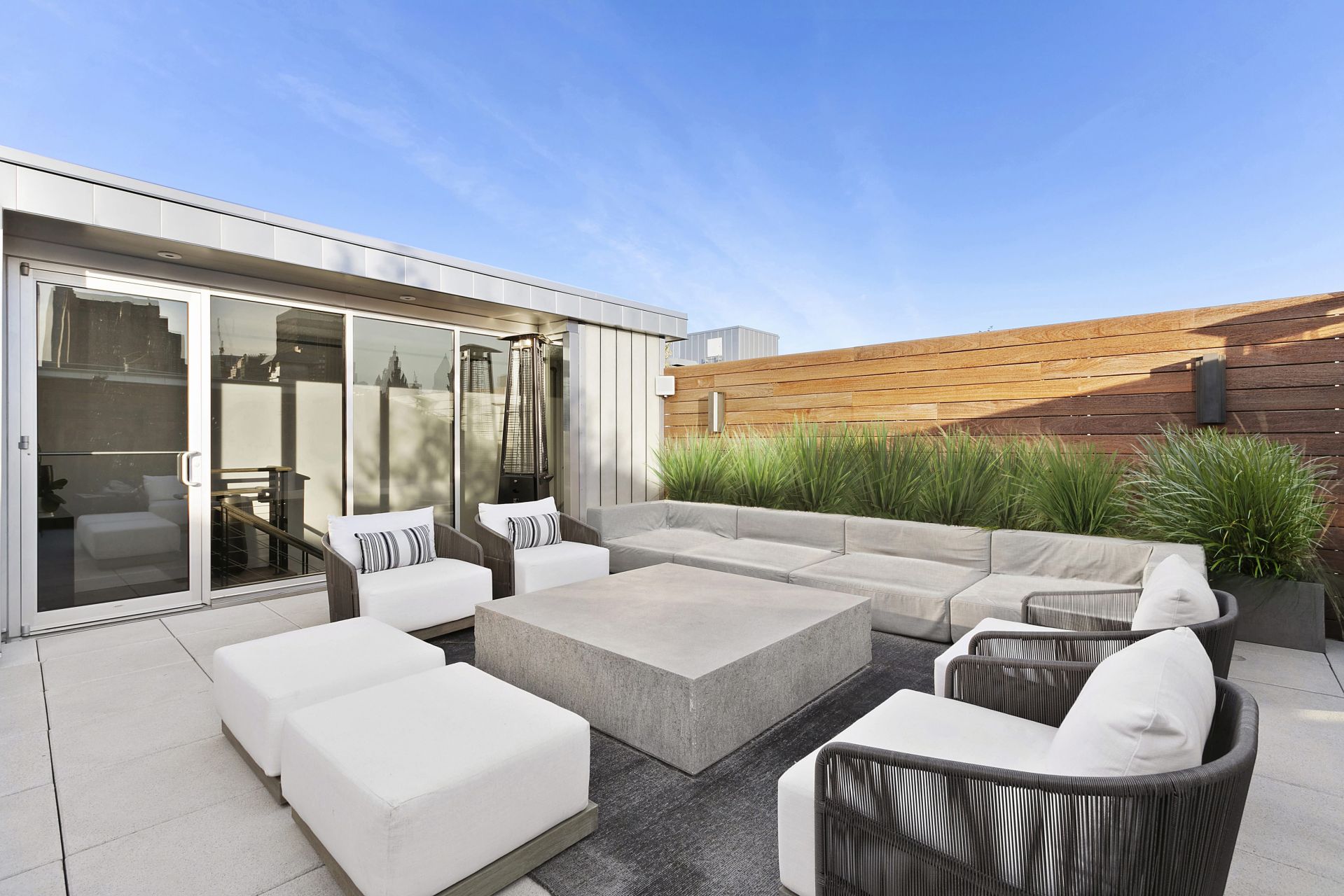 The apartment is less than a 15 minute walk away from Gigi's own home.
Courtesy Corcoran 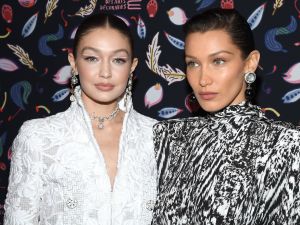 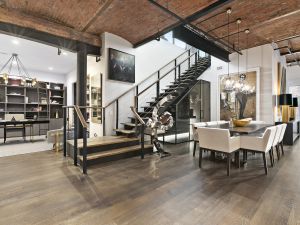 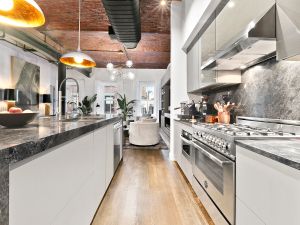 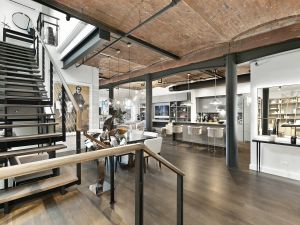 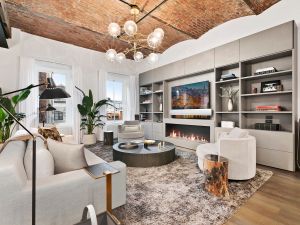 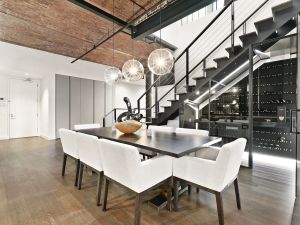 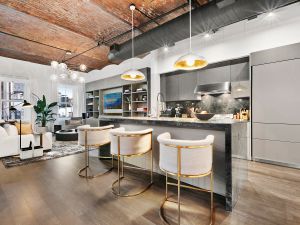 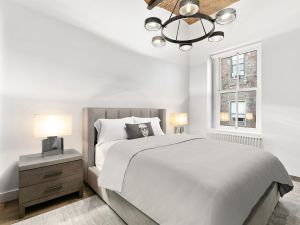 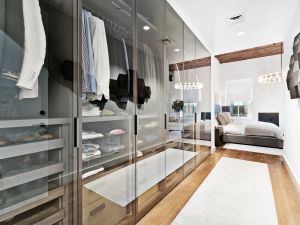 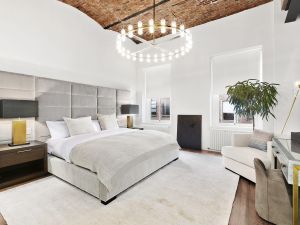 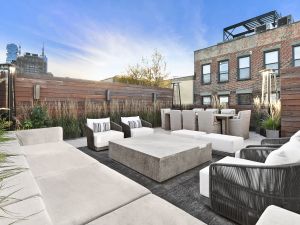 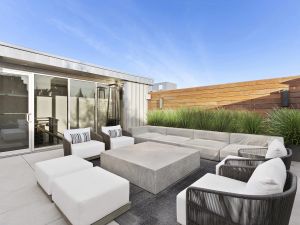 The Hadid sisters have really amped up their real estate game as of late. Bella and Gigi Hadid have both been spending quarantine at their mom’s Pennsylvania farm, but when they do head back to New York, they have some very fancy homes awaiting their arrival.

Gigi and Bella, who were both raised in California, each scooped up a new home in downtown Manhattan in low-key deals over the past two years, per the New York Post.

While Gigi has owned a two-bedroom, 2.5-bathroom apartment in Noho for the past five years, she apparently added onto her real estate holdings in the building back in late 2018, when she paid $5.73 million for the only townhouse unit in the condominium. According to the Post, Gigi loved the privacy the townhouse provided, and plans on combining her two residences.

It’ll be quite the spread, as her new townhouse spans 2,995 square feet, with three bedrooms and three-and-a-half bathrooms, plus a 770-square-foot private terrace complete with an outdoor kitchen and a gas fireplace.

The open kitchen is equipped with marble slab countertops and lacquer millwork. The master suite is located on the top floor, with an expectedly huge closet and a marble-bedecked bathroom with a floating tub and glass enclosed shower.

Now that Gigi expecting her first child with her boyfriend, erstwhile boyband-er Zayn Mailk, perhaps they’re putting in plans for a nursery.

Bella also made a big purchase, on a home that’s less than a 15-minute walk away from her older sister’s abode. She paid $6.1 million for a 2,180-square-foot Soho penthouse late last year, just a few months after she broke up with The Weeknd for a second time, and presumably moved out of the Tribeca triplex they were sharing.

Bella’s two-bedroom, two-bathroom loft was recently renovated, and includes a kitchen with white cabinetry and marble countertops, a living room with a fireplace and a 100-bottle wine room, per the listing shared by Corcoran brokers Douglas Albert and Brian Rice. Corcoran declined to comment on the sale. There’s also a roof deck with a full outdoor kitchen, lots of deck space and seating.

The Hadids were already familiar with Bella’s new building, though, as it’s actually the very same locale where Zayn previously maintained his own penthouse loft. The musician sold his unit in the building just one month after Bella bought her new abode, and he ended up taking a loss in the transaction.