As protests against police brutality and systemic racism have unfolded all around the world, major institutions in every field have also been called out for their complicity or active participation in the continual oppression and exclusion of people of color. In 2019, Chaédria LaBouvier became the first Black curator and the first Black woman to curate an exhibition at the Guggenheim Museum in New York City; the show, “Basquiat’s ‘Defacement’: The Untold Story,” explores the iconic artist’s aesthetic engagement with the hostility of law enforcement. The exhibition should have been a triumph for all involved, but instead, LaBouvier says, she was met with continual retaliation for refusing to give up ownership of her work and subjected to “the most racist professional experience of [her] life.”

Get the entire fuck out of here. I am Chaédria LaBouvier, the first Black curator in your 80 year history & you refused to acknowledge that while also allowing Nancy Spector to host a panel about my work w/o inviting me

In a Twitter thread LaBouvier posted on Wednesday, she wrote that since the beginning of her professional interactions with the museum and its Artistic Director Nancy Spector, she had to constantly battle for autonomy, proper credit and acknowledgement from the Guggenheim when it came to her curation. LaBouvier was brought on to do the show as a guest curator, and the approaching end of her contract was also used against her as part of a vague threat to withhold pay. Additionally, LaBouvier said that the museum also turned away press and discouraged journalists from reaching out to her or Spector for comment on Basquiat’s Defacement, thereby allegedly diminishing the greater impact the exhibition might have had.

At the same time that LaBouvier’s exhibition was being held, the Guggenheim held a panel publicizing it and hired Ashley James, its first full-time Black curator. (Okwui Enwezor had become the first Black co-curator of an exhibition at the Guggenheim in 1996; the exhibition was “In/Sight: African Photographers, 1940 to the Present”). LaBouvier was not invited to participate in the panel, and a clip of her denouncing the museum’s practices from the audience went viral.

It went down at the Guggenheim! @chaedria is the first Black curator to exhibit with the institution with her show Basquiat: Defacement The Untold Story. They left her off the panel and….. pic.twitter.com/UjM5NlpBRz

In a statement made to Essence on Thursday, a representative from the Guggenheim essentially refuted LaBouvier’s allegations. “Ms. La Bouvier was supported by the museum with the collaborative spirit with which exhibitions are made at the Guggenheim,” the statement reads in part. “Ms. La Bouvier was prominently credited within the exhibition and its related materials, including the catalogue, where she is listed on the cover as sole author.”

But LaBouvier said that the harmful treatment she received while working for the museum was only made worse by repeated denials of her own experience. “There were people close to the show who accused me of ‘playing the victim,’ of exaggerating or imagining the harm being done, who said that Nancy would never in a million years turn press away from the show and hurt the exhibition or me in that way,” LaBouvier told Observer on Friday. “I was essentially called a liar.” She added that she has not received an apology from the Guggenheim, and that she has not curated anything since. Currently, she’s devoting her time to raising funds for protesters and activist groups.

“I made the show as a love letter to NYC and it is and was devastating that a NYC museum would prevent New Yorkers from engaging with their history,” LaBouvier said. “This is what museums are for. If they are here to remind us of pasts that are not the past, what are they for?” 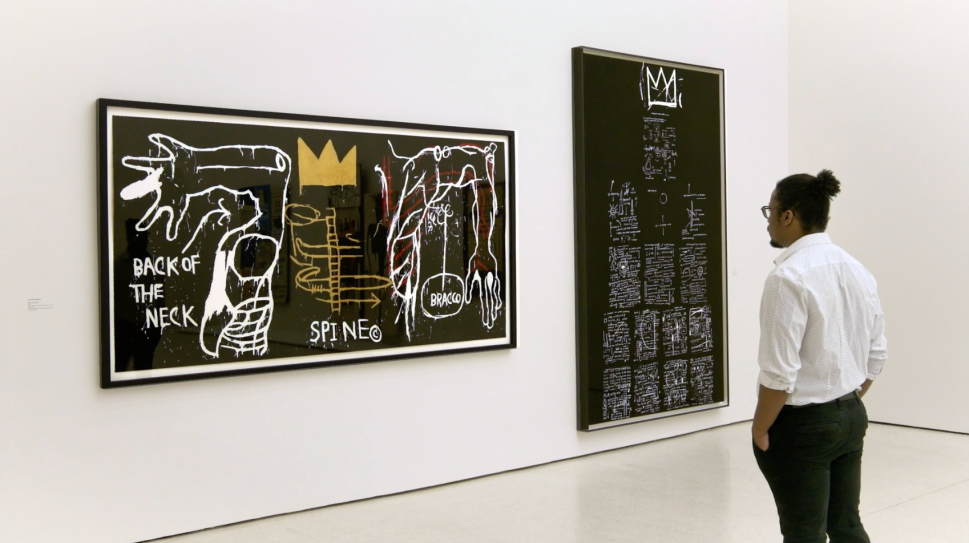