Hamilton is all about “how history remembers and how that changes over time,” Lin-Manuel Miranda explains in a brief introductory video to the smash hit show’s streaming debut on Disney+. It’s the story of America then, told by America now. A tale of the disenfranchised rising up against oppressive incumbent power performed by actors of color and championing the success of immigrants. It’s both an enlightening chapter of little-known American history and a damning condemnation of how little progress we’ve made in many regards. Cynically, it also happens to be a massive home run swing for Disney.

The Mouse House dropped an unfathomable $75 million for the rights to this filmed version, the largest single-film acquisition in movie history, and initially planned a theatrical release for October 2021. But with the coronavirus pandemic keeping theaters shuttered and Americans in doors, the decision was made to release it this weekend to coincide with Independence Day straight to Disney+. It is, in many ways, the culmination of the hybrid delivery model that has been building behind the scenes for years.

The top 17 best-selling Broadway shows ever have all been, or are going to be, made into films. However, this endeavor is easily the biggest and highest-profile experiment when it comes to blending live theater, film and now streaming. It is the most mainstream example of Broadway going, well, broad.

Does it work and will this represent a new avenue for Hollywood?

While a few volts of the electricity of live performance are lost in Hamilton‘s translation to the screen, the coordination required to massage the rhythmic show into a new medium is astounding. With its mix of closeups, three-quarter shots, wide shots and roving camera work, director Thomas Kail has truly delivered picture in motion. The back-and-forth repartee between key characters feel effectively personal, especially in special numbers such as Renee Elise Goldsberry’s (Angelica Schuyler) “Satisfied” and the “Cabinet Battles” between Miranda’s Hamilton and Daveed Diggs’ Thomas Jefferson. Wide shots are deployed with care and grace during company numbers, turning the jazzy “The Room Where It Happens” and emotional “Wait for It,” both headlined by Leslie Odom Jr.’s Aaron Burr, into kinetic paintings.

The cinematic musical is alive and well if the box office is to be trusted as Old Hollywood’s stylings still have a place in the modern silver screen era. Yet the filmed version of Hamilton feels far more authentically raw than your typical Disney singalong. Kail made the right choice by including audience reactions and snippets of footage, acknowledging their reality and energy rather than ignoring it. Again, we’ve seen versions of live theater filmed and distributed, but never on a scale as public and prodigious as this.

Perhaps its hyperbole spurred by Hamilton‘s life force, but it feels as if Disney+—and by extension, streaming—will normalize Broadway even as it remains closed, transforming it from the status symbol it has become to the easily accessible entertainment it was always meant to be. Watching the performers, the mind races with practical application from educational videos, family-friendly content and the adaptation of more mature plays. There are moments when the sound is slightly muffled or the dim lights conceal too much of a performance, when the nuance of live theater is lost in translation. But overall, Hamilton is a beautiful mixture of genre and style both in person and on the screen.

In such a competitive streaming landscape, specific content curation and hyper-targeted marketing helps to separate a platform from the cluster. Niche offerings with the appeal to grow wider for sub-categories of entertainment attract and retain loyal audiences. It’s why every single piece of potentially valuable intellectual property—articles, books, podcasts, older films and television series—are hoarded by Hollywood like dragons protecting their treasures. Broadway has thrived since the 1850s and will rise again when it’s safe to re-open. If Hollywood is paying attention, it’ll be ready to embrace the next evolution of content development.

“Who tells your story?” Hamilton asks. We’re about to find out. 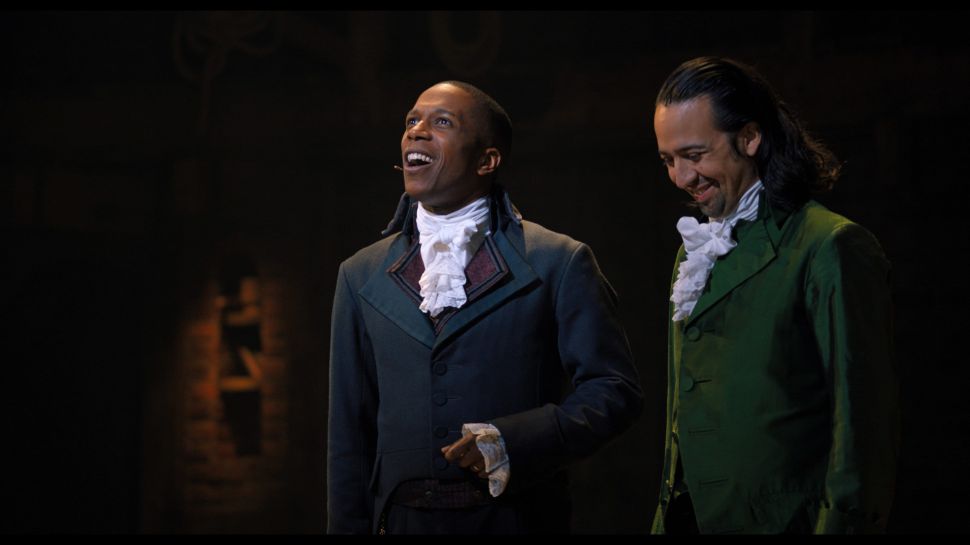