We now live in a world in which a commercial company has launched human beings into space.

SpaceX, in partnership with NASA, successfully launched two astronauts, Bob Behnken and Doug Hurley, to the International Space Station inside their Crew Dragon capsule on May 30.

Bob and Doug will likely spend the next few months on ISS (the exact duration of the mission is not yet known), participating in scientific work and validating the functionality of the SpaceX built craft.

The joint NASA/SpaceX mission was a historic achievement, both because it brought human launch capability back to the United States for the first time since the shuttle program ended and because it marked the first time a non-government entity has carried astronauts off Earth.

It was enough to attract a record number of viewers, with more than 10 million people watching the launch, live, making it the most-watched stream in NASA history. But this is just the beginning for commercial partnership in space travel.

The Demo-2 mission was more than the final test flight SpaceX needed to validate their system; it’s also proof of concept that NASA, along with international partners, can work in concert with commercial companies to advance human spaceflight. In fact, not only can companies like SpaceX successfully co-operate with NASA, it might actually work better (or at least faster) than NASA working alone.

During a set of in-flight interviews with ABC and NBC, when asked what they had learned about working with SpaceX, Doug Hurley replied, “When SpaceX put their mind to a particular problem that we had in development of Crew Dragon, it was all hands on deck and they worked very hard and very quickly to what I think both Bob and I were used to in the military as test pilots and how that acquisition process works and that development process works, SpaceX did it quicker.

“I think what you’ll see is we probably got to the launchpad a little faster, potentially, than maybe a government organization would have done it,” Hurley added.

Hurley went on to emphasize that it was a combination of both sets of ideals and designs, public and private, which got them to the launchpad when they did, but it’s clear partnering with SpaceX not only worked, but worked better than historically expected.

It’s a good thing, too, because the future of NASA’s crewed missions relies heavily on commercial partnership. Despite all the incredible things NASA is doing, the agency simply doesn’t have the capability (at least, right now) to get a crew off the ground without help. To that end, getting American astronauts to ISS, back to the Moon, and beyond, is dependent upon partnering with commercial companies like SpaceX, combining new innovations with the foundations NASA has built and continues to build.

Now that crewed launch capability has been returned to the Florida coast, NASA is setting their sights on returning to the Moon. And this time, it won’t be for a few days, it’ll be for good.

The Artemis program is set to return humans to the lunar surface by 2024 and will utilize a lot of new technology to do it.

In order to deliver a permanent presence to the Moon, on the same order as that of ISS, launch systems capable of carrying much larger payloads is required. To do this, NASA is designing the Space Launch System (SLS), the most powerful rocket ever built.

SLS is designed to be adaptable, with the initial goal of returning to the Moon, and the ultimate goal of sending humans deeper into the solar system.

NASA is also developing a new crew capsule, Orion, which will carry crew members from Earth to lunar orbit. Once there, they’ll meet up with the Gateway, an orbital lunar outpost not unlike a smaller version of ISS.

Gateway will remain in lunar orbit indefinitely and will be capable of housing crew for extended stays and serving as the final jumping-off point to the lunar surface. It’s here, in the final step to that magnificent desolation of the Moon’s surface, where commercial companies will play a key role.

Late last year, NASA solicited proposals from commercial companies for the development of a Human Landing System (HLS) to support the Artemis program.

In April of this year, three companies were selected to design and develop those systems: Blue Origin, Dynetics, and SpaceX were awarded contracts totaling $967 million.

Ultimately, one system will be selected and, while NASA will carry the crew most of the way there, a commercial company will quite literally deliver astronauts to the Moon.

Right now, hot on the heels of the Demo-2 mission, SpaceX seems to be a front runner. No other company has achieved what they have, and Elon Musk has succeeded in making himself a cultural figure, wielding public power for SpaceX which the other competitors simply don’t have. But a lot can change in four years, especially in a field as precise as space exploration.

By this measure, at least, SpaceX is operating from a disadvantage. Their proposal would support NASA’s long-term goals of sustained and increased lunar presence, but represents a huge task to undertake in such a short time frame.

In the meantime, NASA is slated to announce a commercial provider for the delivery of the VIPER (Volatiles Investigating Polar Exploration Rover) to the Moon. At the time of this writing, that announcement is scheduled to take place at 11:00 EDT, Thursday, June 11.

The commercial partner will be responsible for end-to-end delivery of the hunting rover, including integration with the lander, launch form Earth, and landing on the Moon’s south pole by 2023.

Identification of frozen sources are an important goal of lunar exploration, as that ice can be used to provide to lunar astronauts, as well as be broken into oxygen and hydrogen for breathing air and rocket fuel.

Whichever companies ultimately come out on top is anyone’s guess, but no matter what happens, the success of the recent Demo-2 mission changed the face of human space exploration. The future of crewed and uncrewed spaceflight includes private businesses, for better or worse. 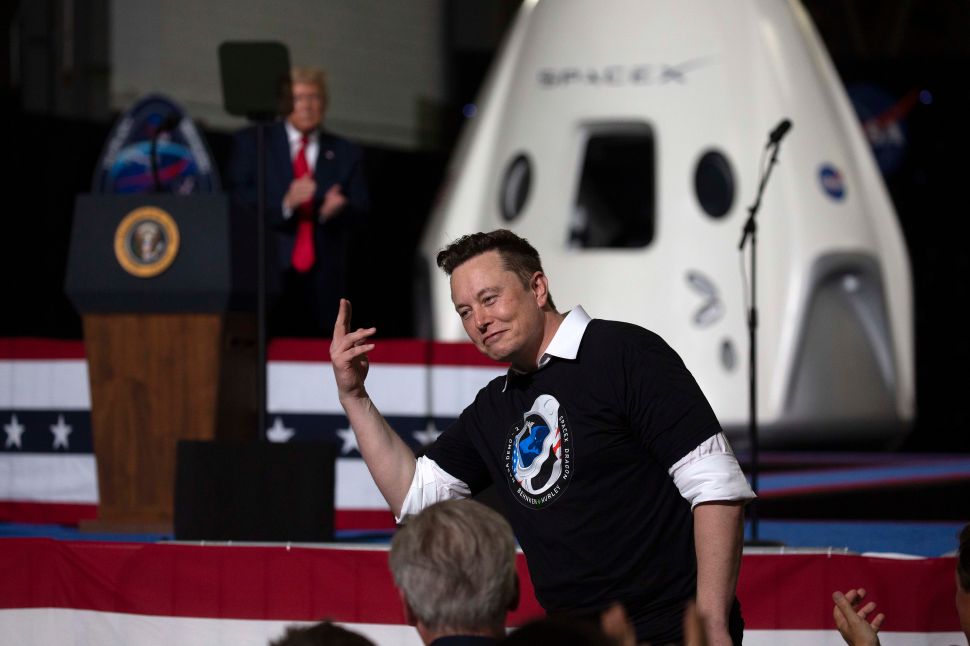