In the aftermath of George Floyd’s death at the hands of the Minneapolis Police Department and the worldwide outpouring of protests against police brutality, Instagram and Twitter have been flooded with calls for fundraising and with artwork made to support the Black Lives Matter movement. Theoretically, this should be an opportunity for artists to launch important work and grow their platforms. Unfortunately, unbridled enthusiasm from people posting content has also led to artwork being used without proper accreditation. Danielle Coke, an illustrator who runs the popular Instagram account @ohhappydani, recently spoke out on Twitter against people with big online followings who’ve been sharing her social justice-inspired artwork without taking the time to acknowledge her labor as an artist.

As Coke noted in her post, many online influencers have been taking her artwork, which specifically addresses issues surrounding justice for people of color, and de-contextualizing it when they post it so that the message seems more self-centered. “White influencers, just a reminder that by you stealing justice-related art from POC and intentionally posting it as your own, you are reinforcing the same system that we are trying to dismantle,” Coke wrote in a series of tweets. “You are not amplifying us, you are centering yourself. Can you share? Absolutely! With a tag and VISIBLE proper credit.”

Especially in a moment of global protest on behalf of the Black Lives Matter movement, Black artists and illustrators are being solicited for their time, talents and insights. Coke’s statement illustrates just one facet of how this demand does not necessarily mean that Black creators are being treated at all fairly. This past weekend, artist Shantell Martin posted an email she’d received from advertisers working on behalf of Microsoft, asking if Martin would be interested in creating a mural for the company while the Black Lives Matter protests were “still relevant.”

It’s just this sort of hostile, shortsighted opportunism that leaves Black artists empty-handed while powerful organizations reap the benefits of their work. Something has to change. 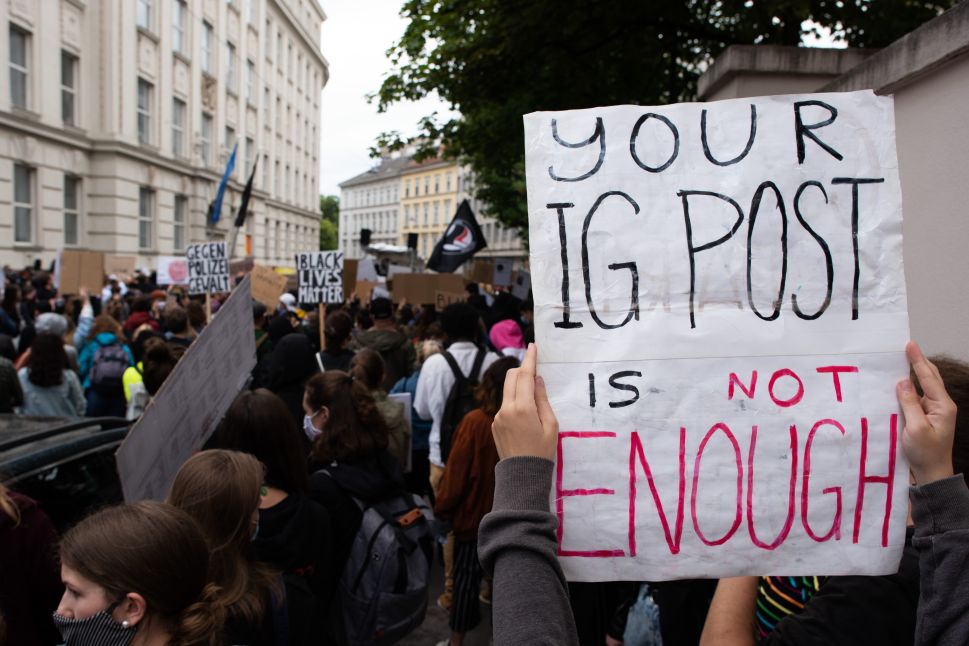