Harvey Weinstein had a reputation for ticking off his creative collaborators long before scores of women came forward with allegations and accounts of sexual assault and other misconduct. In March, the disgraced Hollywood mogul was sentenced to 23 years in prison. Years earlier, however, Weinstein was almost the target of some street justice from The Sopranos star and late actor James Gandolfini.

In a recent appearance on the Joe Rogan Experience, Sopranos stars Steve Schirripa and Michael Imperioli revealed that Gandolfini, who passed away in 2013 at 51, once became so fed up with Weinstein that he threatened to assault the man. Apparently, Gandolfini was never a fan of late-night talk shows and only ever agreed to a sit-down interview with 60 Minutes, per The Hollywood Reporter. While co-starring with Brad Pitt in the 2012 crime drama Killing Them Softly, which was distributed by the now defunct Weinstein Company, Harvey rudely kept pushing Gandolfini to appear on The Late Show With David Letterman to promote the movie. At the time, Gandolfini expressed his frustration to Schirripa and other Sopranos friends while hanging out in his trailer.

Given all that we now know, it’s not exactly a surprise to hear that Weinstein resorted to rude bullying to get his way. Now, we can add Gandolfini to a long list of Hollywood types that threatened violence against Weinstein. In 1995, Pitt threatened to kill Weinstein after learning from then-girlfriend Gwyneth Paltrow that he had sexually harassed her. In 1996, a producer for Princess Mononoke director Hayao Miyazaki sent Weinstein a samurai sword with a note that read “No cuts” when the Weinstein Company was tasked with the film’s U.S. release. That move reportedly sent Weinstein into a frenzy of “aggressive attacks,” but Miyaazaki held final cut on the film and later recounted “I defeated him.” 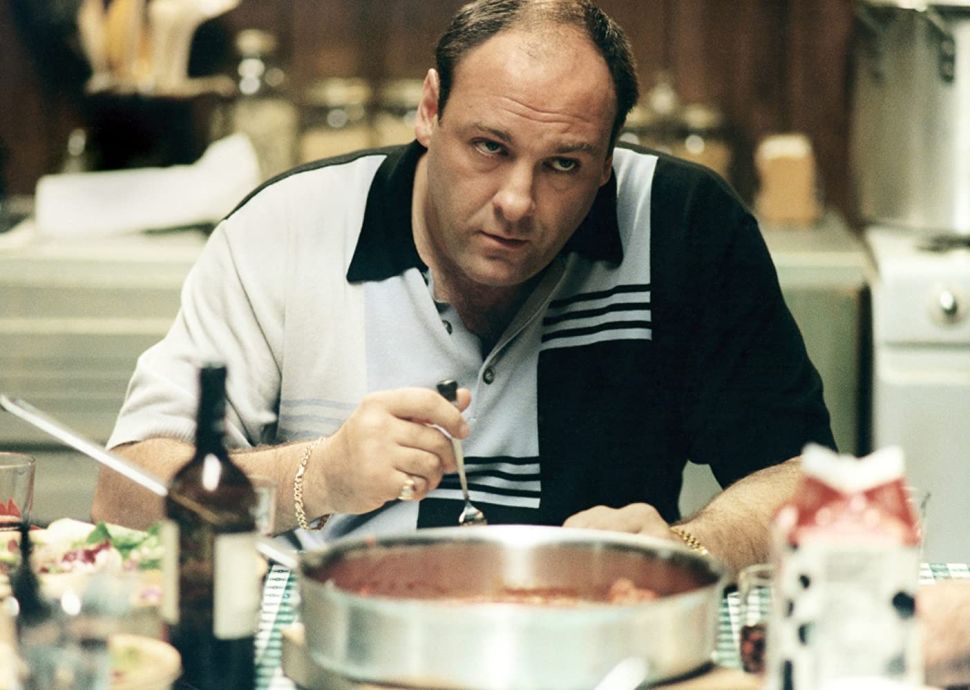