Jean-Michel Basquiat’s life was tragically short, having died in 1988 at the age of 27. But in the roughly 10 years that Basquiat made art, his vision of contemporary Blackness and potent brand of neo-expressionism would leave an indelible mark, influencing generations of artists to follow. On June 29, Sotheby’s New York Contemporary Art Evening Auction will offer Basquiat’s Untitled (Head), 1982, a superlative work that exemplifies the artist’s ability to translate the energy of the time into oil sticks, ink and acrylic. The auction will be held live without an audience, with potential buyers taking part via the auction house’s online bidding platform or through phone bids. It is expected to sell for between $9 million and $12 million.

Untitled (Head) bears a distinct resemblance to the similarly astonishing Basquiat painting Untitled, which presently resides at the Broad museum in L.A. and which is understood to be an example of self-portraiture. Whereas Untitled (1981) presents the viewer with a mask-like visage caught somewhere between life and death, Untitled (Head) (1982) creates an effect that’s somewhat more supernatural because of its evocatively unnatural hues. Both works were created during Basquiat’s period of extensive exploration of the human head; his creations during this time would become his crowning achievements. “Untitled (Head) encapsulates the very best of Basquiat’s brilliant career,” Grégoire Billault of Sotheby’s Contemporary Art department said in a statement. “There is a sense of urgency and immediacy in this painting that is truly exceptional—a prescient work that captures and defines 1980s New York, demonstrating the young artist’s profound psychological awareness.”

SEE ALSO: A Rare Rembrandt Self-Portrait From Private Collection Goes Up for Sale

Untitled (Head) is also one of the works that was included in Basquiat’s iconic posthumous show at the Robert Miller Gallery in 1990; this was an exhibition that solidified the enduring impact of the artist’s works on paper. Basquiat’s drawings are understood to be particularly central to the artist’s output because he never created them simply as studies for his paintings. Instead, drawing was just as sacred to his artistic practice as any other method. Untitled (Head), with its otherworldly blues and bordering reds, vibrates with a degree of intensity that’s signature to the artist who created it.

New on the Block is a regular feature looking at the most notable or unusual items to go up for auction each week. 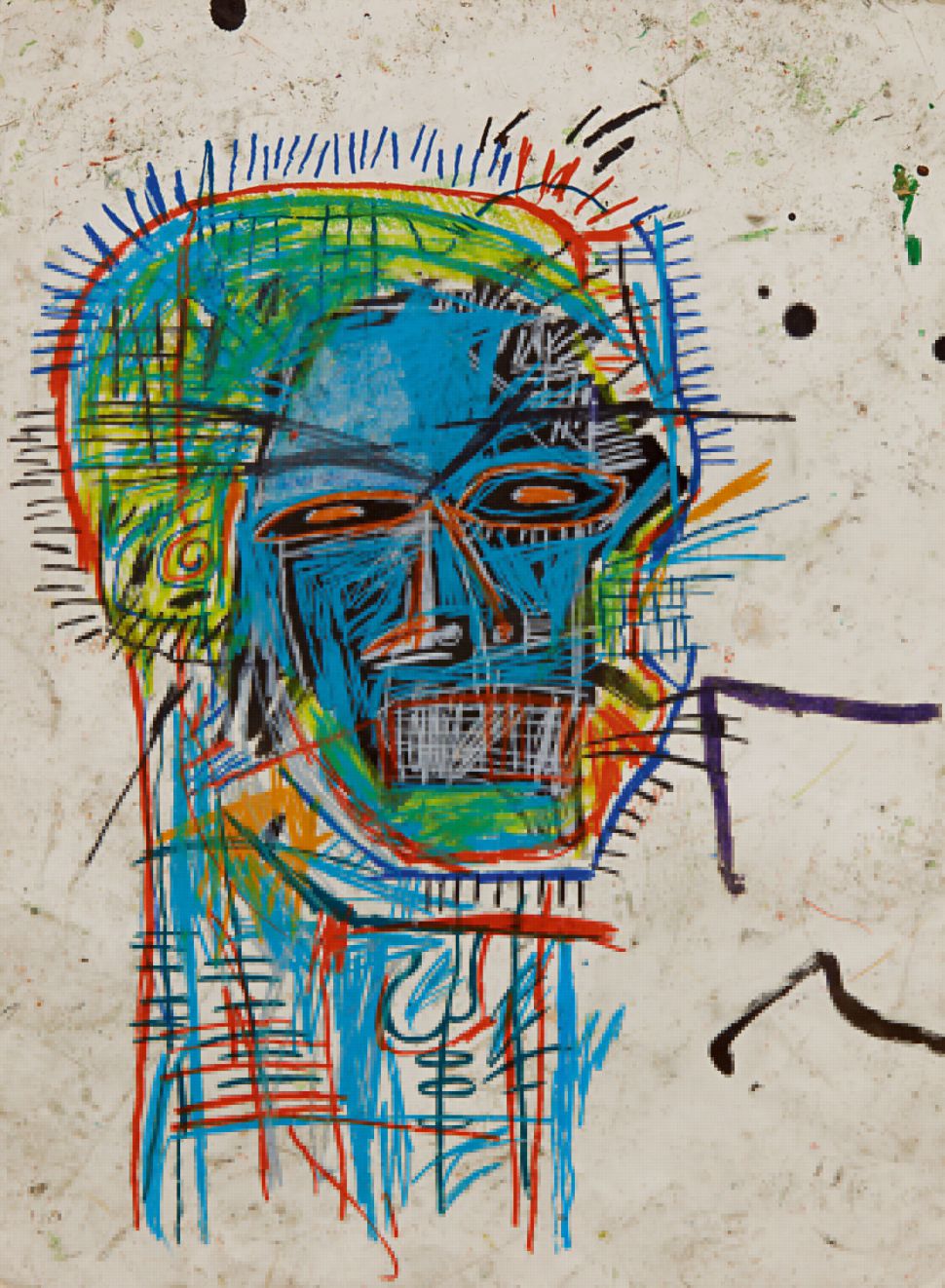