Over the weekend, Amazon CEO Jeff Bezos, whose Instagram page is usually about business meetings and family life, shared a pair of angry, profanity-laced emails sent to him by very unhappy customers. Both emails were both from Amazon users who wrote to criticize Bezos and his company for supporting the Black Lives Matter movement.

According to screen grabs shared by Bezos, one of those messages came from a person named “Macy,” who introduced her email with the subject line “All lives matter.” She called Amazon’s featuring a “Black Lives Matter” banner on its homepage “disturbing” and “offensive.”

The other, sent by a person named “Dave,” outright called Bezos “a perfect a** hole” for supporting the civil rights movement. “I was placing an order with your company when I discovered your statement of support for Black Lives Matter… I canceled my order and know for a fact that I won’t be the only one,” he wrote. “Maintain your stance and we will watch your profits decline and laugh about it. My business relationship with you is over.”

Bezos fired back at Dave publicly on Instagram, writing, “This sort of hate shouldn’t be allowed to hide in the shadows. It’s important to make it visible.”

“And, Dave, you’re the kind of customer I’m happy to lose,” he added.

There have been a number of sickening but not surprising responses in my inbox since my last post. This sort of hate shouldn’t be allowed to hide in the shadows. It’s important to make it visible. This is just one example of the problem. And, Dave, you’re the kind of customer I’m happy to lose.

Amazon was among the first “Big Tech” companies to respond to the public outcry in the wake of George Floyd’s tragic death in police custody last month.

On May 31, Amazon posted an official statement on Twitter, declaring that the company “stands in solidarity with the Black community…in the fight against systematic racism and injustice.” Bezos himself also shared readings on social media, calling for awareness among his fellow CEOs and business leaders.

However, Amazon’s heroic gesture, along with Bezos’ latest Instagram posts, quickly faced blowback from its own employees and civil rights groups alike.

Two days after Amazon published its statement on George Floyd, an Amazon workers group with a Twitter handle called “We Won’t Build It,” called out Amazon’s business contacts with law enforcement agencies, including selling facial recognition software to police, as an obvious conflict of interest in its pro-Black Lives Matter campaign. “Which police contracts have you cut? How many remain?” the workers group asked.

Other watchdogs took issue with Amazon’s link to far-right news publications and its recent poor track record of protecting warehouse employees during the pandemic. “Funny coming from the company that fired a Black man for asking for safer working conditions during [COVID-19], sells Nazi flags and remains the last large advertiser on Breitbart, which once featured a ‘Black Crime’ section, despite being asked to stop by 600+ of your diverse workers,” the activism group Sleep Giants commented under Amazon’s statement on May 31.

Reactions to Bezos’ weekend Instagram shares were mixed, too. While an overwhelming bunch applauded his response to those emails, some took the opportunity to press Bezos to address Amazon’s other longstanding issues, such as workplace safety and tax avoidance.

“Your abusive business model is not admirable,” wrote an Instagram user on Sunday. “You don’t get to act like you care about people, when you don’t even care about your employees.”

“Pay your taxes,” replied another. 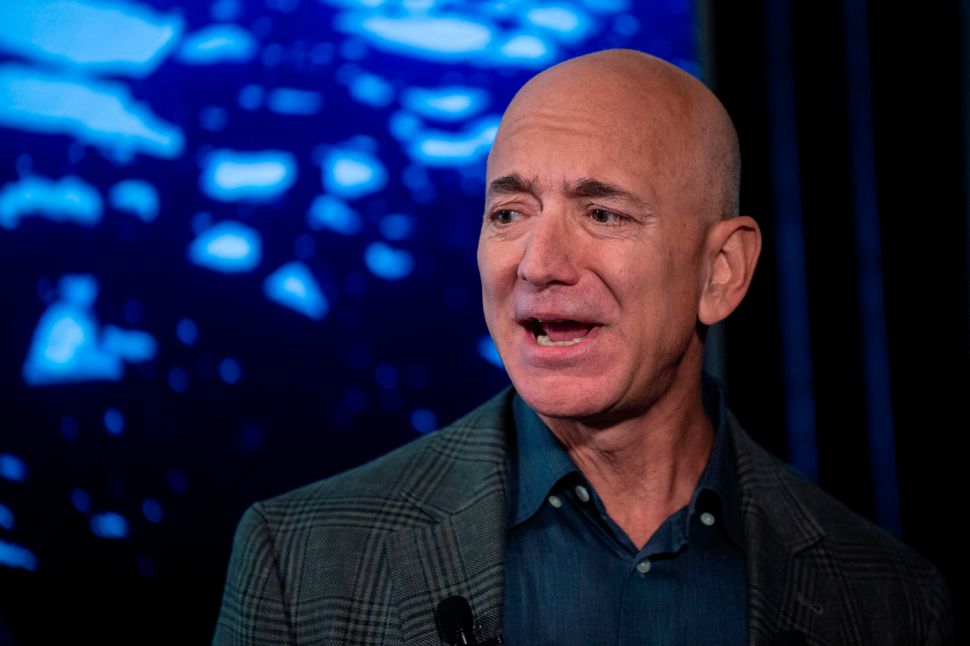