In the aftermath of George Floyd’s murder at the hands of the Minneapolis police, artists around the world have been churning our new projects to commemorate Floyd’s life and to speak out about the racial injustice that continues to permeate every aspect of modern life. Recently, the American artist Jammie Holmes flew planes over several cities carrying banners upon which Floyd’s last words were written. On Tuesday, the hugely popular French street artist JR unveiled a mural he made in honor of Floyd and Adama Traoré, a 24-year-old Black man who died in police custody in France in 2016. JR made the mural in collaboration with the director Ladj Ly and students from his film school.

In terms of design, the mural consists of two huge renderings of the eyes of George Floyd and Adama Traoré, which have been placed next to each other and mounted on a wall in Paris. “Things are different in France and in the US: violence, police, justice, prisons, etc,” JR wrote in his Instagram caption. “But in France, like in the US and in many other countries, Blacks are too often victims of racism and discriminations. Together, we must change that.”

JR frequently produces art that focus on human beings as a collective or as a group; one of his recent projects in New York involved the artist taking photos of 1,000 average New Yorkers and collecting their stories. In contrast, this new mural highlights the tragic stories of two very specific people in order to highlight how the horror of racist violence implicates everyone. Staring out from the walls of one of the world’s most prominent cities, George Floyd’s eye and Adama Traoré’s eye are united as though they’ve become one sentry, monitoring as they wait to see whether the world will really change. 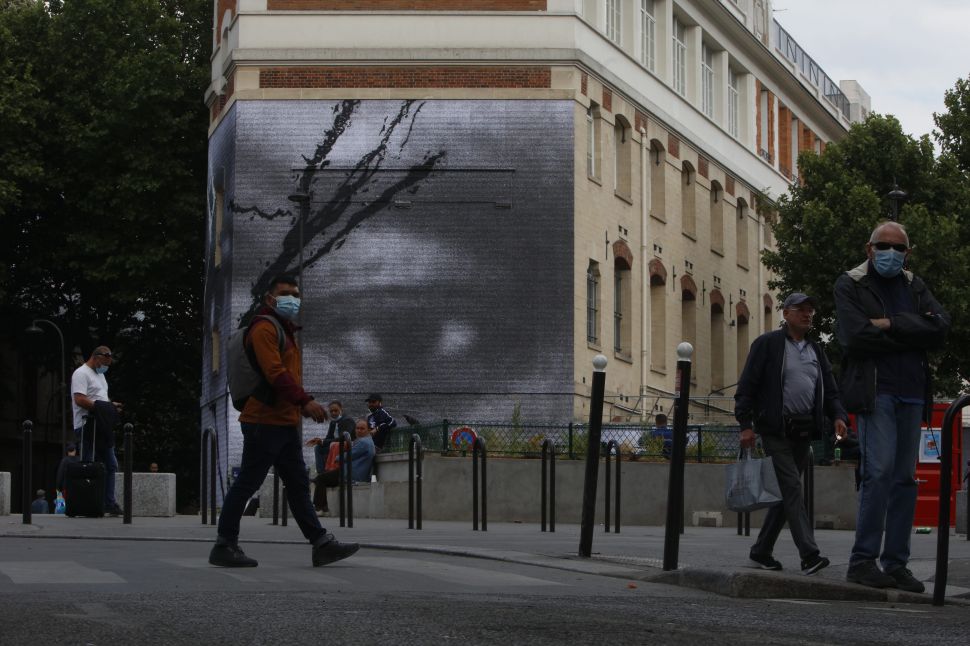