From Marjane Satrapi’s graphic novel Persepolis, about growing up during Iran’s Islamic Revolution, to Alison Bechdel’s bitterly uplifting depiction of coming-out in Fun Home, the cartoonist’s pen has long been both a platform and a refuge for those reckoning with the pain the world has inflicted. It’s the complexity of 2020 that led non-profit art organization Creative Time to invite artists to illustrate the turbulent year through comics. Known for its ambitious public projects, such as Kara Walker’s mammoth sugar sculpture A Subtlety at Brooklyn’s Domino Sugar Factory in 2014, the organization transferred its operations online in response to COVID-19 and launched Creative Time Comics.

“One of the roles of art is to serve as a record of its time,” says the the organization’s director, Justine Ludwig, noting that the prompt they sent out to artists has not been limited to the pandemic but “to globally reflect on the current moment, with its deeply intertwined issues, from their unique perspective.”

The series launched on April 17 with a work by Chitra Ganesh, who uses comics in her mixed-media practice on feminine sexuality. “Most of our artists are not native to the comic form, but they have an investment in art as social commentary,” says Ludwig. She thinks the project’s most recent comic, Kilter, about the Black Lives Matter protests and police brutality by Kambui Olujimi, “captures a soul and spirit beyond a single documentary photograph.”

Olujimi’s six-panel comic brings together key moments from the ongoing social upheaval for racial justice following the murder of George Flyod by police on May 25. The imagery he draws from includes the fire at the 3rd Police Precinct in Minneapolis, four members of Non-Stop Riderz raising their fists in solidarity in Texas, and the arrest of Black CNN reporter Omar Jimenez. The most striking of the illustrations, however, is not of a reported incident but a birthday cake in front of the ocean celebrating the 27th and other future birthdays deprived from Breonna Taylor following her death at the hands of Kentucky police.

The project is an opportunity to experiment with sequencing for Olujimi, who works in sculpture and drawing often on a large scale. “Coming from documentary photography, I am interested in the impulse of a conversation between events and images,” says the artist, who explains his practice as “going in and out of the specificity of an experience, whether historic or personal.”

The medium of comics has been useful for him in capturing images that are familiar to the collective consciousness, such as the symbolic gesture of a lifted fist. Necessity has been another factor for Olujimi in turning to paper and ink during quarantine. “I’ve always used the city as my mood board, but living close to the Elmhurst Hospital and the Billie Jean National Tennis Center, which was turned into an aid station, I’ve lately been attached to the media and the sonics outside for inspiration.”

While Olujimi adopts the comic’s fundamental structure for new work, another artist has been investigating the form, using preexisting and beloved comic book pages on which to paint—thereby telling a new tale. In artist Jordan Eagles’ online exhibition, “Can You Save Superman?” the body of an ailing Superman is used as a metaphor to  discuss the unjust blood donation regulations imposed on gay and bisexual men. Organized by Pioneer Works’ executive director Eric Shiner and presented by the Leslie Lohman Museum, the digital show, exhibited in a scroll-down format, is bookended by World Blood Donor Day on June 14 and World AIDS Day on December 1.

Eagles created four mixed-media works by splattering blood donated by a gay man using PreP (pre-exposure HIV prevention medicine) onto the original and digital copies of a 1971 Superman comic book, titled Attack of the Micro-Murderer. The show’s most haunting work, Untitled (2018), shows an image of the original comic trapped inside a casket-like plexiglass case along with a blood collection bag and its tube that snakes towards the book with a sharp needle raised. Eagles notes that he utilized the life-giving liquid from the bag as much as possible; however, the residual blood marked a striking abstraction inside the plastic bag. “If the policies were fair, [it] could instead have been used to save lives, but since we cannot donate our blood, we might as well use it to make artwork and a statement,” he says.

The New York-based artist has been working with blood to capture gender-based health inequality since 2013, and he discovered the image of the hero from Krypton lying on a gurney with tubes in his arms during his search for memorabilia on the subject. “He was surrounded by people willing to share their blood with him, but I, as well as other gay and bisexual men, could not have donated our blood to help save Superman or anyone else,” explains Eagles.

The Food and Drug Administration currently bans gay men (or “men who have sex with men [or MSM],” according to FDA terminology) from donating blood unless they’ve been celibate at least for three months. The regulation came into effect during the height of the AIDS/HIV pandemic and was first introduced as a lifetime blood donation ban on MSM in 1985. In 2015 that was changed to one year, and, after a drastic decrease in blood availability due to coronavirus-related blood donation center closures, the FDA changed the regulation to three months. Blood donation right activists emphasize that this still represents ongoing discrimination veiled behind a recent dire progress, and Eagles agrees: “Appropriating an iconic character, situated within a storyline that revolves around blood donation, and pairing it with real donated queer blood, reframes the narrative and provides new ways of addressing the current crisis.” 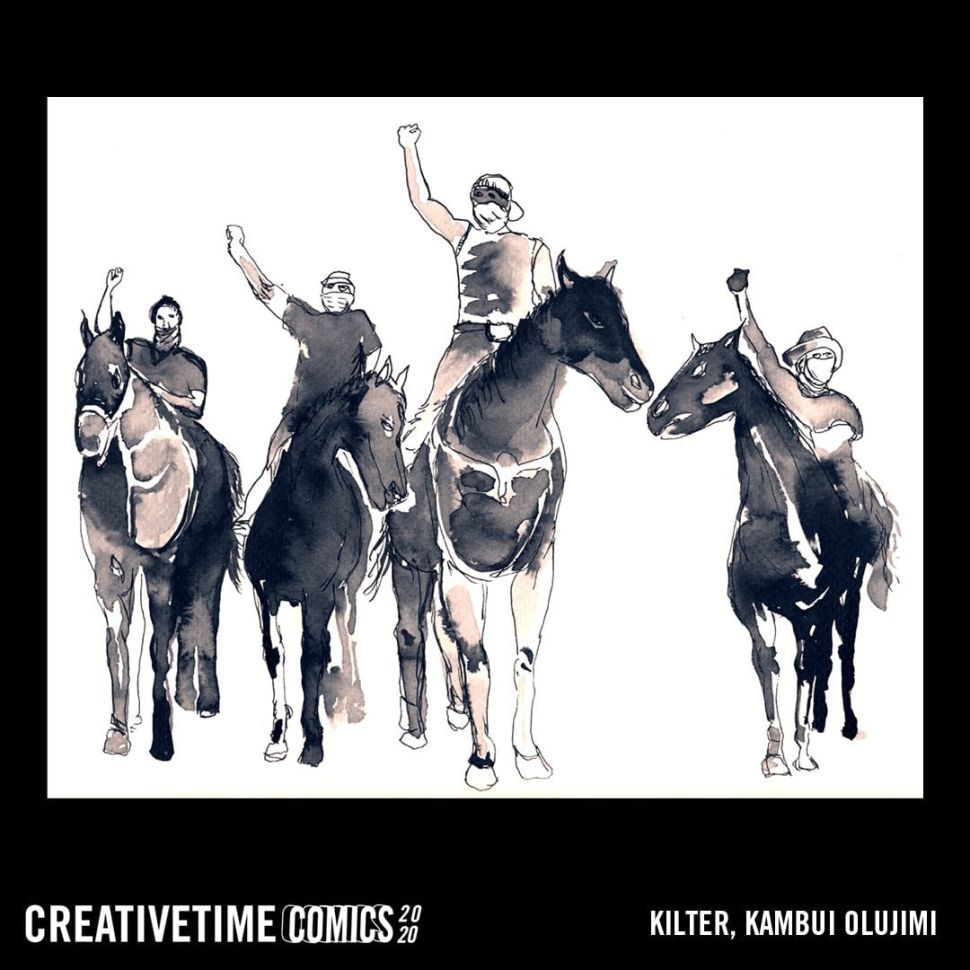