The Duke and Duchess of Cambridge have definitely become pros at the coronavirus lockdown birthday at this point, as Prince William and Kate Middleton have planned celebrations for two of their children’s big days during the COVID-19 quarantine period that they’ve spent at Anmer Hall. They’ve also marked Queen Elizabeth’s birthday during lockdown, and had a special Zoom party for the monarch.

The Cambridges marked Prince William’s double birthday-Father’s Day celebration with the release of a few adorable snaps taken by Kate herself, with Prince George, Princess Charlotte and Prince Louis as the true stars of the photos. The Cambridge also released a childhood picture of Kate with her father.

Kate has previously spoken about the family’s birthday traditions, which include the Duchess of Cambridge staying up all night baking cakes from scratch for everyone’s big day. Prince William also recently joked about the amount of baking happening in the Cambridge kitchen right now, and that he’s “done a lot of a baking at home.” Apparently, the Cambridge children are just as messy as every other kid in the kitchen, and it’s like an “explosion of flour and chocolate.”

Even though the U.K. is easing its lockdown regulations, it doesn’t appear that Cambridges have been able to see their other family members in person just yet. Carole and Michael Middleton have been quarantining at their family home, Bucklebury Manor, in Berkshire, which is an over three hour drive from Anmer Hall, so it’s definitely a bit of a trek at the moment. The Cambridges have become expert Zoom-ers at this point, so perhaps Kate organized a special virtual birthday party for her dad, with her siblings, Pippa and James, as well as the three Cambridge kids.

Happy Father’s Day! • 1. The Duke of Cambridge with The Prince of Wales at Sandringham in December 2019 2. Michael Middleton with his daughter Catherine First photo taken by The Duchess of Cambridge

The birthday celebrations aren’t ending anytime soon, as the Duke and Duchess of Cambridge have another big party to plan next month. Prince George is turning seven on July 22, and it’s going to be hard to one-up his birthday parties from last year, as he spent his sixth birthday on the Caribbean island of Mustique. Kate also planned a soccer-themed party for the future king back in the U.K., because the royal family is very into the multi-fête situation. Perhaps this year, 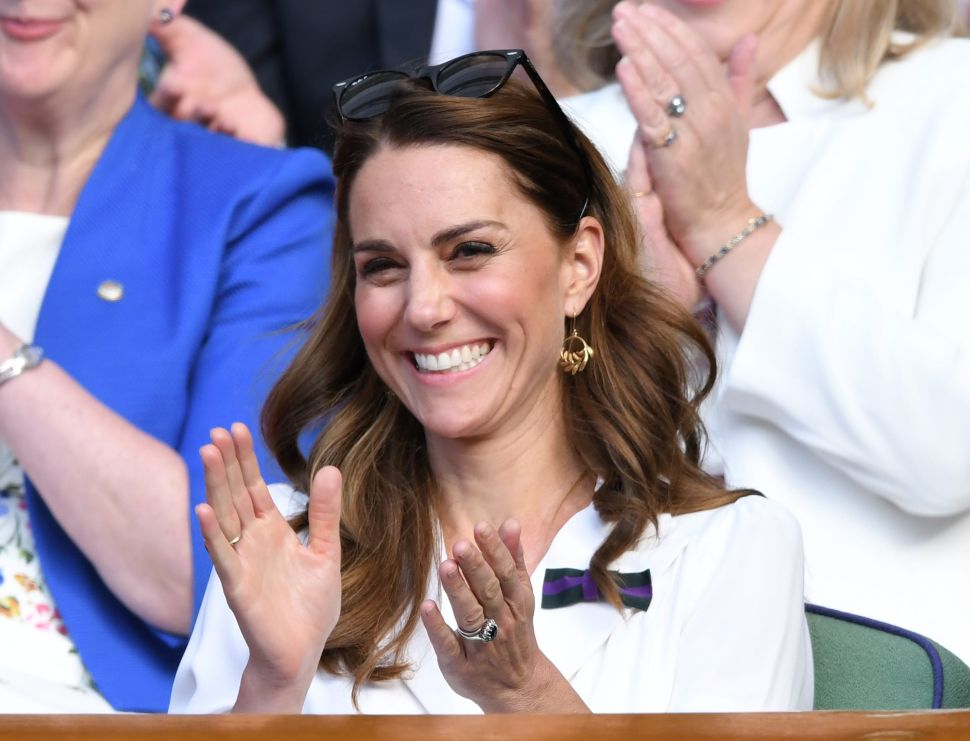