One of the more interesting examples of cultural re-assessment that’s occurred over the past couple of years has been the renewed critical scrutiny of Hamilton, the mega-blockbuster musical about founding father Alexander Hamilton written by the industrious Lin-Manuel Miranda. The musical was a shining gem of the Obama era, but so much has changed since then that the text itself has been warped by the world around it. In a new interview published on Monday with the Wall Street Journal, Miranda discussed the upcoming debut of the movie version of Hamilton on Disney+ on July 3, as well as the ways in which he’s working to align the musical’s production with the Black Lives Matter movement.

The thematic weight created by the original stage version of Hamilton centered around the fact that America’s white Founding Fathers and their love interests were being portrayed by performers of color. However, in the immediate aftermath of the death of George Floyd, Lin-Manuel commented on Floyd’s killing on his Twitter account, but the show in its official capacity did not. Hearing the criticism that this silence sparked, Miranda felt the need to recalibrate.

SEE ALSO: A ‘Hamilton’ Film With the Original Cast Will Soon Hit Disney+

Luis A. Miranda Jr., Miranda’s activist father, also told WSJ that he initiated a partnership between Hamilton and the Black Lives Matter movement that is currently being worked on, but has yet to be nailed down in terms of specifics. “I called the leaders of Black Lives Matter, with whom I’ve worked over the years, to begin to have a dialogue about how Hamilton, and the Hamilton family, can begin to do work with them,” Miranda Jr. explained.

It’ll be interesting to see how the musical as a whole shifts itself in order to better align itself with activist initiatives, and indeed, it’s questionable whether anything that’s come to be aligned with Disney can ever be truly radical. However, given Lin-Manuel Miranda’s boundless energy, you can be sure that he’ll do everything he can in order to try. 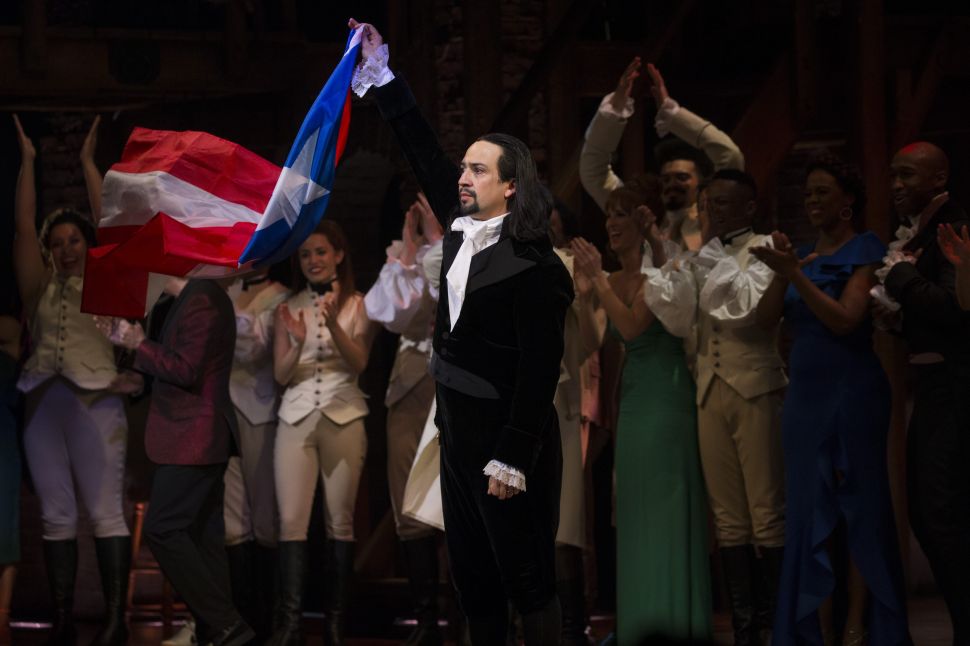