When Nexflix announced a series adaptation of Lola Shoneyin’s award winning novel, The Secret Lives of Baba Segi’s Wives, it didn’t take long for twitter fans to chime in with casting suggestions best suited to portray some of their favorite characters from the book. It has been 10 years since the U.S. debut of Shoneyin’s humorous and eye opening novel about a polygamous family in Nigeria. The novel isn’t new to adaptations; since it’s release it has enjoyed a life as a one woman show, a stage play, a BBC Radio play and a graphic novel.

“It’s a wonderful feeling, that the book is still resonating and still finding new audiences.” Shoneyin tells Observer. “It’s like having a prized piece of play dough and every time somebody takes it from you, they mould it into a masterpiece.”

Shoneyin’s writing history dates back to an early childhood as a voracious reader, representing her school at poetry competitions. Defying her father’s preference that she study medicine or law, Shoneyin would eventually settle on a degree in English literature at Ogun State University in Nigeria. “It was important for me to do something that I enjoy because I knew that I had that high capacity to become bored quite quickly and quite easily.” she says.

In her last year at university, she fell hard for poetry and got hooked on a diet of African American feminist writings from names like Ntozake Shange, Alice Walker and Toni Morrison. “I felt quite safe within poetry because I didn’t need to say too much and I could just say enough. It was a way of throwing parables into the world.”

Shoneyin eventually published three collections of poetry, but her first two novels failed to secure a publisher. “These days when you hear these horror stories of publishers saying we already have a black author, and basically saying it like they have made their black quota….that stuff really happened to me. I was really in the middle of that kind of talk and feeling very powerless.”

Living in England at the time, simultaneously raising four children, studying for a Postgraduate Certificate in Education, working as a teacher and frustrated, Shoneyin decided to take a final stab at getting published. It was at this moment she remembered a story told to her when she was 14 by her older brother’s girlfriend, a medical student. The story was about a spare parts dealer who drove into the hospital with his graduate wife informing the doctor that his wife’s womb was ruined. That story would form the basis of this novel exploring polygamy, impotence, envy, and sexual assault that stayed percolating in her mind for a number of years.

After eventually making a casual call to her agent about the story, eighteen months later, The Secret Lives of Baba Segi’s Wives was born. Shoneyin was in no doubt that her debut would be successful, regardless of her early dark experiences with publishing.

“I knew it would resonate with just about anybody. Some of the themes that I explore in the novel are universal themes. Everybody feels jealousy and insecurity.”

She didn’t want a book that was so literary and inaccessible to regular readers. “I wanted it to be, as one of my agents described, the commercial end of literary fiction. That accessibility was important to me.”  It is that accessibility, wit and agency that has made the novel endearing to its readers worldwide and garnered a huge following.

The Netflix adaptation is spearheaded by Nigerian television and film producer Mo Abudu who optioned the rights in 2017. “I have met very few people in my life who have the level of foresight that she has just as a human being,” Shoneyin says of Abudu. “She is ambitious, and I wanted her to succeed.”

Shoneyin believes this adaptation to be a win for African storytelling as African literature gets to be reintroduced to a new generation through film and the economic value is not lost on her. “We are going to have a crop of screenwriters who can see the value in adapting our stories for the screen. That’s just another means for a writer to make money and there is a lot of value to that,” she says.

It has been impossible to ignore the publishing industry’s moment of reckoning with systemic racism amidst the ongoing Black Lives Matter protests. Shoneyin is hopeful that part of the change will include a burst of creative energy, ushering in a new vanguard of Black storytellers. “The world is in an interesting place right now, where people want to hear Black voices and Black voices are not about to be silenced by anybody,” she says.

As for the long awaited second novel, she neither feels paralysed nor pressured by the success of her debut but rather continues to indulge her restlessness in her current role as festival organiser for Lagos’ annual Aké Arts and Book Festival. “I love promoting other writers, especially giving them a global and continent wide space with the Aké festival and Kaduna books and arts festival. The truth is that Baba Segi seems to be the gift that just keeps giving.” 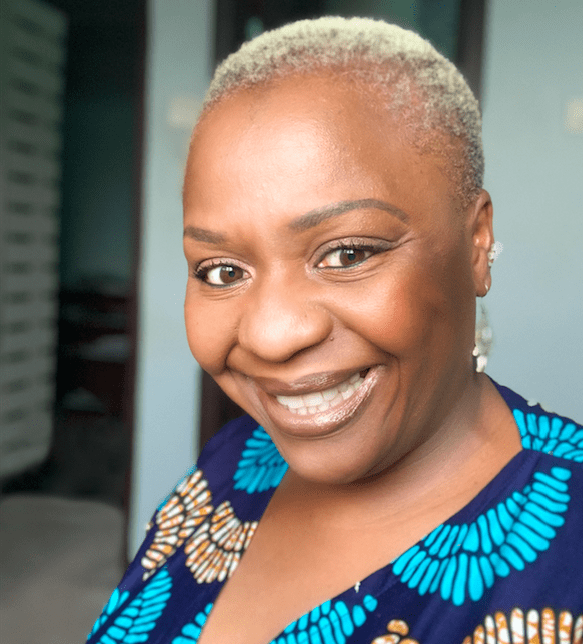