The budding electric pickup space is getting crowded, quickly. After Tesla’s Cybertruck, Nikola’s Badger and a few other hyped models touted by Detroit’s traditional gas carmakers (all of them have yet to begin production), another ambitious startup, born out of an abandoned midwest General Motors plant, is joining the game.

The Endurance truck will be manufactured at GM’s former Lordstown plant, where the auto giant used to produce Chevrolet Cruze compact cars. The Lordstown facility was one of the three plants GM permanently closed in March 2019 as part of the company’s product line revamp, which led to a massive layoff that put 14,000 people out of work.

Two months after Lordstown’s closure, Steve Burns, the former CEO of industrial EV manufacturer Workhorse Group, purchased the plant for $20 million and launched Lordstown Motors from there. The startup currently has 70 employees, mostly engineers, who are tasked to retool the factory to build the Endurance and possibly electric SUVs in the future. The plant has capacity to make up to 600,000 vehicles a year.

Lordstown Motors is in an arms race with a number of EV companies to get the first electric pickup on the road. Burns said mass production of the Endurance will kick off early next year with a starting price tag of $52,500. The vehicle boasts a range of 250 miles per charge, a towing capacity of 7,500 pounds and peak horsepower of 600 hp.

Tesla’s Cybertruck and GM’s first electric pickup are both aiming for a 2021 mass production. Hydrogen truck maker Nikola’s Badger pickup is expected to enter production in 2022. So is Ford’s electric version of the popular F-150. Amazon-backed Rivian, which will make electric delivery vans for Amazon, could start building its own electric pickup by the end of this year.

Whether Lordstown Motors can get ahead of the electric pickup game has political consequences for President Trump, too.

After resoundingly voting for Trump in 2016, Ohio has again become a swing state in the 2020 presidential race between Trump and likely Democratic nominee Joe Biden, according to a latest poll. And the sitting president is counting on Lordstown Motors to regain the favor of Ohio voters after many of them blamed him for GM’s plant closure and layoff last year. Trump had promised that the plant and the jobs would be saved and urged people in Lordstown not to sell their homes, then reacted blithely when the plant did shut down.

At Thursday’s event, Pence publicly thanked Burns onstage “for stepping up and starting a new chapter of history here in Lordstown.” “It’s a tribute to a president who was not shy about letting his feelings be known about the future of Lordstown,” he said.

Auto industry experts are doubtful that a startup like Lordstown Motors will be able to revive a town that employed 10,000 GM workers at its peak. “The level of information from the company is sketchy at best. I struggle to see how they get to anywhere near the volume that fills Lordstown,” Jeff Schuster, head of forecasting at LMC Automotive, told Bloomberg on Thursday. 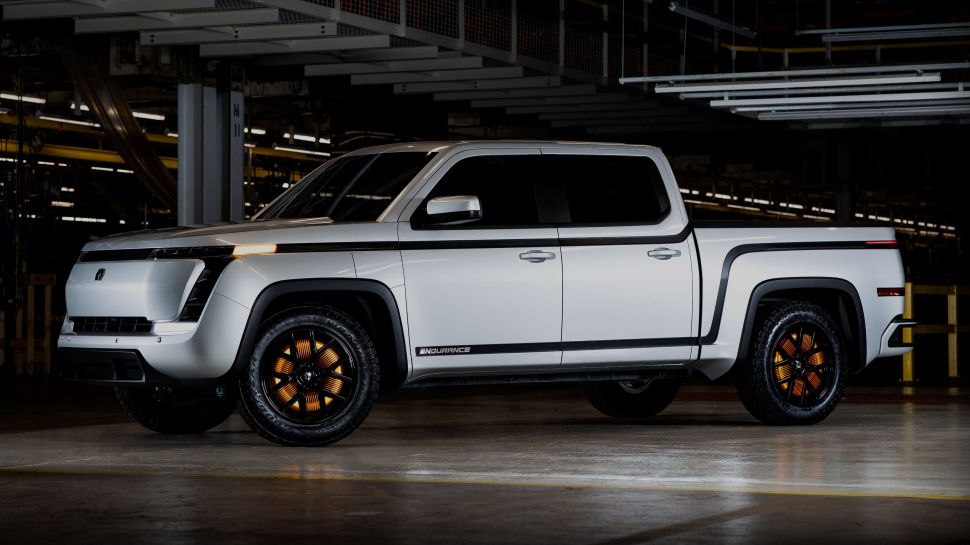