Masha Gessen understands the genuine terror created by totalitarian regimes. A staff writer for The New Yorker and a frequent contributor to the New York Review of Books and other publications, Gessen (who uses the gender neutral pronouns they/them) is also joining the faculty of Bard College as Distinguished Writer in Residence in the Division of Languages and Literature this fall. After immigrating to the United States from Russia as a teenager in 1981, Gessen returned to their country of birth in 1991, working as a journalist and editor while also writing books such as the 2012 release The Man without a Face: The Unlikely Rise of Vladimir Putin and Ester and Ruzya: How My Grandmothers Survived Hitler’s War and Stalin’s Peace in 2004. With their position as an immigrant and outsider, Gessen spoke directly of the historical impact of fascism and its contemporary incarnations.

After almost two decades of work scrutinizing Russian politics and society, calling to task injustice and corruption, Gessen and their family immigrated to the United States in 2013 after Russian authorities threatened to take children away from gay parents. Since then, Gessen has written books ranging from the 2014 Words Will Break Cement: The Passion of Pussy Riot and, in 2015, The Brothers: The Road to American Tragedy, which centered around the Tsarnaev brothers who staged the 2013 Boston Marathon bombing. Gessen’s The Future Is History: How Totalitarianism Reclaimed Russia went on to win the 2017 National Book Award. Given the extent of their work, it’s hard to imagine someone more poised to write a book called Surviving Autocracy, than Masha Gessen.

Upon the election of Donald J. Trump in November 2016, it took no time at all for Gessen to assess and respond to the political crisis at hand. Speaking with Observer over the telephone from their home in New York City, Gessen recalls, “Right after the election, I wrote this essay called “Autocracy: Rules for Survival,” for the New York Review of Books, which went sort of mega viral and I considered writing a book like this right after.”

Drawing from Gessen’s experience with totalitarian governments, the piece laid out six rules to follow as Americans prepared for a candidate unlike any other to assume the presidency. These included “Institutions will not save you,” “Don’t make compromises,” and “Remember the Future.” Until this point, Trump naysayers were deemed hyperbolic or hysterical. A fair amount of this judgment was based on the improbability of a Trump victory. Now that the impossible was reality, Gessen affirmed the anxiety that many had felt and hoped to offer some perspective on what was no ordinary transfer of power. They insisted that one should take the autocrat at his word and that it was incorrect to apply conventional wisdom to Trump based on previous occupants of the White House. As Gessen stressed that nothing about Trump’s presidency would be normal, they also cautioned readers to remain alert. For many, an instrumental part of that caution involved becoming more active consumers of news and political analysis.

While there was a clear demand for incisive writing that addressed the crisis at hand, Gessen had hoped to take their time before writing another book. It hadn’t been long since Gessen completed The Future is History. “I didn’t want to switch to writing a smaller current affairs book so I’d been working on something else for a while. And then at some point, this kept getting in the way.” Suspending the longer project, Surviving Autocracy captured Gessen’s attention for the better part of six to eight months.

A relatively slim yet potent book, Surviving Autocracy is an essential read for anyone who says that all politicians are the same. Gessen identifies the differences between Trump and other political figures, making clear that his behavior is in no way benign or beneficial for the greater good of the American public. After detailing the ways in which Trump and his administration destabilizes democracy, Gessen breaks down the methods with which he executes this vision of power. In the final section, Surviving Autocracy concentrates on an overwhelming aspect of Trump’s rhetoric—the conflict created when American citizens as well as all American residents are classified as “us” or “them.” Gessen makes clear that the path beyond autocracy depends upon a moral authority that unifies Americans across their differences, working together as one for the greater good of society.

It’s a crucial book for our times. Staying abreast of the news is a daily challenge. It takes an even greater effort to telescope beyond the relentless news cycle to analyze the chaotic nature of civic and social life. Gessen reflects, “I think that it’s important to keep in mind that this state of fog is not a side effect of our current predicament. It’s a feature of it and it’s very intentional that you can’t ever fully step outside of that difficulty and describe it. But I feel there are moments of clarity.” Beyond their experience studying the seismic shifts in Russian politics and society, I asked Gessen about the touchstones they return to when they need greater wisdom to parse out this ongoing, ever-changing crisis in American politics and society.

“There are moments when I can return to somebody’s idea that helps to shed light to some part of our predicament. So obviously, as you can tell from reading the book, and probably my other writing that Hannah Arendt is always a touchstone.” An immigrant to the United States from Europe during World War II, Hannah Arendt was a philosopher and political theorist known for her concept “the banality of evil” and her vast examination of totalitarianism, politics, and power.

Having learned about Arendt in their mid-teens from a girlfriend, Gessen continues to be guided by Arendt’s thinking. “One of the insights that stuck with me—and actually, I’ve been going back to it a lot—from my first reading of The Origins of Totalitarianism was that she writes how a precondition for totalitarianism is a willingness and the capacity to tolerate a huge number of deaths. It was a striking thing to observe about the Soviet Union: the extendibility of millions of lives was a hugely important condition of maintaining the regime. And now I keep thinking back to that line, right? And it’s also just the scale of extendibility.” It’s chilling to connect these conditions with the Trump administration’s callous regard for the horrifying and ever-growing death tolls from our current pandemic. Arendt’s uncanny ability to distinguish the behavior of autocrats is what prompted Svetlana Boym, colleague and friend of Gessen’s, to consistently tell them, “Read Hannah Arendt!” as Gessen worked on their book The Brothers. Saying this, Boym was reminding Gessen to “dig further and be more sophisticated in my thinking.”

Beyond her specific insights, Arendt remains a guiding influence on Gessen, “Not because necessarily, you know, what we’re seeing right now is easily explained by the tools that she created for understanding totalitarianism. But just because she’s such a clear political thinker and to go back to her work and be reminded of what politics is, is super important. I think that one of her great contributions to [critical] thinking is the question of why we have politics, and how beautiful it is.”

It’s this shared appreciation for the inherent beauty found in political engagement that brings hope into Gessen’s bleak critiques. “She’s rarely talked about this way, but [Arendt]’s a great humanist thinker in the sense that the main criterion she brings to understanding any political system is what happens to human political engagement in that system. There’s such a beautiful assumption in that approach—that people want to be political together, that people want to seek justice together, that people want to reach a meeting of the minds and hearts on creating a common world. These are all her baseline assumptions. Then she looks at the world around her and analyzes it with those assumptions. Sometimes I will just go back and read a small dose of Arendt just to find something new. For example, I did this lecture on loneliness and isolation recently, and it’s not original to refer back to Arendt on her thoughts on loneliness and solitude. But it’s really it’s like a tiny, tiny part of The Origins of Totalitarianism where she just basically lays out her assumptions about human nature and the role of loneliness, isolation and solitude. This is one of the most beautiful views of humanity.”

That view of humanity centers around faith that together, society will recognize the cruelty instilled through an emphasis on division and rancor. While Gessen does believe that American society can overcome the autocratic destruction wrought through political actions and Trump’s manipulation of language, that change can only happen through collective efforts. However, our current isolation brought on by the pandemic poses a serious threat to society. Gessen says, “I think something horrible is happening to friendship. Not just because we can’t see each other, but because friendship is always this bridge between the public and private. What happens to the bridge? It’s atrophying because, you know, because we’re all currently in private space, and it’s terrifying to me.”

While it was largely written pre-COVID-19, Surviving Autocracy includes a prologue and epilogue that speak to the threat that pandemic poses for Americans. In our isolation and also as many gather to protest police brutality, we should make time to read beyond the headlines, applying a more expansive perspective to our experience over the last four years. Gessen’s lucid explanation of the “fog” we live in, the behavior of those who hope to perpetuate that condition, and humane reparations to which we should direct our energy, make this a book that one should send to friends and family. Included should be an invitation to discuss it once they’re done. It’s not enough to maintain a bridge of communication, we need to repair the terms through which we speak with and even consider one another. Gessen unpacks the source of this political and social instability in their potent book. 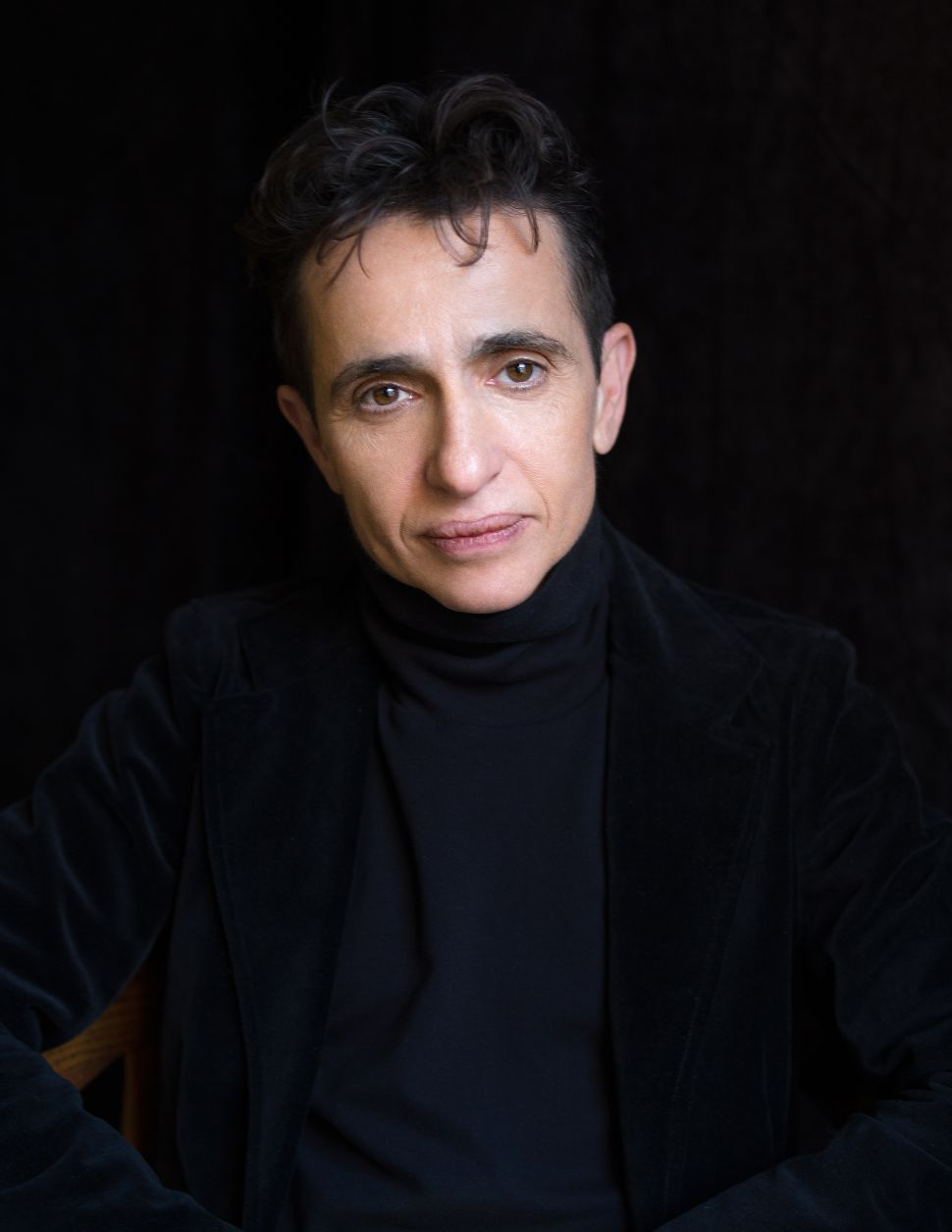