The Duchess of Sussex delivered a powerful speech to the graduating class of her alma mater. Meghan Markle condemned the death of George Floyd and showed her support for Black Lives Matter at Immaculate Heart High School’s virtual graduation last night.

The graduates of the all-girls school in Los Feliz didn’t know that Meghan was giving the speech until the video played at the end of the two-hour ceremony, according to Harper’s Bazaar.

SEE ALSO: Prince William Wants Prince Harry and Meghan to Consider a Move Away From L.A.

Meghan, who is now living in Los Angeles with Prince Harry and their son, Archie, began by telling the students that she had been planning on speaking to the class for the past few weeks, and that “what is happening in our country and in our state and in our hometown of L.A. has been absolutely devastating.”

She told the graduates that the most important thing to do is to say something, and the worst thing she could do was to stay silent. “I wasn’t sure what I could say to you. I wanted to say the right thing. And I was really nervous that I wouldn’t, or that it would get picked apart, and I realized—the only wrong thing to say is to say nothing.”

Like many people in this country right now, Meghan Markle's heart is heavy with the racism that has reared its ugly head. While addressing the class of 2020 as a proud alumna of Immaculate Heart High School, The Duchess of Sussex shared that she’s been devasted by the racial decisiveness in America. Tap the 🔗in our bio for the full speech. (🎥: Courtesy of Meghan, The Duchess of Sussex)

The Duchess of Sussex encouraged the graduates of her alma mater to use what they’ve learned at school to be leaders in the future, and most importantly, to vote. “You are going to use your voice in a stronger way than you have ever been able to, because most of you are 18, or you’re going to turn 18, so you’re going to vote. You are going to have empathy for those who don’t see the world through the same lens that you do—because with as diverse, vibrant, and open-minded as I know the teachings at Immaculate Heart are, I know you know that Black lives matter. You are equipped, you are ready, we need you, and you’re prepared.”

The Duchess of Sussex has never shied away from standing up for her beliefs and condemning racism and bigotry. Back in 2012, prior to marrying Prince Harry, Meghan spoke out about her own experiences with racism as a biracial woman; the video recently resurfaced. She also penned a powerful essay on racism and identity for Elle in 2015. 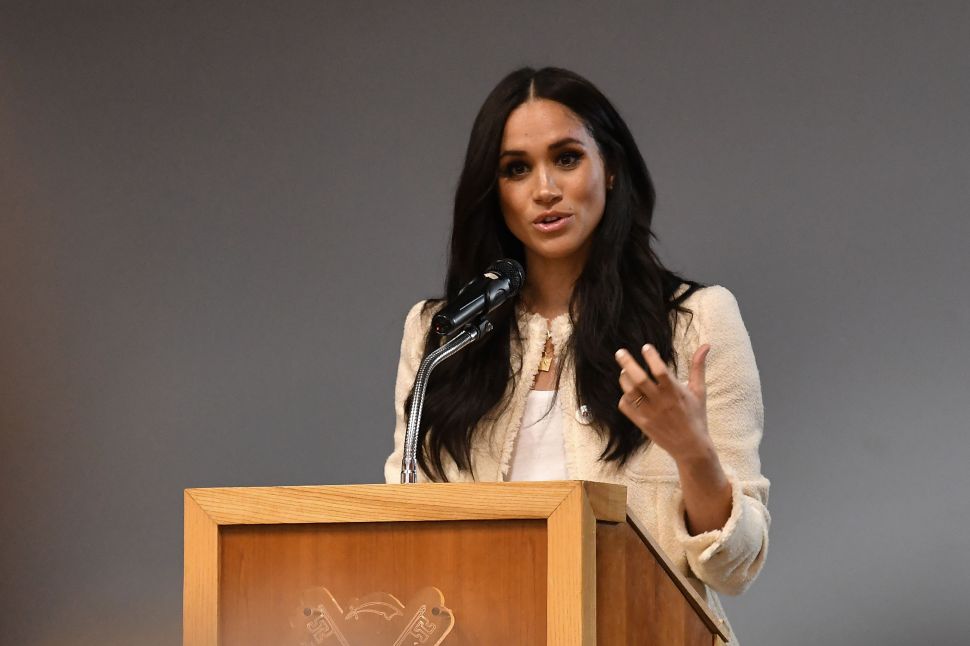