Across every industry, the worldwide protests that began in response to the death of George Floyd on May 25 have sparked institutional reckonings and prompted renewed looks at the systems that have perpetuated racism. On Instagram, the writer Anisa Tavangar recently posted a summation of her Barnard senior thesis, which concerns how the Metropolitan Museum of Art’s Africa, Oceania and the Americas department “upholds the notion of primitivism that groups the continent of Africa, the region of Oceania, and pre-Colombian America as an interchangeable tribalist other.”

I’ve been seeing a lot of criticism of museums as the OG looters and silence (or black squares) from the institutions themselves. A week and a half ago, I felt that frustration bubble up, so I sent a long email and had a call to talk it over and strategize. I decided to write out some thoughts about how this one section of one building in one city in one country upholds the ideals of white supremacy. I don't think returning everything to their places of origin is the solution to this problem but I do think confronting the problem is the first step to figuring out what the solution is. I am not any kind of expert in African art and I don’t just say that to be humble. I can't tell you about most of the art in the wing. I just know that a bunch of years ago, I went to the @metmuseum and this space made me uncomfortable. So, I researched it and I discovered that there’s a whole world of art historians who feel the same way. I used to talk about it a lot while I was writing it but if you want to read my thesis, hehe, the link is on all of these graphics.

In the post, which begins with the question, “How do museums uphold white supremacy?” Tavangar vividly articulates how the way objects are presented to an audience is just as important as the presence of the objects themselves. She contends that by vaguely grouping together artwork from very different parts of the world, the Metropolitan Museum of Art “generates a false sense of timelessness” while creating “the impression of static creative practices across these vast regions and diverse cultures.”

In her thesis, Tavangar talks about encountering the artist El Anatsui’s Bleeding Takari II (2007) at the Museum of Modern Art in 2013, and being immediately overpowered by the work’s shimmering dynamism, and how the space enhanced the work. When she encountered a work by Anatsui in the Met, her experience was very different: “Instead, this piece, the only one by El Anatsui on view in the Metropolitan Museum of Art, is camouflaged,” Tavangar wrote. “Without a single dedicated light on it and against a low mustard wall, the luminosity is sucked out of the piece. It is left flat and bare against the back of the African gallery.”

The response from my last post has been overwhelming and affirming but now, let’s do something! Send an email to feedback@metmuseum.org! If you liked or shared the post about what some of the problems are, help get a solution going. Acknowledgement is the first step.

Within the art world, museums have been quick to develop digital programming so that their audiences can access their collections from home during the pandemic, but when it comes to deconstructing and re-envisioning how they can do justice to their collections, museums tend to be a bit slower on the uptake. In a subsequent Instagram post, Tavangar asked her followers to email the Met’s curatorial departments to ask them to deeply reckon with how they uphold the legacy of white supremacy. “Be kind, be gracious, be tactful, be truthful,” she concluded. “It’s not about the people, it’s about the structures.”

The Met has, in recent weeks, affirmed its commitment to listening, learning and reckoning with its own participation in racial injustice. The galleries displaying works from the Met’s Africa, Oceania and the Americas department are due for a cosmetic renovation this year, but as Tavangar points out, not a reorganization. Perhaps if enough people follow Tavangar’s lead, this wing could be converted into a genuinely informative space that confronts and educates about the legacy colonialist structures and the institution’s own role within them. 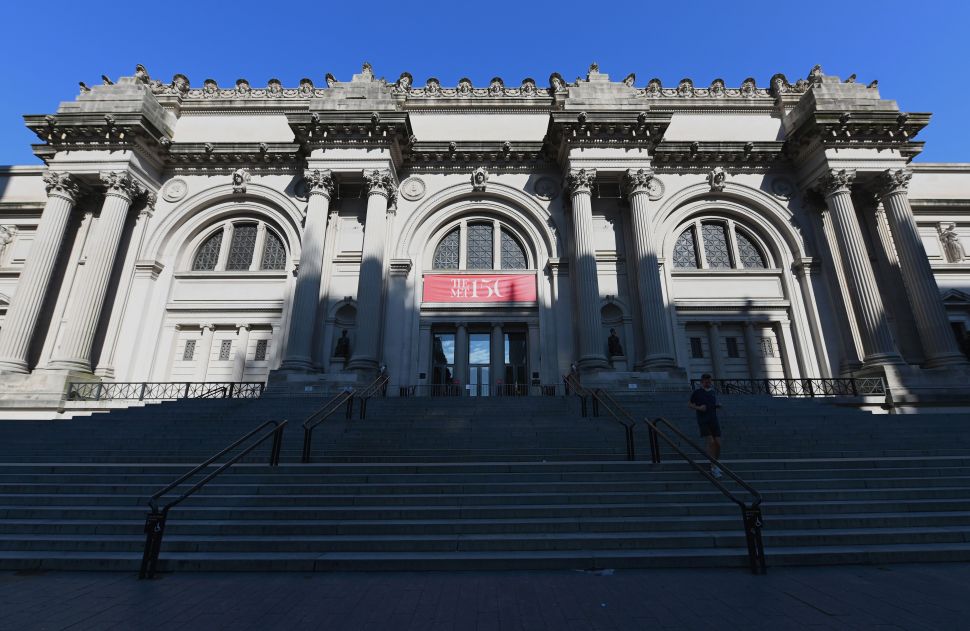