Since the killing of George Floyd and the renewed energy sparked by the Black Lives Matter movement, workers in the art world have collectively begun to call out the shortcomings of certain institutions and structures when it comes to race and diversity. On Monday, members of the Guggenheim’s curatorial department sent a letter to the institution’s leadership deriding “an inequitable work environment that enables racism, white supremacy, and other discriminatory practices.” Similarly, on Tuesday, 15 staff members from the Metropolitan Museum of Art sent a letter to the museum’s leadership that implored them to acknowledge “what we see as the expression of a deeply rooted logic of white supremacy and culture of systemic racism at our institution.”

Specifically, Metropolitan Museum of Art staffers were partially responding to an Instagram post posted last Friday by Keith Christiansen, the Met’s longstanding chairman of European paintings. While it appears that Christiansen’s account has since been removed or taken down, last week, the administrator posted a drawing of the French archaeologist Alexandre Lenoir, who was known for his efforts to protect monuments and sculptures during the chaos of the French revolution. In his caption, Christiansen wrote the following: “Alexandre Lenoir battling the revolutionary zealots bent on destroying the royal tombs in Saint Denis. How many great works of art have been lost to the desire to rid ourselves of a past of which we don’t approve.”

This statement appears to be meant as commentary on the fact that all over the world, statues that upheld colonialist, racist or otherwise imperialist ideas have begun to be removed or destroyed en masse. In response to Christiansen’s post, the advocacy group Art + Museum Transparency raised the alarm with a tweet calling out his “making a dog whistle of an equation of #BLM activists with ‘revolutionary zealots.'” Christiansen subsequently apologized, but the damage appears to have been done.

Only a couple of weeks ago, the writer Anisa Tavangar drew attention for her post on Instagram calling out the Met’s Art’s Africa, Oceania and the Americas department, which Tavangar said “upholds the notion of primitivism that groups the continent of Africa, the region of Oceania, and pre-Colombian America as an interchangeable tribalist other.” If the Metropolitan Museum of Art is going to undergo successful reform, it may have to fundamentally restructure itself; the tension between the criticism and the limits of what institutions are willing to do from within is unfolding before our eyes. 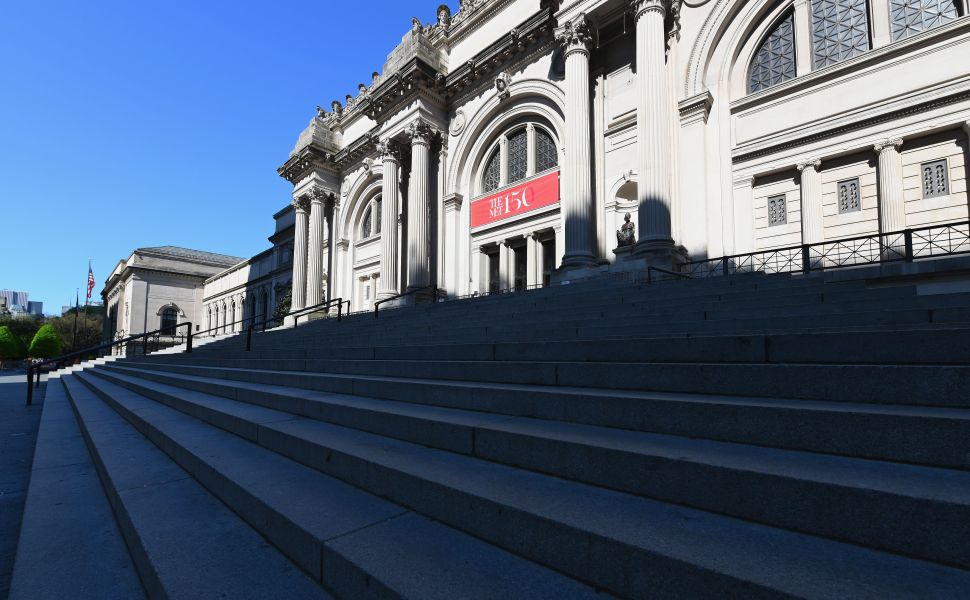