“When a project is finished, I don’t like it anymore,” says German artist Sarah Bovelett. “I like to leave some things undefined and open.” One might say that the most recent initiative she’s contributed to will remain open ended for quite some time.

Collaborating with her friend and fellow artist Maria Beaumaster, she’s created one of 100 works that will be part of  the Moon Gallery, an international collection of art that is being sent to be exhibited on the moon. Anna Sitnikova, the Moon Gallery’s co-curator, describes it as a “Petri dish-like gallery,” with 100 one-centimeter-square artworks displayed within a 10x10x1 centimeter plate on the exterior panel of a lunar lander. Developing culture for future interplanetary civilizations, the team aims to launch the gallery in 2022.

SEE ALSO: Hank Willis Thomas Turns the US Department of Justice Building Into a Canvas After Dark

Bovelett got involved when Sitnikova conducted a workshop at her university, and pitched Sitnikova an idea after a 20-minute brainstorming session.

In conceptualizing the work, Bovelett and Beaumaster focused on the connection between the moon’s revolution and menstruation: the lunar cycle lasts 29.5 Earth days, the global menstrual cycle averages 29. Their artwork comprises a glass orb infused with menstrual blood. “We collected blood from three women, chosen randomly. It’s not about the person; we want to make menstrual blood a relic,” notes Bovelett. They call the work Artemis 11.

“We want to put a woman on the moon,” Bovelett states firmly. Artemis is the Greek moon goddess and twin sister of Apollo, the namesake for the spacecraft in the first manned moon mission in 1969, Apollo 11. The goddess has three incarnations that each stand for something distinct. “But only together, they are a whole,” explains Bovelett. “Habitation on the moon should be about collaboration and congruity, and Artemis really stands for that.”

Twelve humans have landed on the moon. All of them were men.

“It explores important questions,” says Sitnikova of the work, “[including] the values the artwork creates for the moon, how we rediscover values on earth, and the relationship between women and the moon.”

Artemis is also the NASA program planning to send “the first woman and next man” to the moon by 2024. “If people will be able to live there, the fact that a woman should be able to go to the  moon isn’t something that needs explaining,” Bovelett says. On October 18, 2019, astronauts Jessica Meir and Christina Koch participated in the first-ever all-female spacewalk. Bovelett calls it progress: “People are standing up and realizing its importance.” But, she reiterates, the priority should be a female astronaut landing on the moon. “It still hasn’t happened, and it’s very wrong.”

I ask her how she felt when her submission was accepted. “It was very strange. It’s working together with the ESA. It’s something so smart, so technical; not my usual vibe.” Her eyes give away her exhilaration. “In a couple of years, there will be this thing on the moon I can point to and say, ‘See that little thing? It’s very small, but I made it!’”

But until these works—which are all still in progress—have visitors, consider the project unfinished. “A gallery should have visitors,” says Bovelett. “It’d be crazy if someone texts me, ‘Hey, I was on the moon. I saw your gallery! Super nice,’” she jokes. 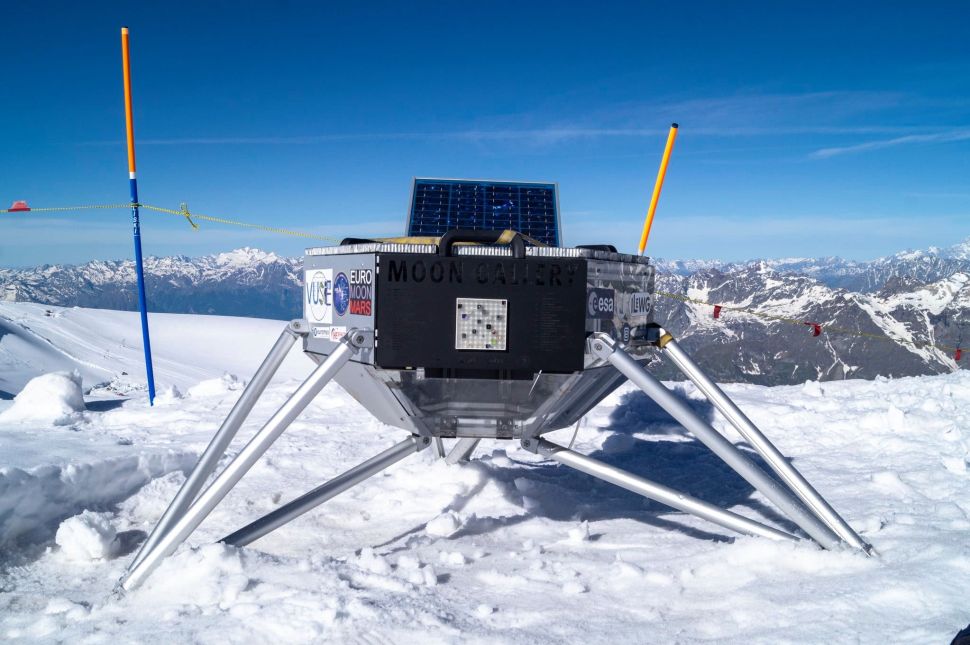