It was late one Friday night when I was driving home from a party and saw red and blue lights in my rearview mirror. I went numb. TLC’s “Creep” was playing from the aux but all I could think was, Had this officer seen a Black woman driving and decided to creep? I pulled over.

I prayed while the white officer exited his scout car, and I asked God for me to leave this encounter with my life. He first asked why I took so long to pull over. “I’m sorry, I was looking for somewhere safe to do so,” I responded. In reality, I had pulled over to a well-lit area and was trying to not have an anxiety attack. He then asked if I knew why he was pulling me over. “No sir,” I said. He said my lights were dim and to turn my high beams on, told me to have a good night and walked away. I didn’t have any breath left in me to let out a sigh of relief, I just drove in silence until I got home.

I got into my apartment and called my boyfriend, who was long asleep, and broke down crying. I could’ve been Sandra Bland. I could’ve been Breonna Taylor. I could’ve been another reason for marches and protests around the nation—because of my dim headlights. Growing up, I looked up to the police, since my father was a Detroit Police Officer. Since then, those former role models in blue have come to represent real danger for me as a Black woman and have become the antagonists in television, film and music. This trend is not new to Hollywood but seeing it on the big screen has grown more common as police brutality incidents occur across the country.

Over the last few years, there have been mixed reviews over movies like Queen and Slim, Black and Blue, and The Hate U Give. Some reviews have called the films disturbing while others describe them as provocative and powerful. Is Hollywood trying to capitalize on Black pain, while simultaneously causing fatigue? Don’t get me wrong, Black people contribute to the millions that these movies make during opening weekend. Additionally, many of these movies are written and/or directed by African Americans. Lena Waithe wrote Queen and Slim, The Hate U Give was directed by George Tillman Jr., Fruitvale Station was directed by Ryan Coogler and Black and Blue was directed by Dean Taylor; these are all Black Americans.

Fruitvale Station was based on the true story of Oscar Grant, a Black man, who was gunned down by police after an altercation on a subway train. The Hate U Give (extrapolated from the acronym, T.H.U.G.) is a book-to-screen adaptation of the story of a Black teenager who was shot and killed by police during a traffic stop and his passenger finding her voice amid protests and riots. Queen and Slim is a modern-day Bonnie and Clyde, where a Black woman shoots and kills a police officer during a traffic stop in fear of the roles being reversed for her or her passenger, a Black male. Black and Blue highlights the corruption in the police system, blatant disregard by white officers for Black lives, the hatred of police in a Black community and a Black officer trying to keep the peace while being a part of both communities.

These movies and a host of others are alike and different in a plethora of ways, yet they all share a common trait: the loss of Black lives at the hands of police and the fear of being next. Though only one of the four were based on actual events, they all have underlying realities and possibilities on the screen.

Hollywood needs to find a balance. An article on Medium written by Maryam Muhammad in 2019 suggested that, “Fruitvale Station should have a Black Panther, and every The Hate U Give should have an A Wrinkle in Time.” I didn’t realize a word existed in the English dictionary—escapism—for wanting that balance, for wanting to go to the movies and see something, anything besides someone who looks like my father, brother or my future husband losing their life for simply existing. It’s the tendency to seek distraction and relief from unpleasant realities, especially through entertainment. “Of course, I can understand why [Fruitvale Station and The Hate U Give] are so crucial and that they have a point to make about historical events and society. Still, I have to ask myself: Where are the movies about happy Black people?” asked Muhammad. “Why don’t we have more of our own science fiction movies? Is it too much to ask for little Black children traveling in outer space or developing superpowers?”

On-screen depictions of police brutality, whether on Facebook Live or at my local AMC theater, evokes deep emotion from me. “Why?” asked my boyfriend, when I told him the movies made me cry. “Remember Fruitvale Station?” I asked. “Michael B. Jordan played a guy that was how old?” I Googled it. “22. And how old are you?” We both got silent – he’s a few months shy of 22. The forms of media digested—real or fake by definition—all feel real, because they create images and casual conversations ranging from the dinner table to Black Twitter, and shouldn’t be normalized. The sight of a police officer, police car, or red and blue lights elicit different feelings amongst Americans, based on the color of their skin. The portrayals from police brutality to slavery are known as trauma porn, defined as: “any type of media which exploits traumatic moments of adversity to generate buzz, notoriety or social media attention.”

“Fictional Police Brutality, Real Emotional Toll,” wrote the New York Times in a 2018 headline. Television shows from Insecure, Being Mary Jane and Queen Sugar focused on police brutality from a different angle. They hone in on the toll it takes on African Americans to be fearful of those who are supposed to “serve and protect” them, as does this study on increased levels of anxiety in Black men who’ve had encounters with police.

A Season 4 episode of Scandal, “The Lawn Chair,” highlighted the inverse: feelings of police when encountering Blacks. “[There are] people like me, who strap on their boots every day…into a city where everyone, including little babies are taught to look at people like us like the enemy,” said a police officer who was about to be interrogated about his involvement in the shooting of an unarmed Black man, Brandon Parker.

“They are taught to question me, to disobey me and still I risk my life for these people,” he lamented. “I allowed myself to be disrespected and hated by these people.” In his conversation with Kerry Washington’s Olivia Pope, he continued to express his dismay regarding Black on Black crime but police brutality being publicized. “But I’m the animal?” he asked. “Brandon Parker is dead because he didn’t have respect; because those people out there who are chanting and crying over his body, they didn’t teach him the right values…he didn’t respect me, he didn’t respect my badge, questioning my authority was NOT his right—his blood is NOT on my hands!”

In mainstream, real-world cases of police brutality, I don’t recall ever hearing an officer’s explanation for the occurrence, and this gave insight. Depicted on the screen as an officer prioritizing his feelings over someone’s life and demanding respect over being challenged, it still invites viewers to nearly sympathize with him. This scene reminded me of rapper Joyner Lucas’ song and music video “I’m Not a Racist,” showing both sides of racism.

As music is often used as a tool to relay messages, evict emotion and pose questions, for decades, artists have actively used their platforms following incidents of police brutality—from “Sound of da Police,” to “F— the Police.” In the 2010s, artists were vocal about incidents and movie releases being the reasons for releasing songs as solidarity and calls to action.

“North Division tryin’ to stop my blackness, I’m watchin’ for them badges when out in traffic. Them 9-1-1’s been a tad bit frantic. If lights start flashin’, please don’t panic.” These lyrics come from “Hands Up,” by rapper Vince Staples. The song was released in 2014, a year after Fruitvale Station was released and the same year that Michael Brown and Tamir Rice were both killed at the hands of police. A year later, Sandra Bland was found dead in her jail cell. Kendrick Lamar released “Alright.” Also in 2015, Usher, Nas and Bibi Bourelly released a song and interactive music video on Tidal, “Don’t Shoot.” The video begins with words across the screen, “while racial injustice keeps killing, society keeps looking away.” Using the camera on the user’s device and facial recognition technology, the video shows the faces of police brutality victims, but if the viewer looks away, the song pauses, accompanying the message, “don’t look away.”

In 2016, Philando Castile and Alton Sterling were both killed and artists again took to the studio. Miguel unofficially released “How Many (Black Lives),” Jay-Z with “Spiritual,” and Beyoncé writing an open letter on her website about police brutality, and the “Formation” music video, showing her in a Black Panther-inspired outfit, atop a police car while it sank. When The Hate U Give premiered in 2018, so did Childish Gambino’s “This Is America” video highlighting Black oppression and police brutality, among other topics. Most recently, Queen and Slim and Black and Blue caused a lot of buzz from moviegoers and critics alike, but I wondered where the rappers and R&B artists were. There have been few mainstream songs released within the last year addressing police brutality, though new ones are coming on the heels of recent events, and I can’t help but think it’s because Black artists have grown tired of having to make the same pleas over and over again. 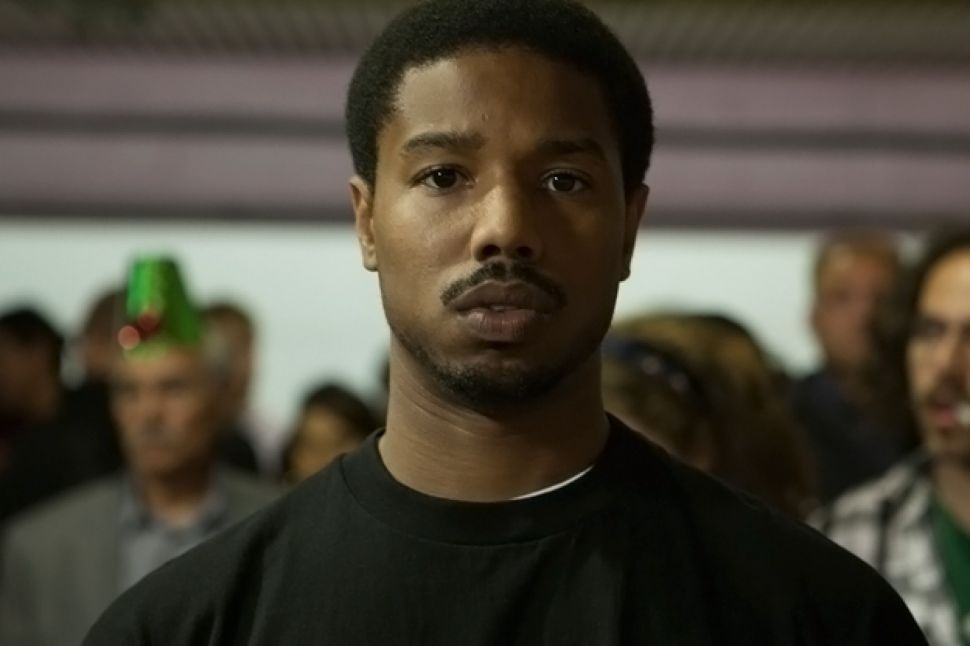