All over the world, debates have been roiling about confederate statues and confederate monuments and the necessity of their removal. On Thursday, Speaker of the United States House of Representatives Nancy Pelosi announced that she would be ordering the removal of four portraits from the Capitol building depicting past speakers who served the Confederacy. The ceremonial removal took place later that afternoon, and the paintings have been since been moved to House collection storage. Pelosi noted that the announcement came one the eve Juneteenth, the day that honors Black Americans’ emancipation from slavery.

The people depicted in the portraits in question are Virginian Robert M.T. Hunter, Georgians Howell Cobb and Charles F. Crisp and James L. Orr of South Carolina. Hunter supported the effort to form a Southern separate nation, and served as the Confederate Secretary of State and in the Confederate Senate during the Civil War; he was also a plantation owner. Cobb once served on a committee that ultimately defended South Carolina Representative Preston Brooks: Brooks had savagely beaten a senator from Massachusetts who had just given a passionate anti-slavery speech, and Cobb argued that this violence was justified. Crisp served as a Confederate soldier before becoming a congressman, and Orr commanded a South Carolina regiment before resigning to join the Confederate Senate, later serving as governor of South Carolina.

“As I have said before, the halls of Congress are the very heart of our democracy,” Pelosi wrote in a letter to Cheryl L. Johnson, the House clerk, in a document requesting the removal of the portraits. “There is no room in the hallowed halls of Congress or in any place of honor for memorializing men who embody the violent bigotry and grotesque racism of the Confederacy.” This is a symbolically weighty and welcome start, but if the House of Representatives truly wants to embody the change they’d like to see in the nation, much more work has to be done. 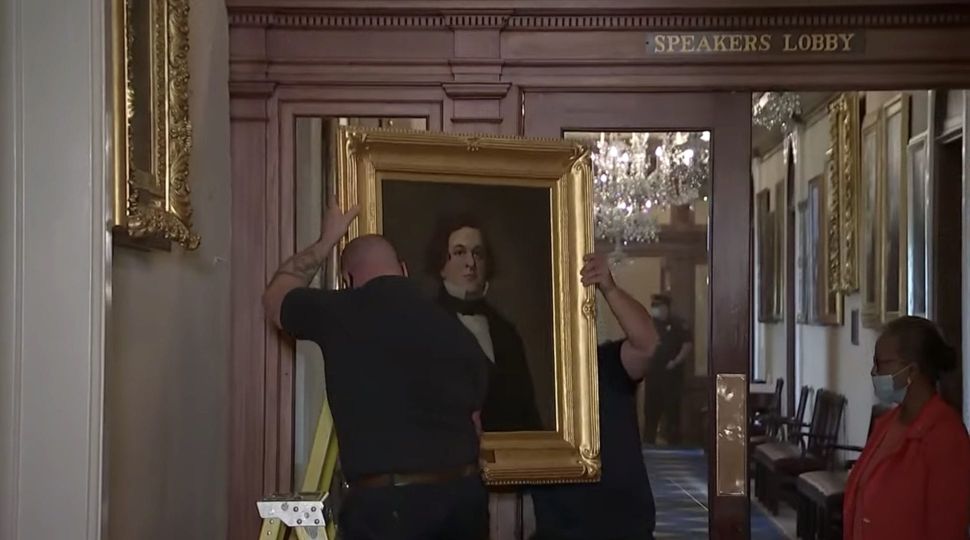